This year’s edition of the Polish & Slavic Federal Credit Union’s Scholarship Program, which has supported the educational dreams of the Polish-American youth since 2001, set two significant records. 488 young PSFCU members were granted scholarships this year, with the total amounting to $551,000 i.e. $51,000 more than the previous record. PSFCU Board of Directors decided to raise this year’s scholarship budget so that every applicant who met the formal program requirements could receive an award. 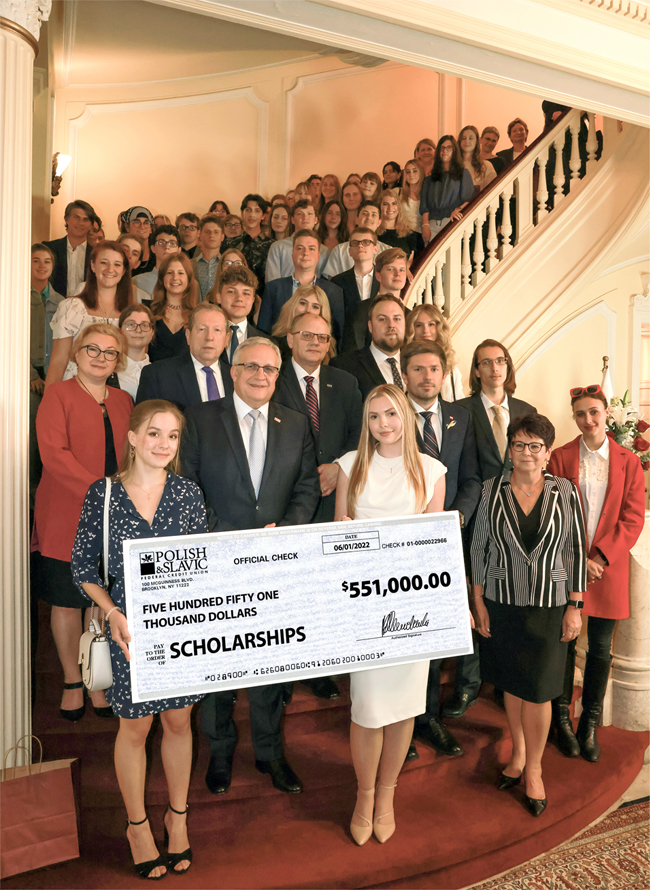 Award ceremonies for the scholarship program took place on June 1 at the Consulate General of the Republic of Poland in New York and on June 2 at the Cracovia Manor in Wallington, New Jersey, while the Mid-West District ceremony was held on June 4 at the Polish Museum of America in Chicago, Illinois. Majority of scholarship recipients attending the ceremonies were accompanied by their extremely proud parents.

PSFCU President/CEO Bogdan Chmielewski welcomed the recipients at the New York ceremony stressing the importance of ties between the Credit Union and the Polish American community. “Investing in the young generation is the best investment our Credit Union could make,” Mr. Chmielewski said. “I congratulate you on the success you have already achieved and I wish you much success in your further professional life, so that you could also translate your academic and professional success to some extent into the success of our entire ethnic group in the United States.” 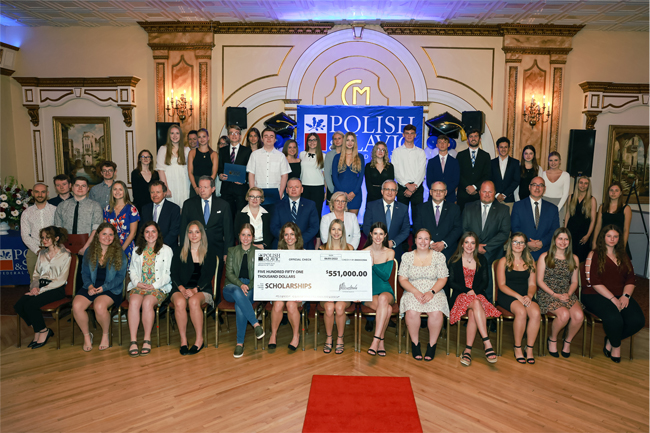 Commemorative photo of PSFCU scholarship recipients at the ceremony held in Wallington, NJ

First Vice-Chairwoman of the PSFCU Board of Directors, Ms. Malgorzata Gradzki could not hide how proud she was with the young PSFCU members. “We are very proud of you and we hope that in your future career you will not forget about the Polish & Slavic Federal Credit Union,” she said. “I hope that you will all live the issues of the Polish American community - because one of the goals of our program is to encourage you to participate in the initiatives of our ethnic group, in its cultural events, and in our community organizations.”

As in previous years, this year’s edition of the PSFCU scholarship program consisted of two separate parts: for college-bound high-school graduates and for current university students. The program for high-school graduates was coordinated by the New York Credit Union Association. In addition to evaluating the submissions of applicants from several dozen New York credit unions, NYCUA also granted forty five scholarships to the best applicants. Fifteen of the forty five scholarships were issued to young PSFCU members. 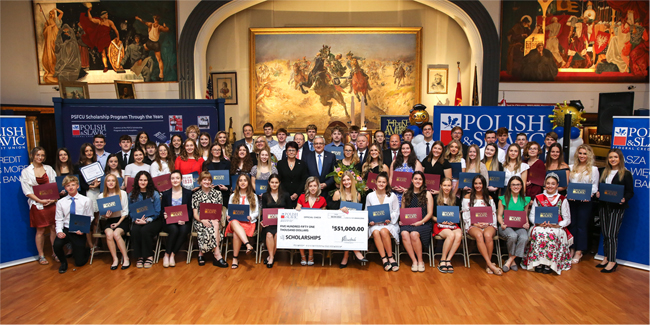 In Chicago, IL, the ceremony was held at the Polish Museum of America

The program for current university students is an autonomous PSFCU program. Applicants were evaluated by college professors based on their study results, as well as active participation in the life of the Polish American community.

Since the inception of its scholarship program in 2001, Polish & Slavic Federal Credit Union has issued over six and a half million dollars in scholarships to a total of over 5,500 students.