Gymnast Paul Juda became the Polish & Slavic Federal Credit Union’s 2021 Rising Star. The 20-year-old member of the U.S. national gymnastics team received on Monday the title and a scholarship in the amount of $5,000.

Paul Juda, resident of Deerfield, Illinois, is a PSFCU Member and a 3rd year psychology student at the University of Michigan, where he also practices gymnastics. He is a member of the U.S.gymnastics team and in 2019, he won a bronze medal at the US national championships on the horizontal bar. "This award will motivate me to work even harder and represent the University of Michigan, the Polish-American community and the United States in the best possible way in the upcoming sports events," said Paul Juda. He admitted that his goal is to perform during the Olympic Games in Paris in 2024 and to win a medal for the U.S. national team. 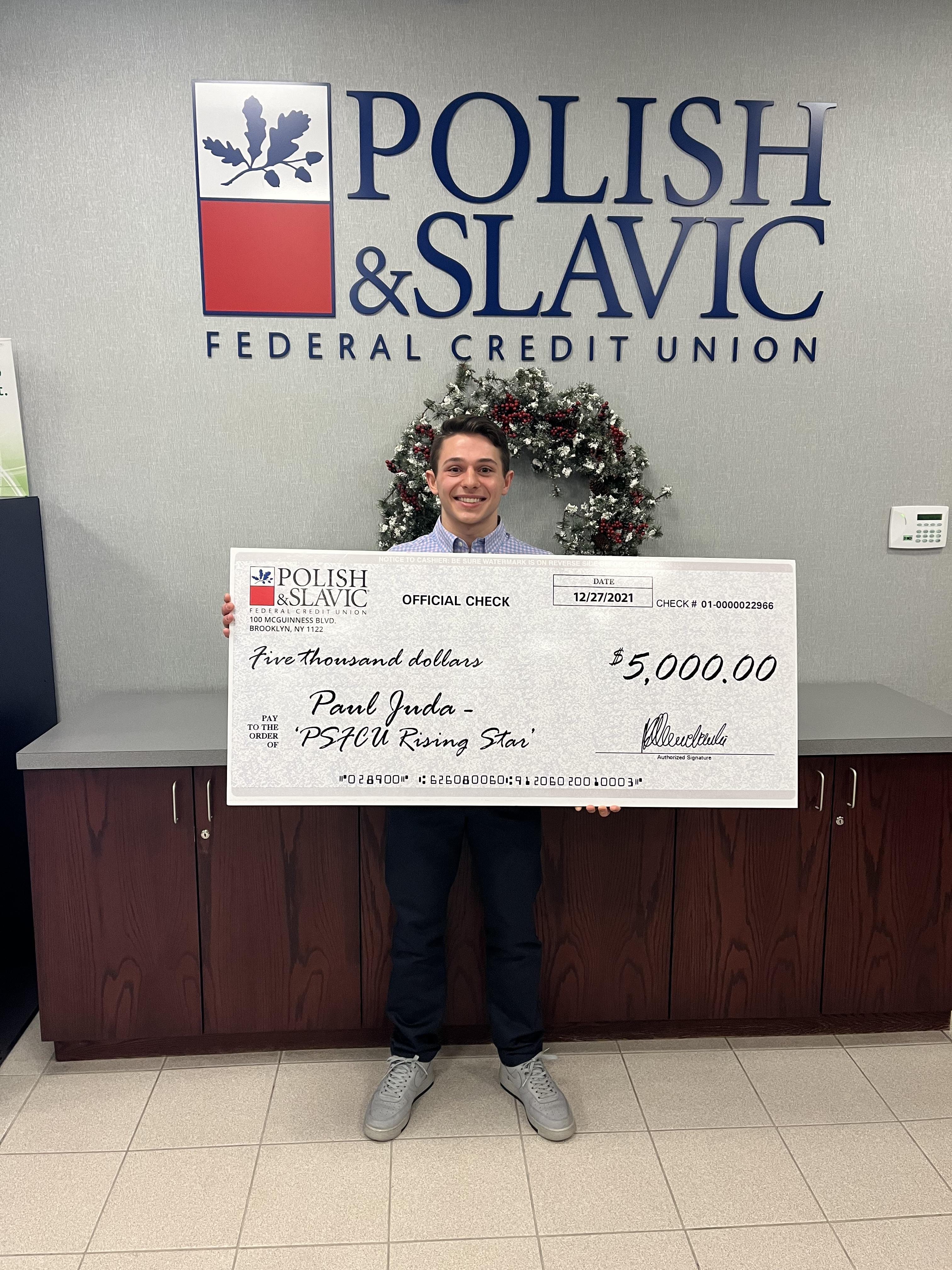 The laureate dedicated the scholarship and the title of the PSFCU Rising Star to his parents - Ewa and Jozef - who left Poland years ago to settle in the United States where, even though they "had neither money nor contacts," they were able to ensure the well-being of themselves and their children. “This award is also a tribute to my parents, thanks to whom I have been able to practice gymnastics for over 15 years. I remember the taste of so many lollipops that I received when we came with my parents to our Credit Union branch to deposit their hard-earned money into the account," said Paul Juda. 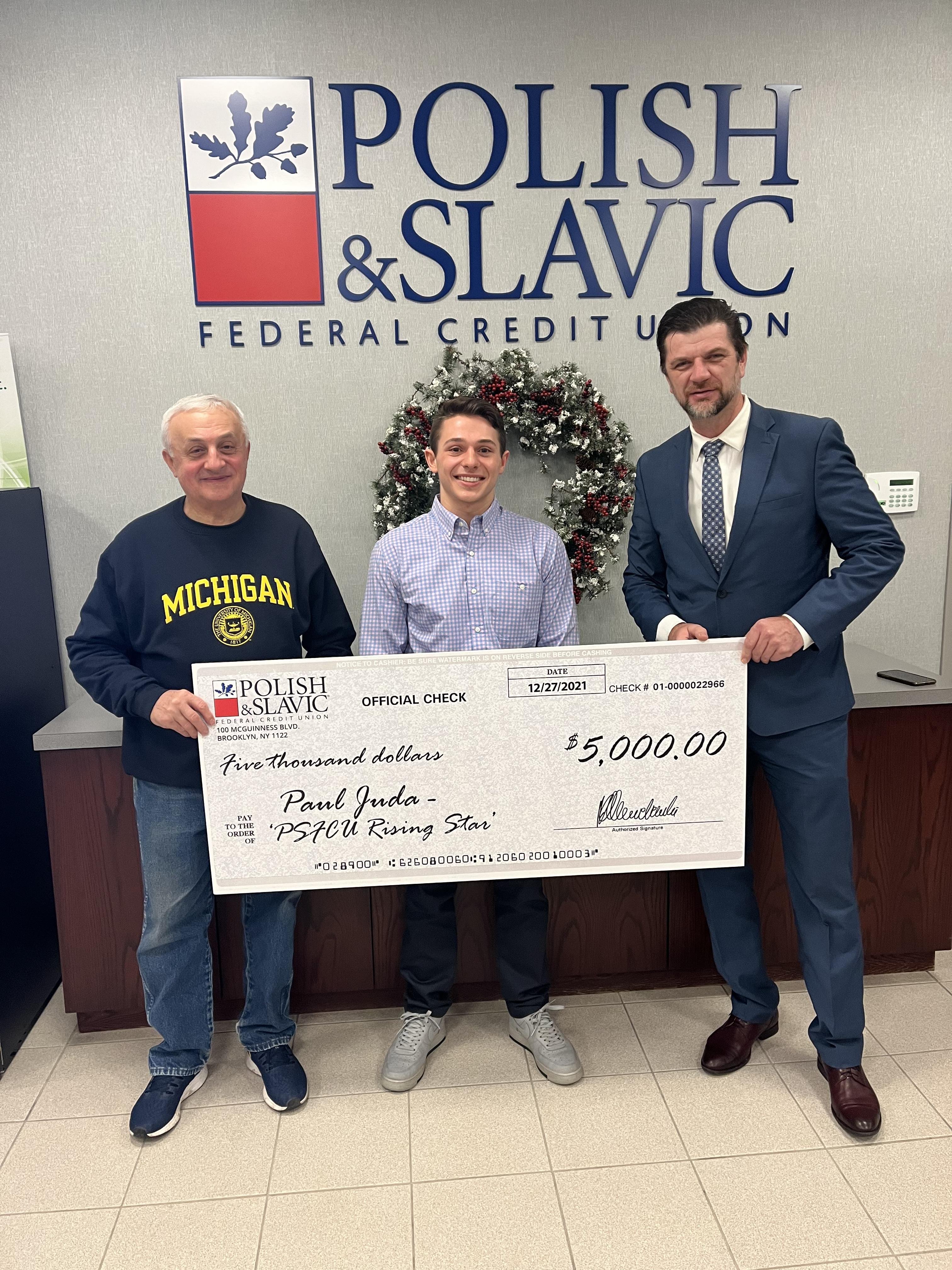 The award and the accompanying check for $5,000 were presented to Paul Juda at the PSFCU branch in Bridgeview, IL by a member of the PSFCU Board of Directors, Bogdan Ogorek. “We are proud at our Credit Union that we can support such a talented athlete. We are very happy that the Polish & Slavic Federal Credit Union has such bright and talented members," director Ogorek said during the award ceremony. He added that the awarded gymnast impressed him with his "diligence, honesty and openness" and the fact that "he is a man who lives his passion." 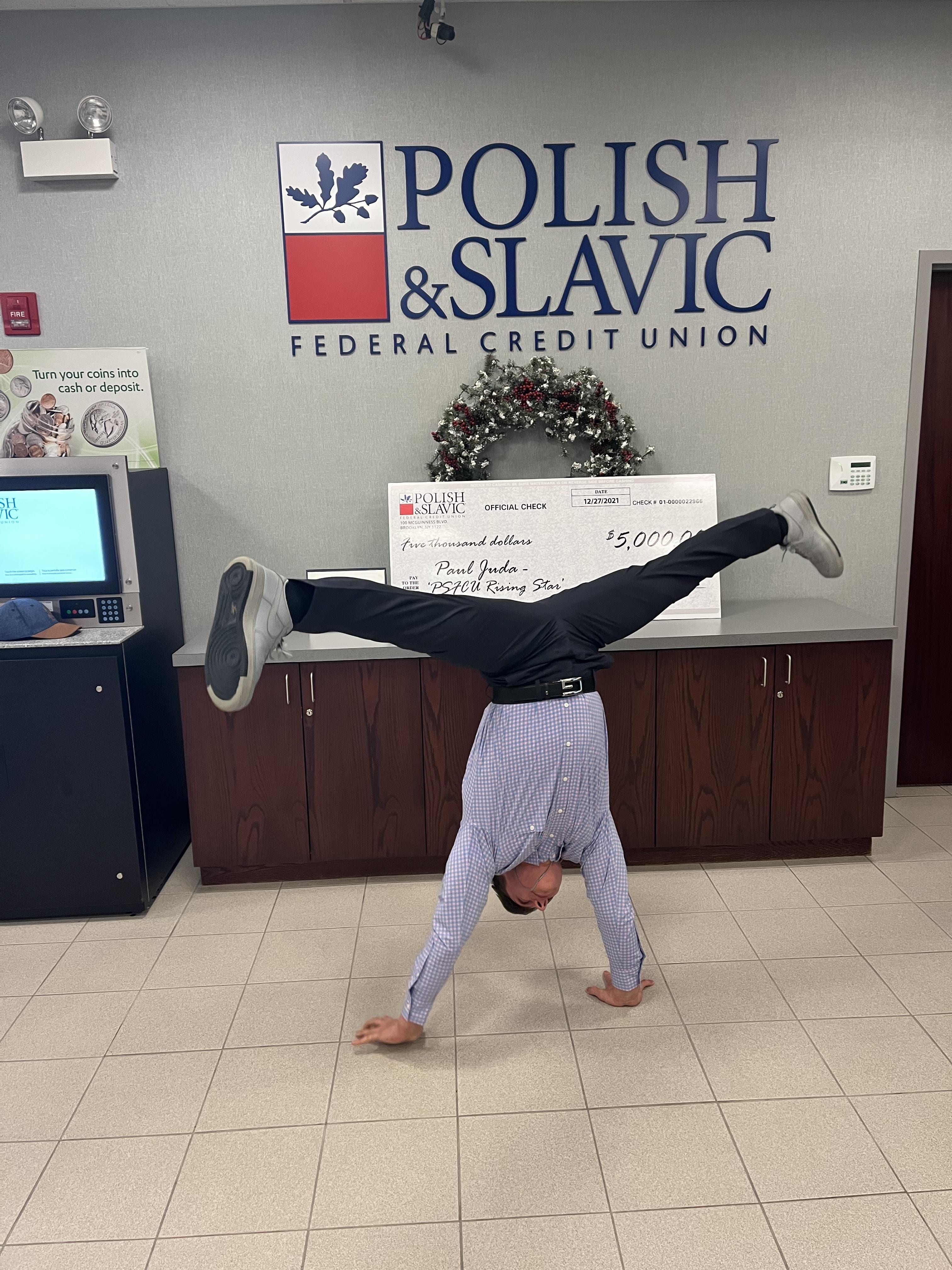 The PSFCU Rising Star scholarship has been awarded for the fifth time. The award was established in 2014 as part of the PSFCU Scholarship Program to reward young members of the Polish & Slavic Federal Credit Union based on a candidate's specific achievements in "the field of science, sports, music, art, leadership or special talent, documented on the national or international level." Previous scholarship winners include: swimmer Michal Domagala (2014), Monika Aksamit - bronze medalist in fencing at the Rio De Janeiro Olympic Games in 2016 (2016), gymnast Tymoteusz Kutyla (2018) and singer Natalia Kawalec (2019). 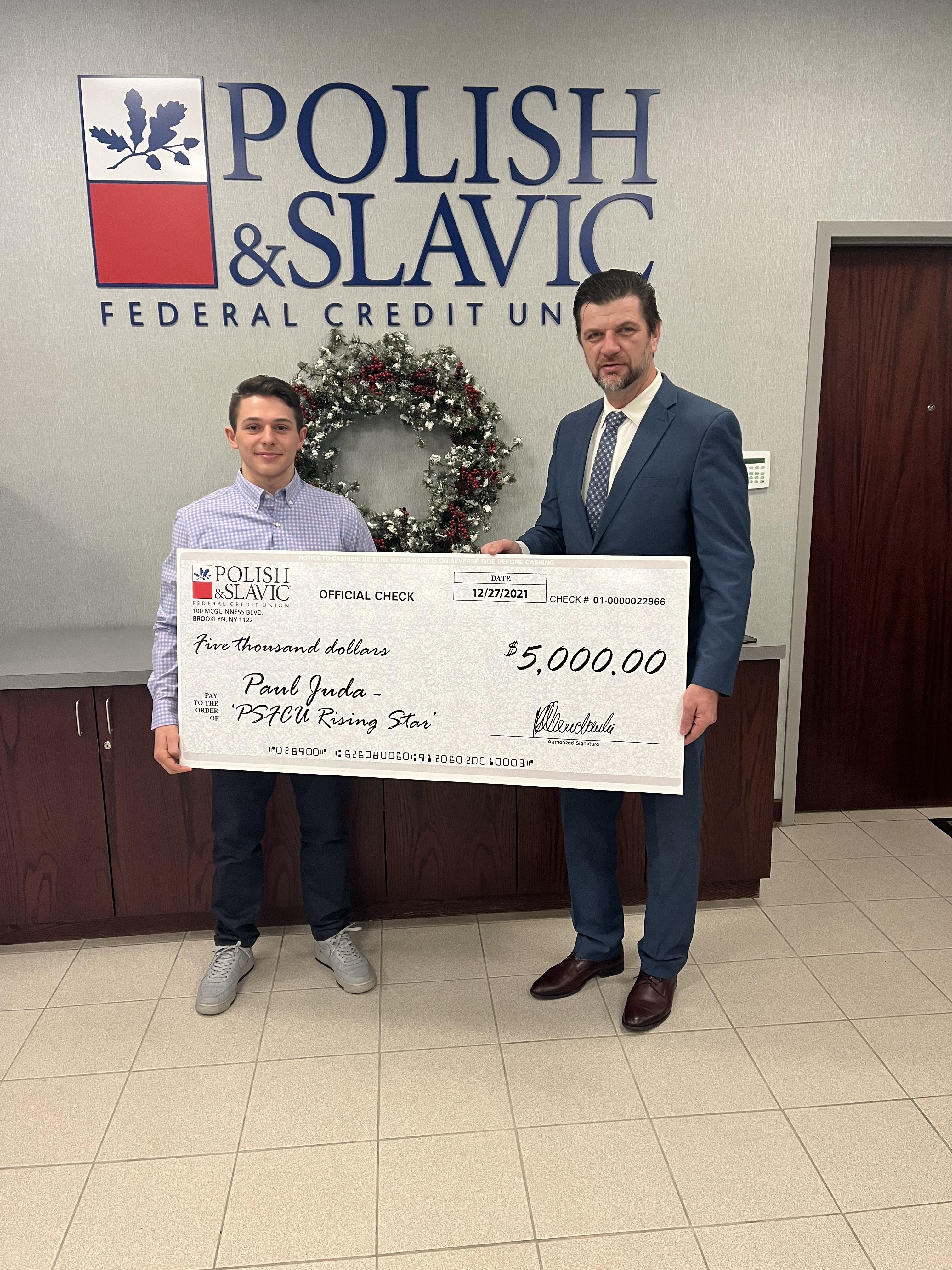