Home > About Us > News > In Memory of General Pulaski

As every year, the contingent of the Polish & Slavic Federal Credit Union took part in the Pulaski Day Parade in New York.

Nearly 250 employees, volunteers and their families marched down Fifth Avenue in Manhattan waving white and red flags on the first Sunday of October. One of the two PSFCU floats presented to the crowds featured the Szafranski Sisters vocal trio from Chicago, singing patriotic songs relating to the 100th anniversary of Poland’s regaining of independence. 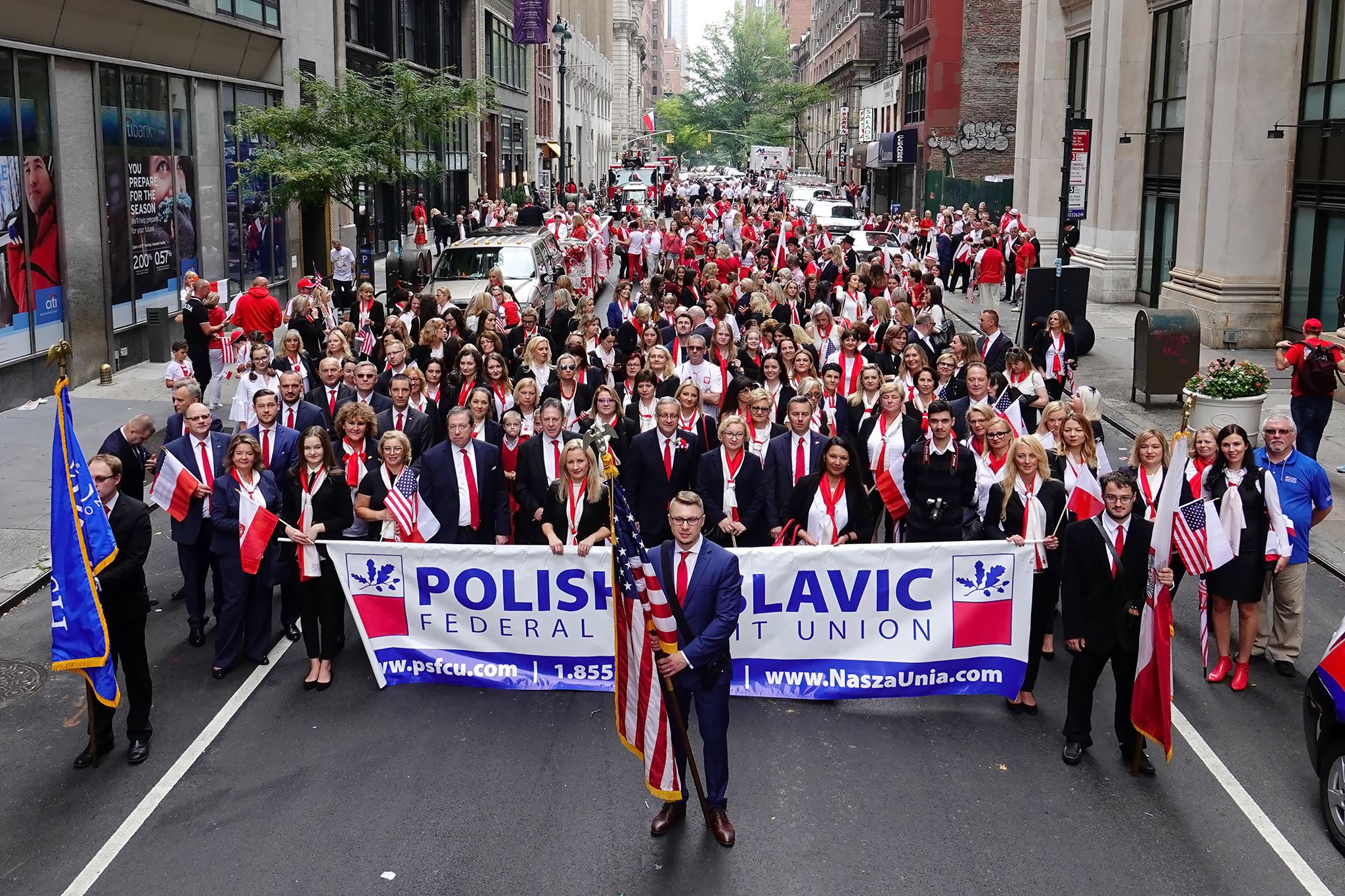 Our Credit Union representatives were also present on October 14 at Philadelphia’s Pulaski Day Parade, which marched through the streets of Center City for the 82nd time.