The White & Red Flag with an Anchor Flies over New York

The White & Red Flag with an Anchor Flies over New York

A white and red flag with an anchor symbolizing Fighting Poland was raised over the Polish neighborhood of Greenpoint. It was hoisted at exactly the same time as “W Hour” which started the Warsaw Uprising 74 years ago on August 1, 1944. The flag will wave in front of the Polish & Slavic Federal Credit Union until October 2, for 63 days, the time that the Uprising lasted.

Sharp at 11 a.m. New York time, with the roar of fire sirens and the engines of the Unknown Bikers motorcycles, Mieczyslaw Madejski, a Home Army soldier code-named Marek who commanded the Topolnicki platoon of the Zoska battalion in the Uprising, raised the flag up the mast. This is the third time that the white and red flag with an anchor will commemorate the heroes and victims of the Warsaw Uprising and remind people of the Polish Underground State. 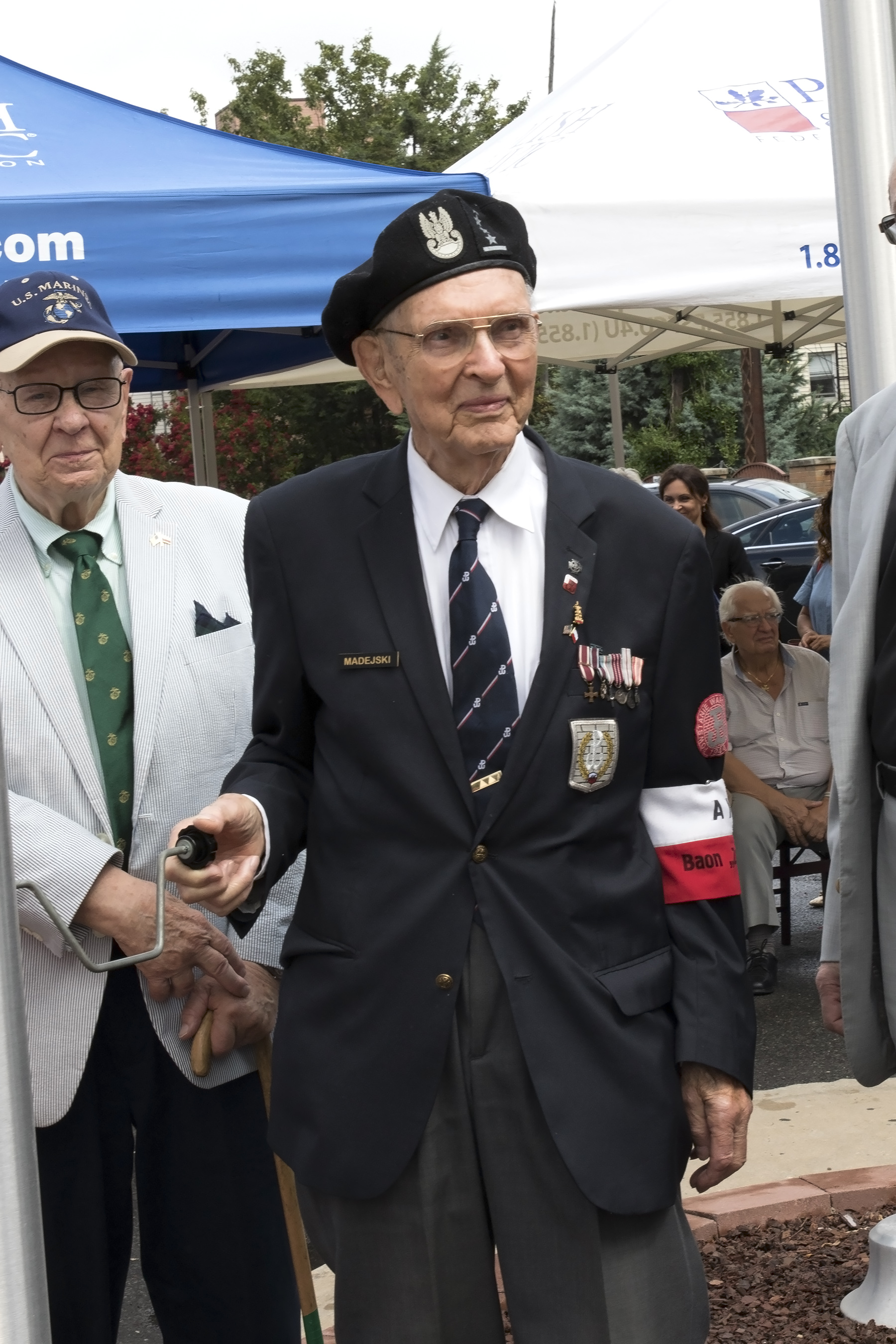 “Regardless of where we live, as Poles we must remember the Warsaw insurgents, the heroes and the victims of this uprising. It is thanks to them, and thanks to the heroes of subsequent uprisings in June 1956, December 1970, and Solidarity in 1980, that we have a free and independent Poland,” said PSFCU Chief Executive Officer Bogdan Chmielewski, stating that a similar ceremony was also held at our Credit Union’s Bridgeview branch near Chicago. 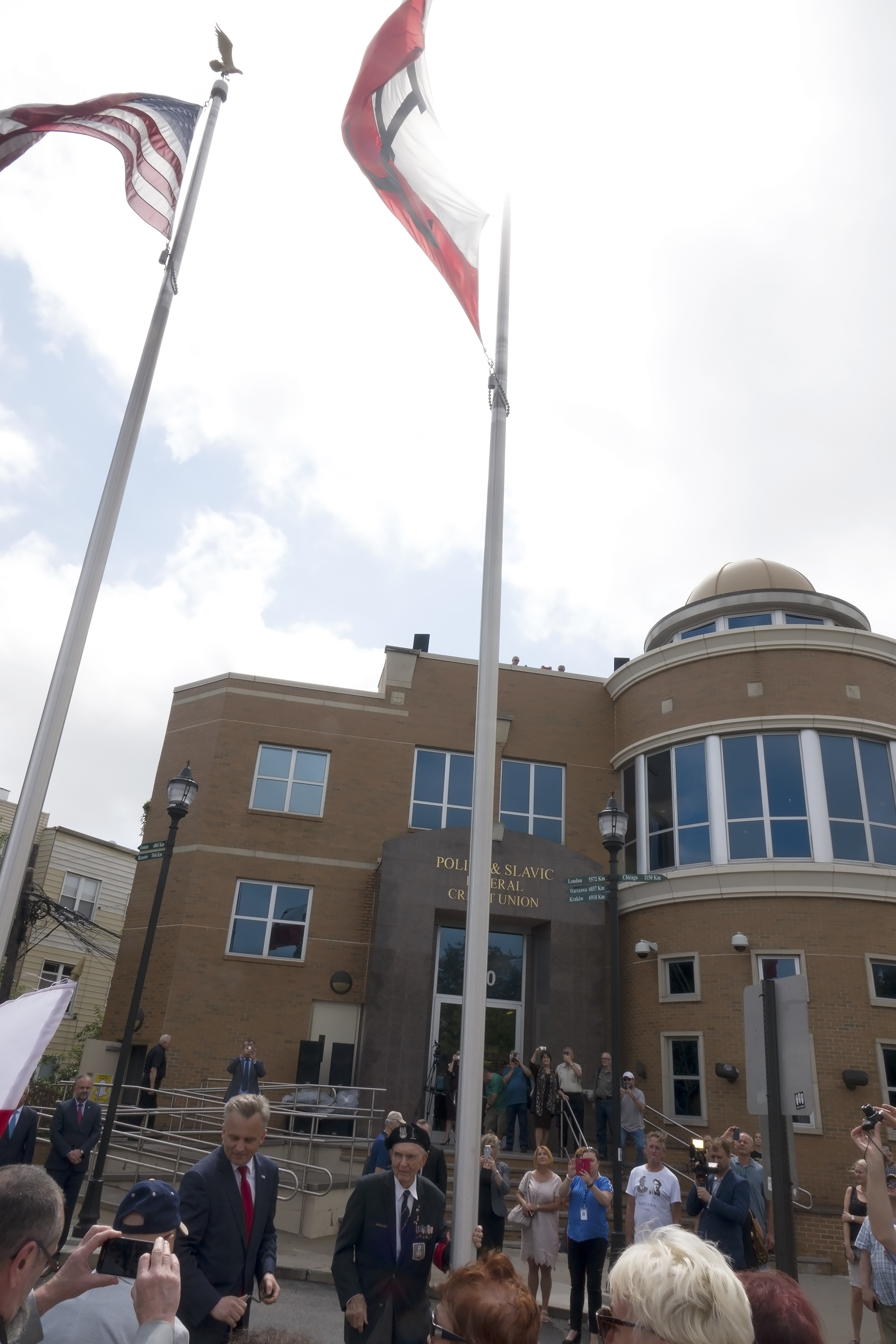 CEO Chmielewski pointed out how important it was to hold such events in New York, the media center of the New World. “It is here in New York that we must promote our values, our love for freedom, and the defense of those weaker than us, which is especially important now, when for over ten months we Poles have been exposed to attacks by the media. Let us make use of these 63 days when the insurgent flag will be waving, to show our American friends the values that we represent as Poles and the Polish community,” said Chmielewski. 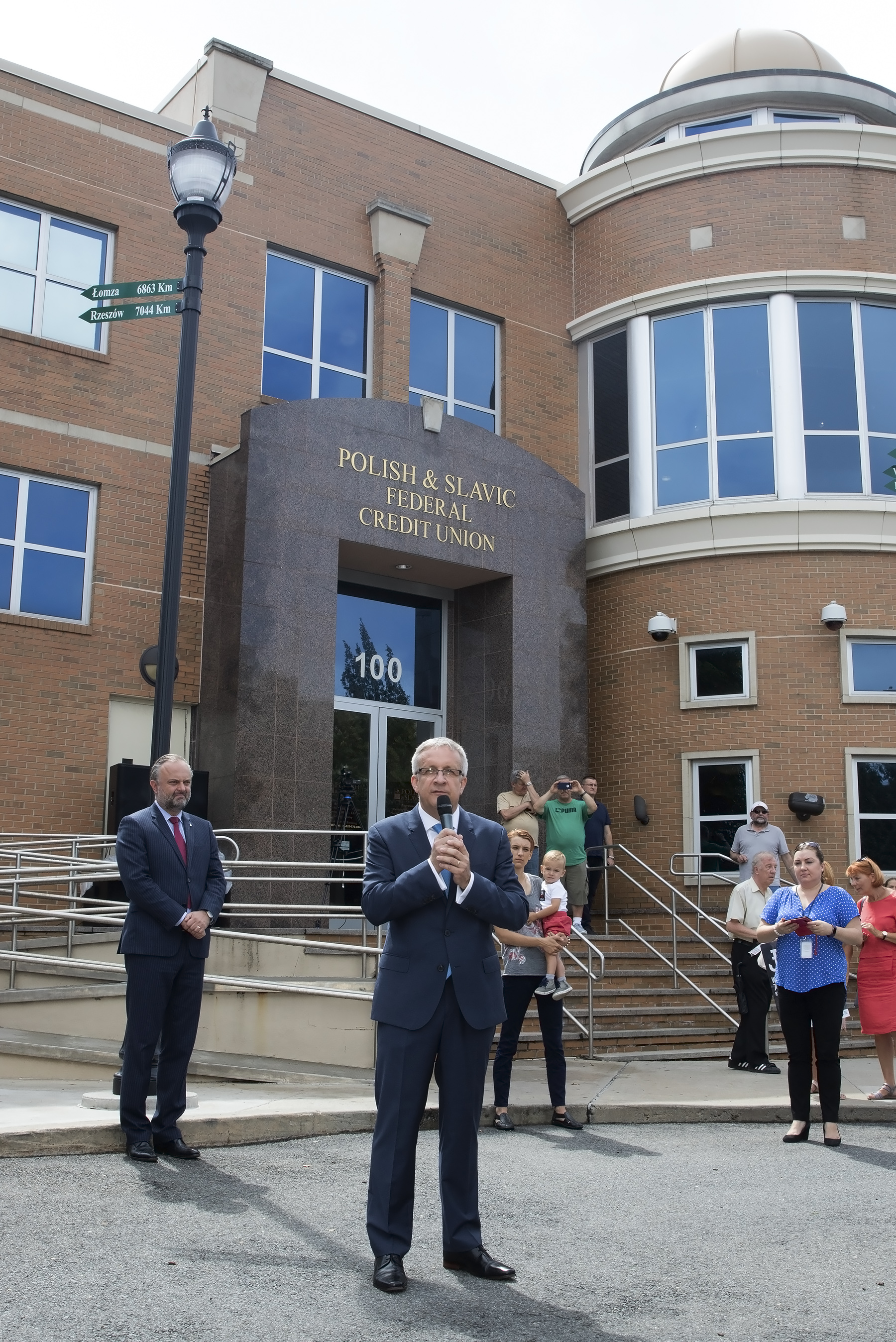 “Thank you for remembering that you are proud to be Polish. We will keep up the tradition of honoring the Uprising, because it shows that the Polish spirit lives on and cannot be destroyed,” said PSFCU Board Chairman Krzysztof Matyszczyk. 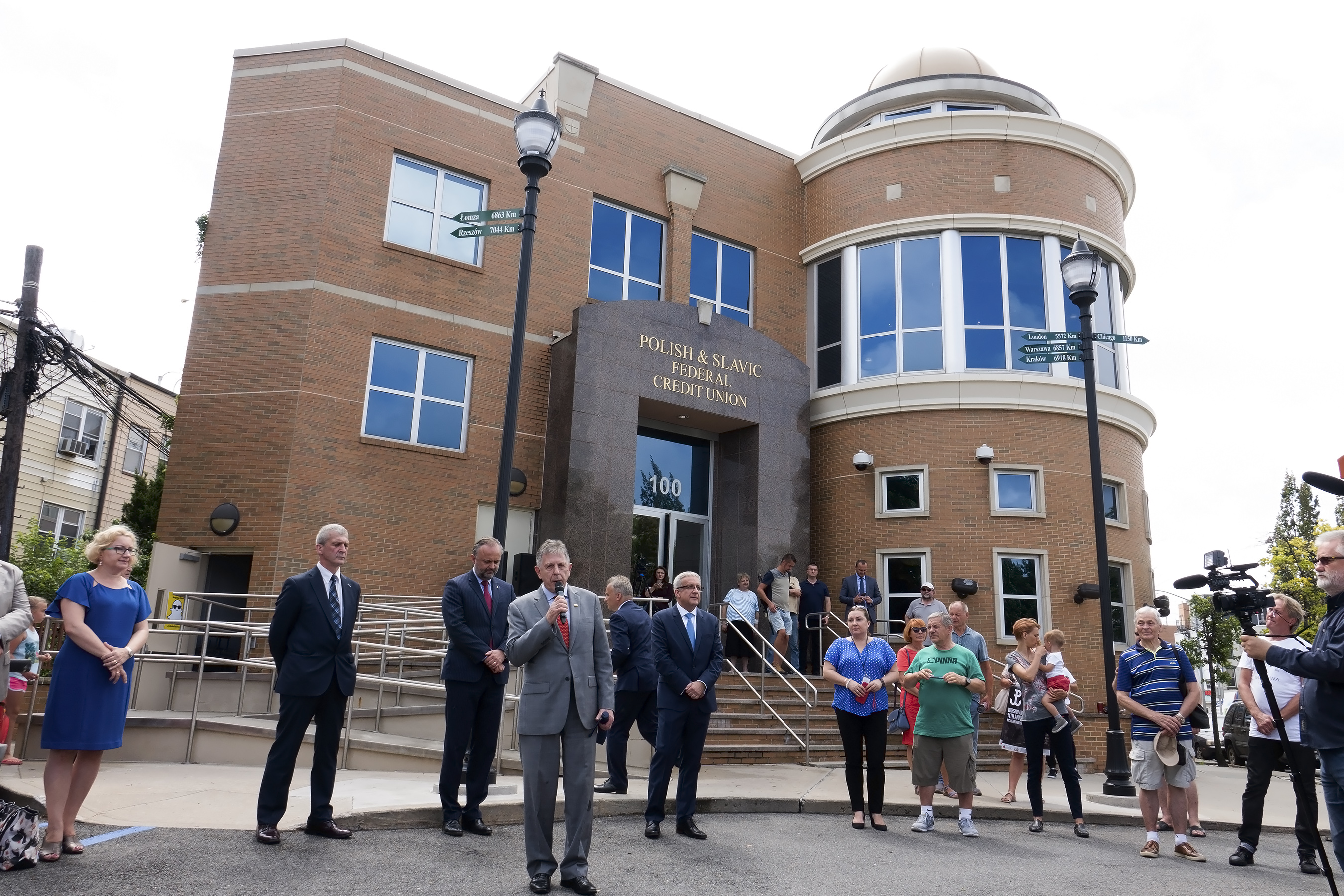 Guests included two Warsaw insurgents: in addition to Mieczyslaw Madejski, also present was Wladyslaw Mazur, who raised the insurgent flag last year. Also in attendance again this year were Polish Saturday school teachers, scouts, representatives of Polish veteran and community organizations, Greenpoint residents and employees of the Polish & Slavic Federal Credit Union. Special posters for the anniversary of the Warsaw Uprising were provided by Polish businessman Gregory Fryc, who personally distributed them during the ceremony. 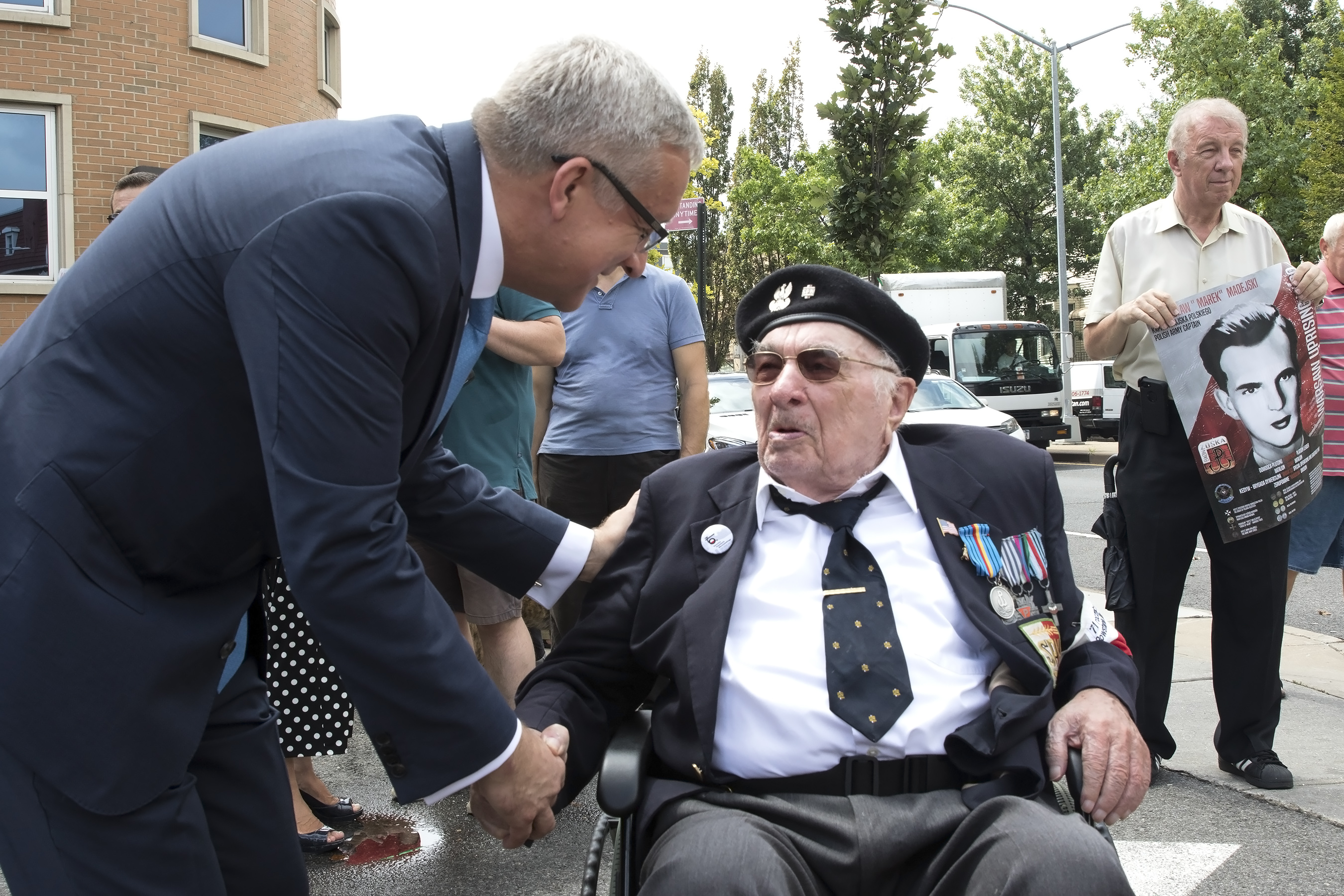 “I would like to thank the Polish & Slavic Federal Credit Union for such a fantastic ceremony commemorating the Uprising. I am here for the second time and intend to be here every year. I am also grateful to you, our wonderful New York Polish community, who are truly patriotic and raising your children in a patriotic spirit. Honor and Glory to the Heroes!” said New York’s Polish Consul General Maciej Golubiewski. 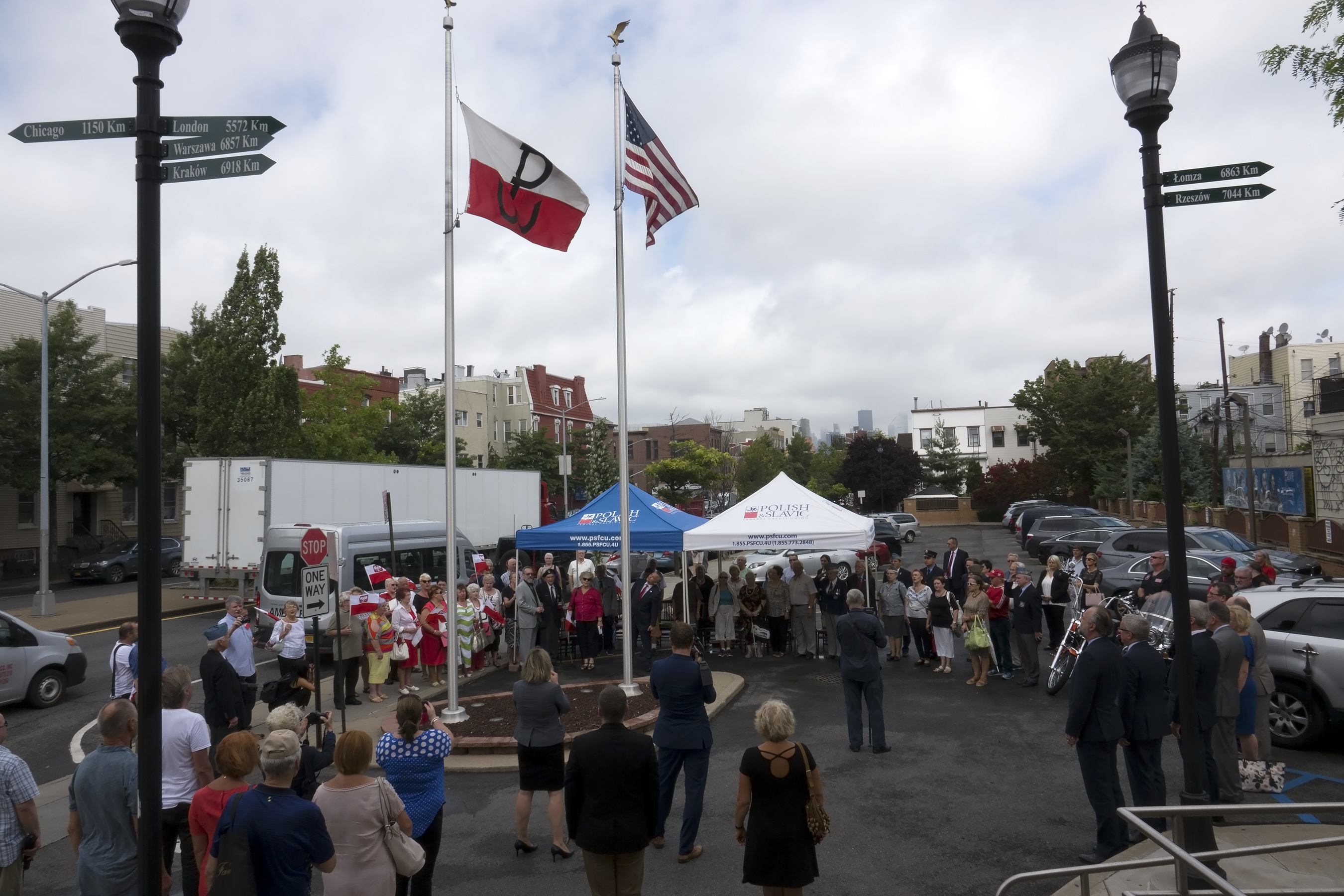 Those in attendance listened to insurgent songs, and the ceremony was capped off as everyone sang one of the best known songs led by the senior citizens from the Amber Senior Club in Greenpoint under the artistic direction of Janusz Skowron. 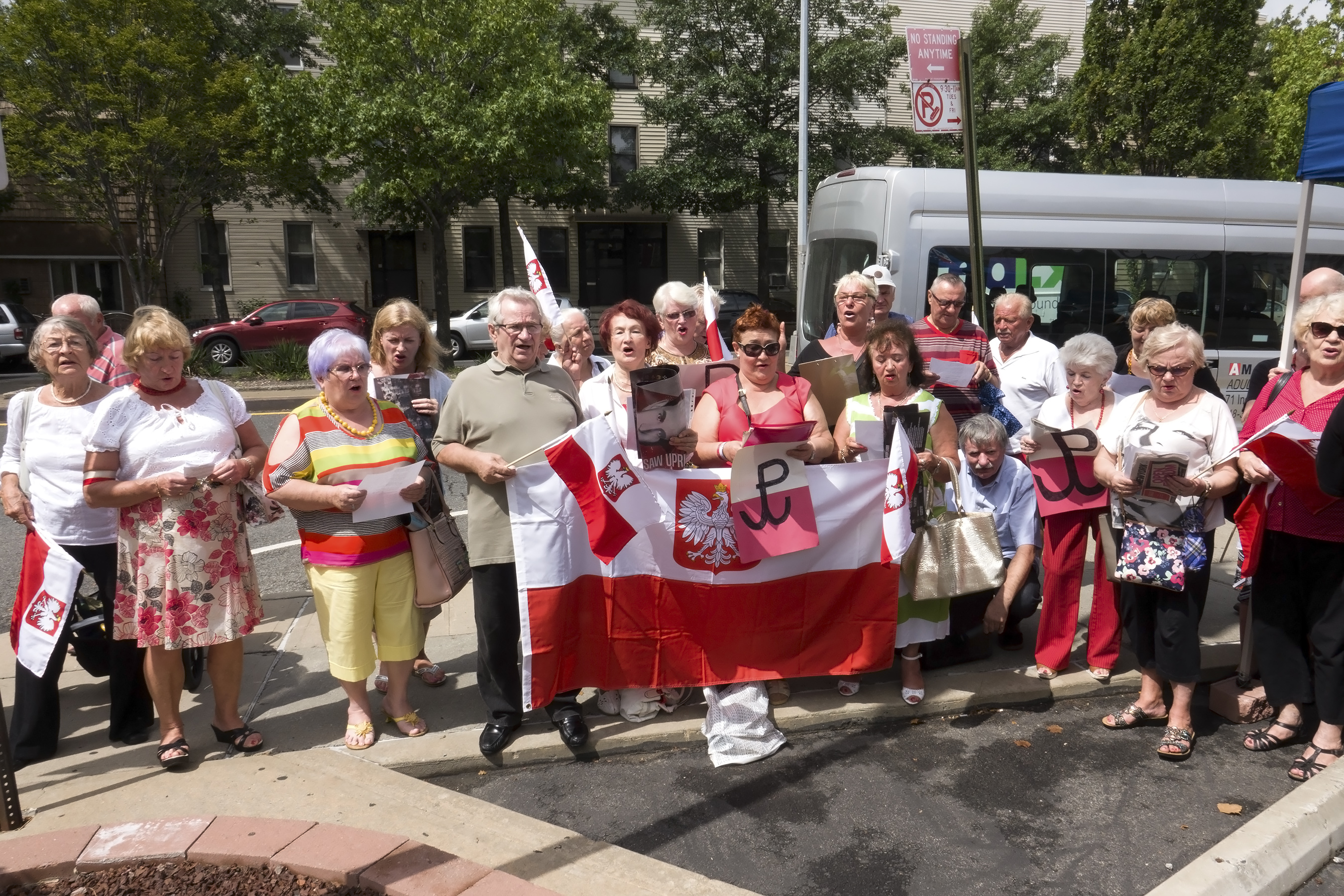