Home > About Us > News > Paderewski at Carnegie Hall

On February 21 of this year New York’s Carnegie Hall was the venue for a gala event commemorating Ignacy Jan Paderewski. The PSFCU was the main sponsor of the celebration organized by the American “Gazeta Polska” Clubs foundation and the Polish Consulate General in New York on the 85th anniversary of the composer’s last concert at Carnegie Hall.

The concert at the renowned Carnegie Hall launched the observance of the 100th anniversary of the regaining of Poland’s independence. During the concert the outstanding American pianist Kevin Kenner and three Polish piano competition winners, Szymon Nehring, Lukasz Krupinski and Marek Brach, presented the works of Paderewski and Frederic Chopin. 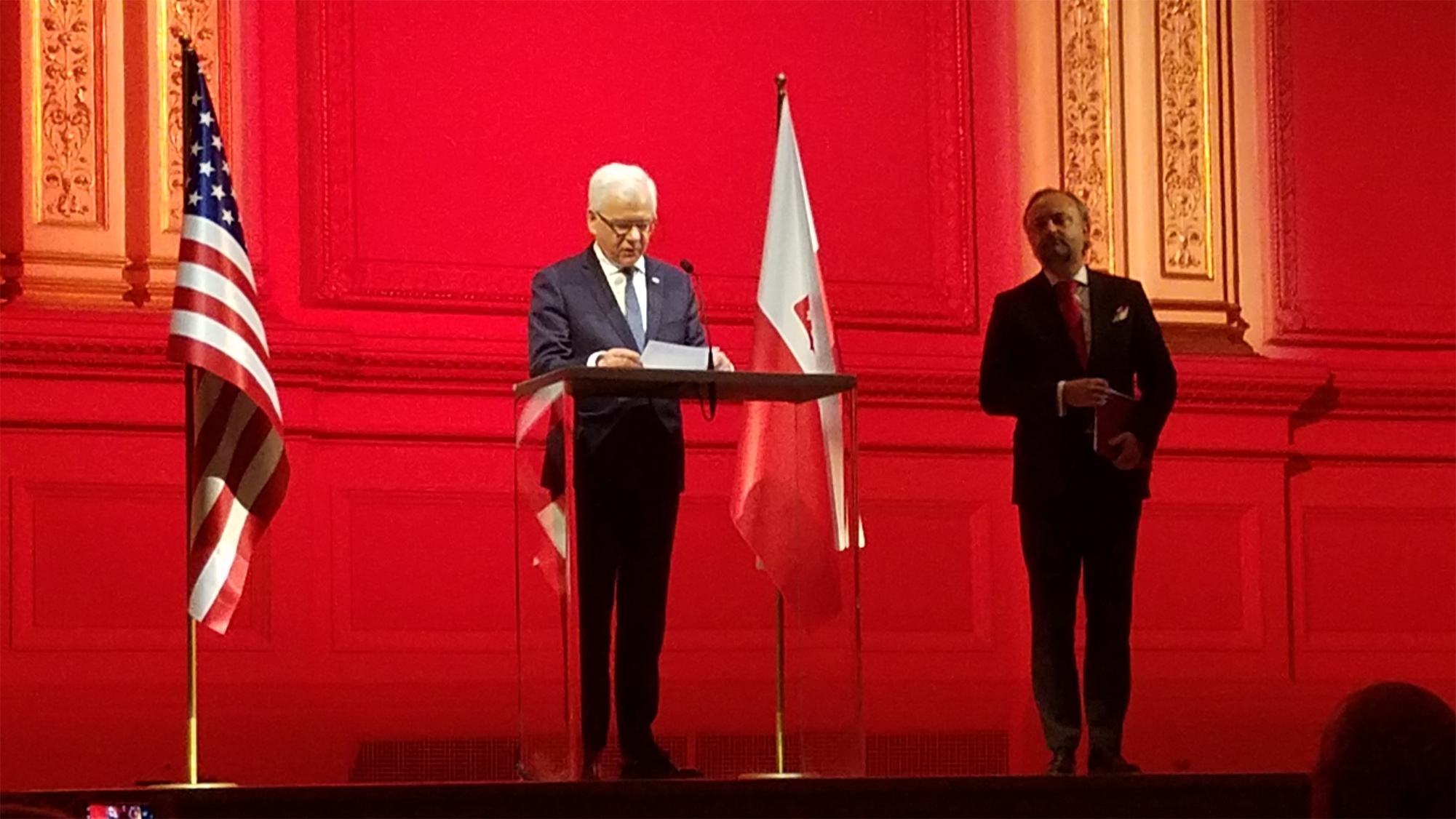 The Paderewski gala at Carnegie Hall was not just a coincidence, because the virtuoso pianist of his day performed there nearly 90 times. The audience of 2000 included Foreign Minister Jacek Czaputowicz, Deputy Speaker of the Polish House of Representatives Beata Mazurek, members of the Polish community and diplomats from worldwide. The Polish & Slavic Federal Credit Union was the main sponsor of the grand concert.