The President of Poland in New Jersey

Home > About Us > News > The President of Poland in New Jersey

The President of Poland in New Jersey

President of Poland Andrzej Duda met with the Polish-American community during his visit to the United States. Almost a thousand people attended the meeting held at Cracovia Manor in Wallington, New Jersey.

President Duda thanked the Polish-American community for its support of Polish interests in the United States. “You helped Poland enter NATO, and because of you, US soldiers are in Poland now and President Donald Trump has a positive attitude toward Poland,” said President Duda in Wallington. “Whenever I have the opportunity to talk to President Trump, he emphasizes his great liking and respect for the Polish people. The attitude of the United States President toward our country is also the result of your support,” he added. 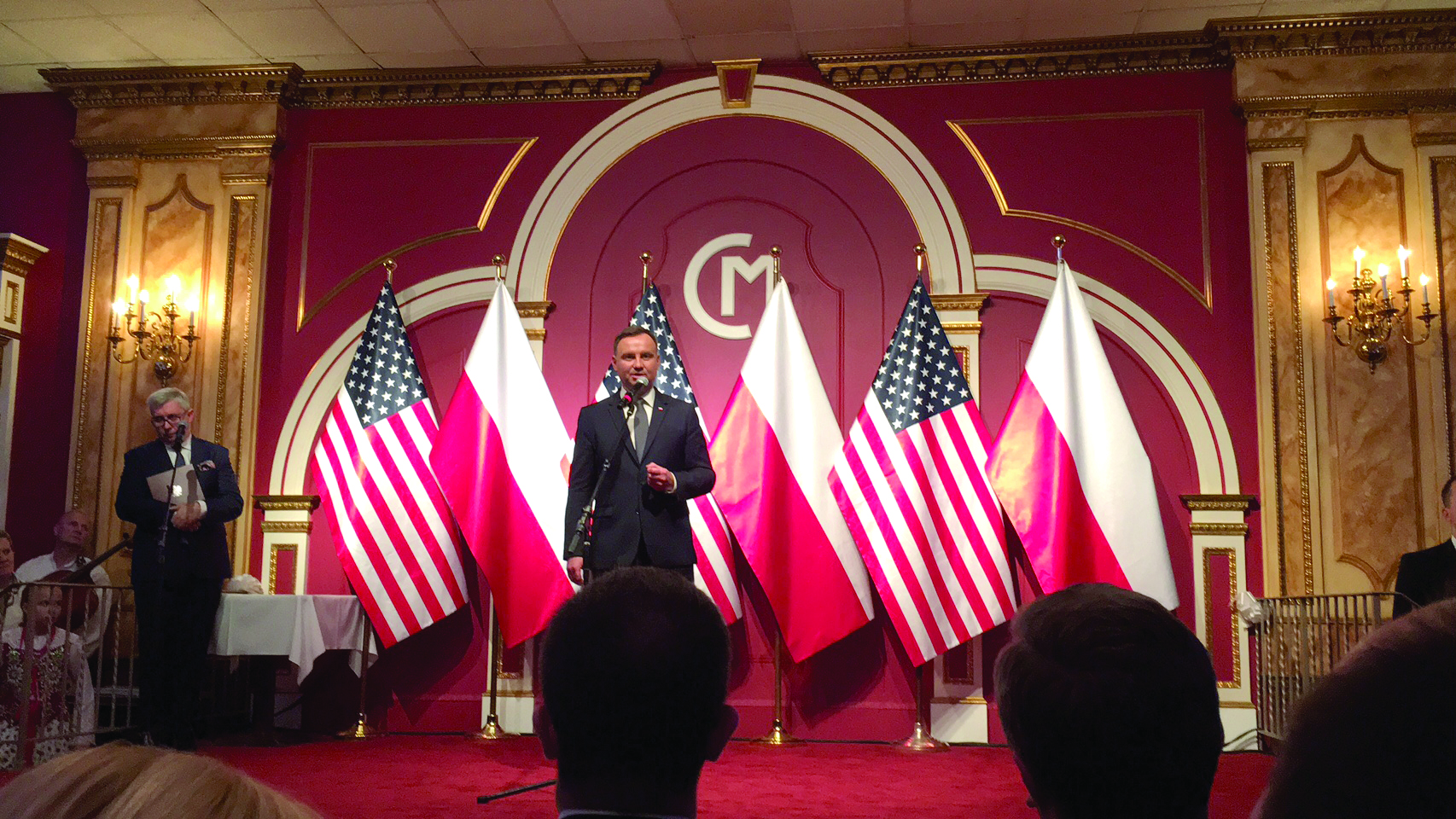 There were four hundred guests in the Cracovia Manor ballroom and the rest gathered in the surrounding streets, watching the meeting on a special monitor funded by the Polish & Slavic Federal Credit Union. In his speech, President Andrzej Duda thanked our Credit Union “for your scholarship program, which enables students from the USA to travel to Poland for internships in public administration." He also encouraged Polish people to obtain school identification cards for their children attending Polish language schools in the USA. The President pointed out that he initiated legislation on the school identification cards, which entitle young people to such things as discounted public transportation in Poland, making them feel equal to their peers in Poland.

The President also encouraged Polish people to get involved in the 100th anniversary of Poland’s regained independence next year. “I invite you and hope that at least some of you will be able to visit Poland next year. But also, here where you live, I would like you to hold various events cultivating our great traditions, showcasing our national heroes, the fathers of our independence, to make your children aware of the fortunes of our homeland, “ appealed President Duda. 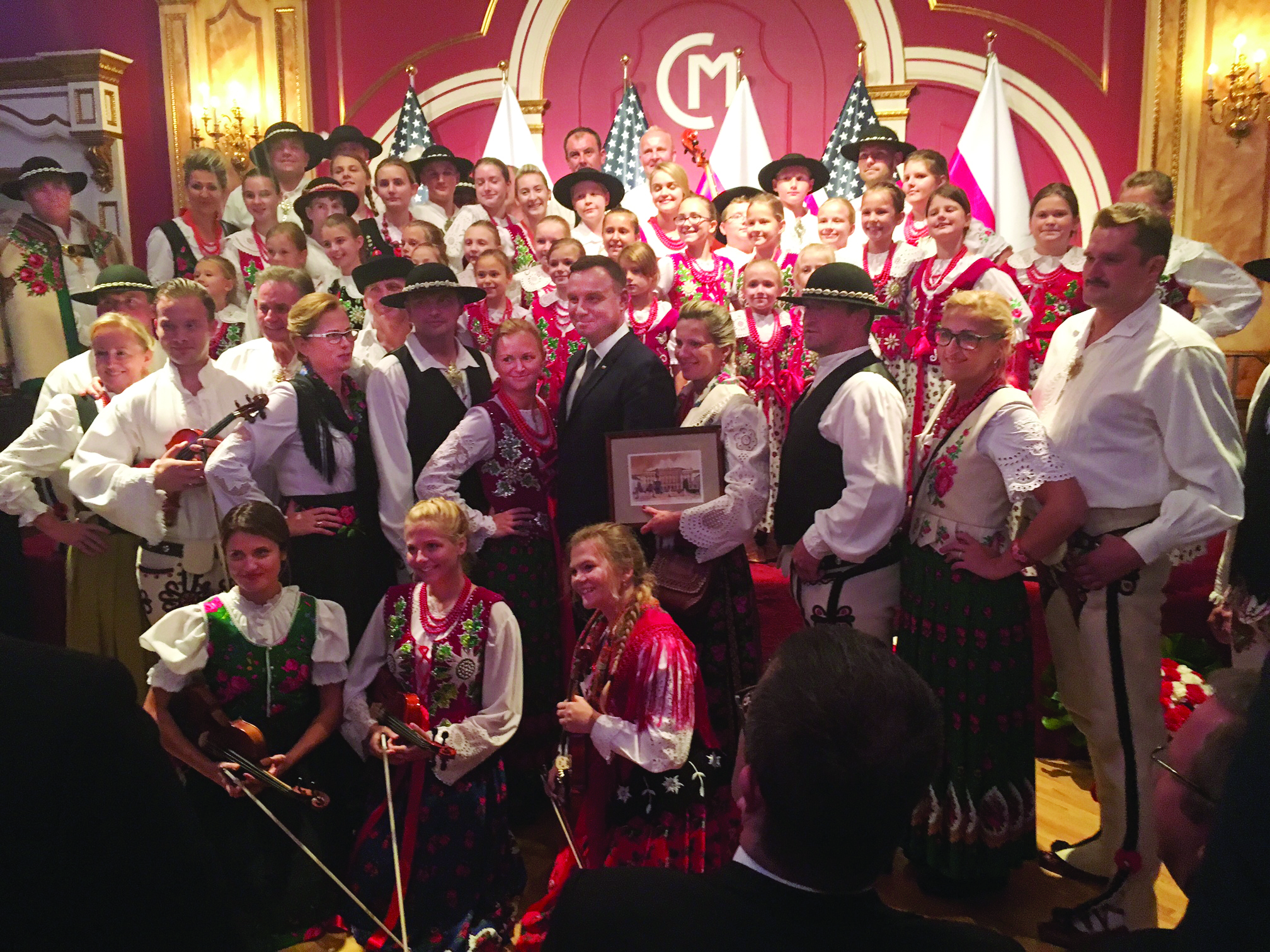 Wallington Mayor Mark Tomko gave the Polish President the keys to the city, saying that “over half of our residents have declared they are of Polish origin. Then President Duda awarded national decorations to people for their outstanding work for Polish community causes. Reverend Andrzej Ostaszewski was honored with the Officer’s Cross of the Order of Merit of the Republic of Poland. Knight’s Crosses of the Order of Merit were awarded to Thomas John Duch, Jan Kaczmarek, Rev. Felix Raymond Marciniak, ElÅ¼bieta Pawluczuk, Walter Wargacki and Jerzy StanisÅaw WikieÅ.

Reverend Ostaszewski spoke on behalf of the award winners. “We want to thank President Duda for his presence here with us, for his work for the welfare of the Polish community, and for his openness to the affairs of Poles living outside of Poland. President Andrzej Duda is the first President who is not afraid of a strong Polish ethnic community, and who opened the door for the ideas and thoughts of those living outside of Poland; he is the first President who has listened to the voice of the Polish community,” said Reverend Ostaszewski. “I think it is a miracle to have him as our President at a time when leftists and liberalism have taken hold of Europe and other countries in the world. It is a miracle like the one which occurred during the recent presidential election in the United States,” added Reverend Ostaszewski.. During the ceremony, President Duda had the opportunity to watch a performance by the children’s folk dance group operating at the Kazimierz Przerwa-Tetmajer Memorial Polish Highlanders Association of New Jersey.