Andersâ Army at the PSFCU

Home > About Us > News > Andersâ Army at the PSFCU

Anders’ Army at the PSFCU

Our Credit Union hosted the exhibition “Anders’ Army – the Trail of Hope”. The exhibit in Polish and English was on display at the PSFCU branch at 100 McGuinness Boulevard in Greenpoint NY from March 10 to 25.

The exhibition was officially opened by Polish Senator Anna Maria Anders, the daughter of General Wladyslaw Anders. “The idea of the exhibition originated in 2016, when my associate Arkadiusz Urban proposed that we honor the 75th anniversary of the formation of General Anders’ Army in some way. Next year we will definitely expand it with additional subject matter. I am proud that the exhibition has already been shown in so many places, and that it tells of the achievements of splendid Polish soldiers, including my father. We have to build our future using the best examples,” pointed out Senator Anders. Especially moving was the Senator’s meeting with 92 year-old Anthony Chroscielewski, Commander of District 2 of the Polish Army Veterans Association, who traveled the battle trail with her father’s Army, fighting at such places as Monte Cassino. Mr. Chroscielewski was accompanied by his wife Waleria. 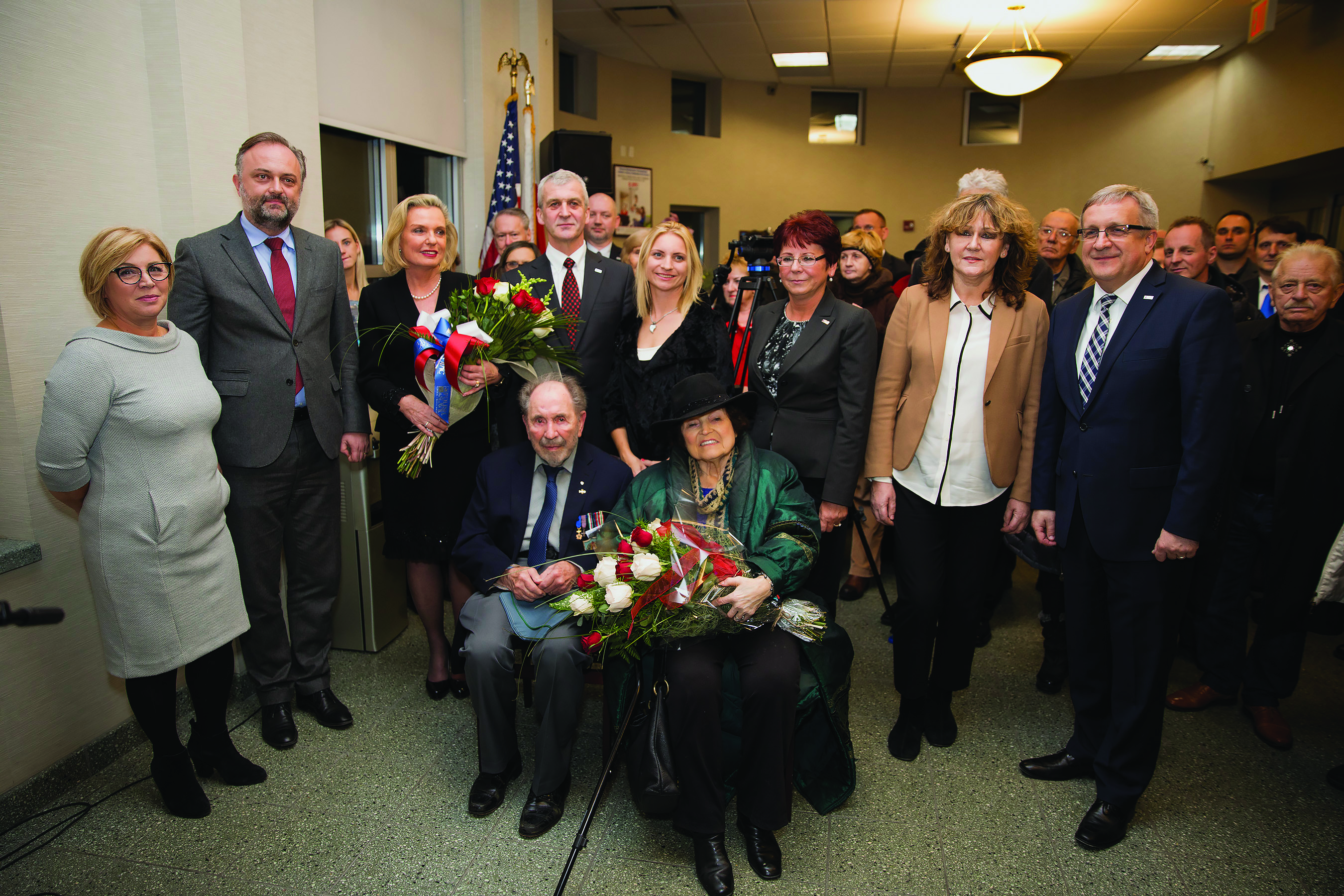 Why is this exhibition here with us? Because our Credit Union is more than a bank. We want to be the leader of the Polish community. We want to not only host, but also create a variety of events,” said PSFCU Board Chairman Malgorzata Gradzki. PSFCU Chief Executive Officer Bogdan Chmielewski reminded us that the soldiers who fought in the ranks of General Anders’ Army traveled over a trail measuring 12,500 kilometers from Siberia, through Tehran and Palestine to Italy, and that 120,000 soldiers and accompanying civilians passed through the trail over the course of 1344 days. “Their achievements show us today the meaning of faith and patriotism, symbolized by the motto ‘God, Honor and Homeland’,” said Board Secretary Marzena Wierzbowska, as she showed the exhibition to guests in attendance. 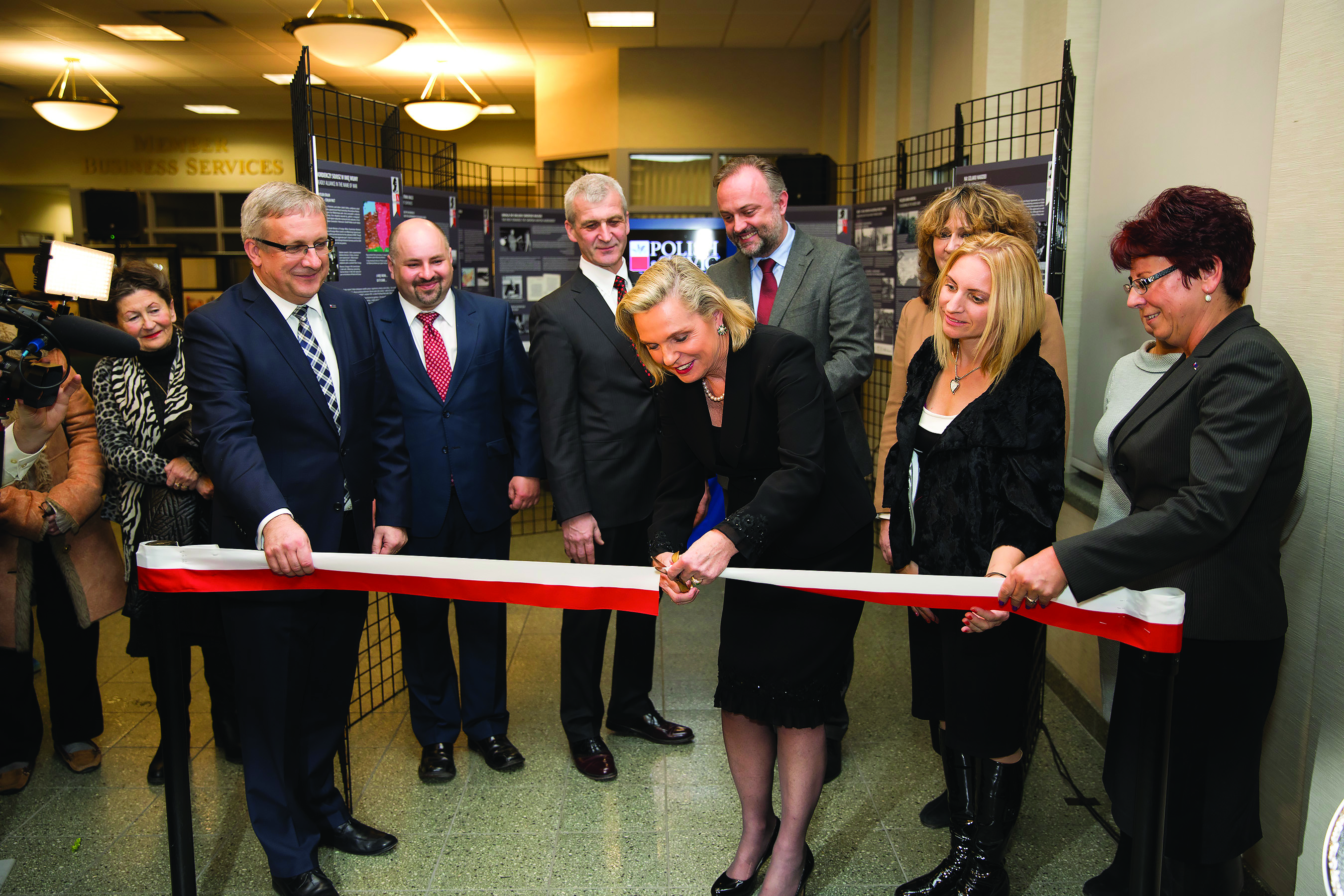 Present at the grand opening was Maciej Golubiewski, Polish Consul General in New York. “The Consulate has always supported such events. We are open to Poles who continue to honor the values we have been taught by the soldiers of General Anders. We are open to everyone for whom God, Honor and Homeland are the most important values,” said Golubiewski. Guests from Staten Island were Bob and Linda Ollis, the parents of Michael Ollis, US Army Staff Sergeant who died in Afghanistan on August 28, 2013, saving the life of  a Polish officer. 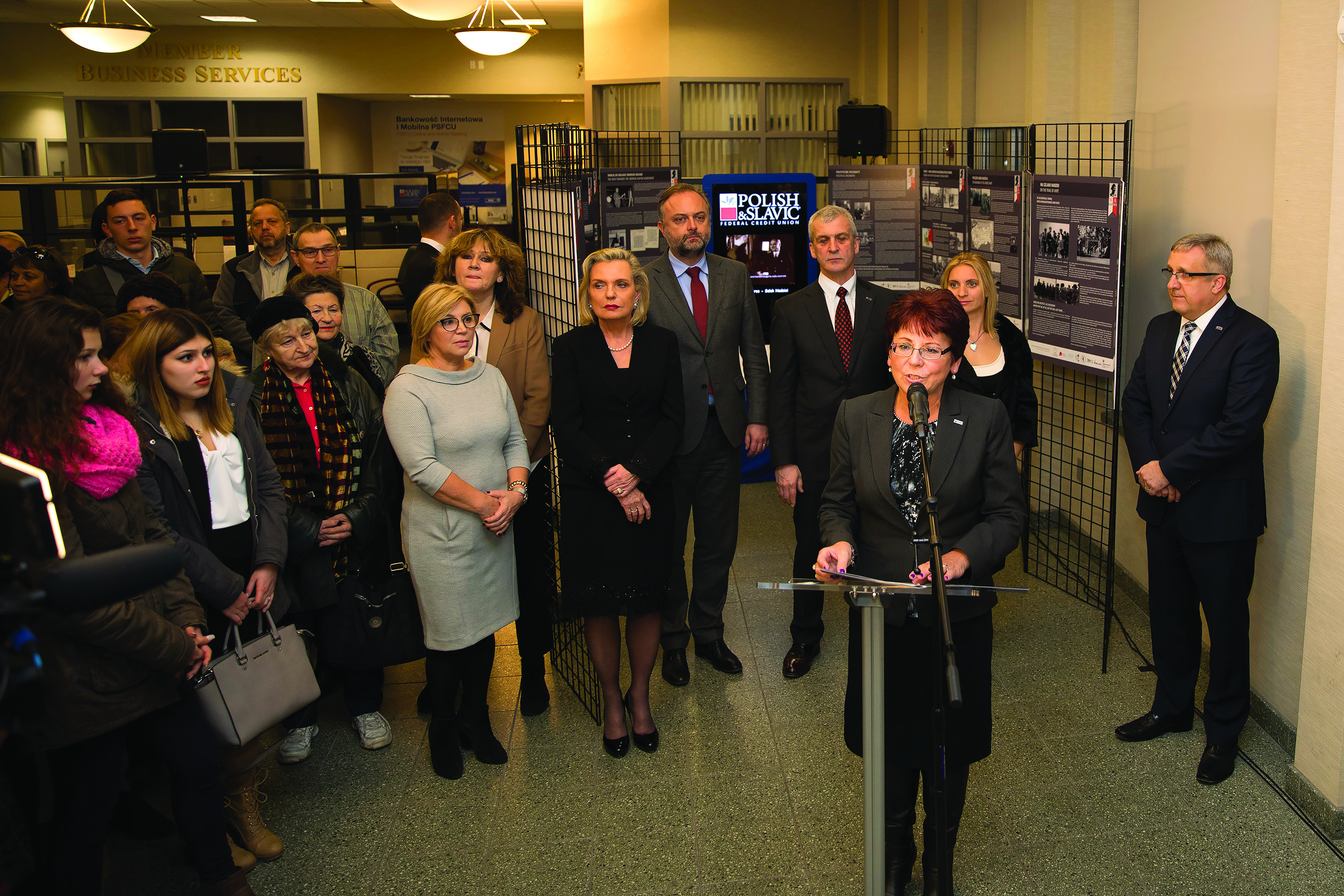 “Anders’ Army – the Trail of Hope” has already been displayed in such places as Los Angeles and the Fort Bliss Army Base in Texas, and after the exhibit closes in New York, it will travel on to the US Capitol Building in Washington as well as Philadelphia and Boston. The exhibition presents the events that preceded the signing of the Sikorski-Mayski Agreement (July 30, 1941), and particularly the events after the Molotov-Ribbentrop Pact took effect and the Soviet attack on Poland on September 17, 1939, and the myriad consequences, especially for the Poles deported deep into Soviet Russia. Signed 76 years ago, for the prisoners in the camps of Siberia and Kazakhstan, the Agreement provided salvation from certain death and hope that they would get through to a Free Poland with arms in hand. The exhibition was created under the patronage of Polish Prime Minister Beata Szydlo and is the effect of the cooperation between many Polish academic, historical and archival institutions, such as the New Records Archives, the Marshal Jozef Pilsudski Central Military Library, the Polish Institute, and the General Sikorski Museum in London, the Polish Army Museum, and the National Digital Archives.