Home > About Us > News > Prizes in the âBuy, sign, and winâ promotion

“The holiday season period is over, but our Credit Union is still giving away gifts,” joked Bogdan Chmielewski, Polish & Slavic Federal Credit Union CEO/President, during the prize awarding ceremony for the “Buy, sign, win” promotion.

The promotion took place in November and December of last year. To participate in the prize drawing, members had to use our Credit Union’s debit or credit card with a signature at least once, or fill out a special coupon at a PSFCU branch. The promotion was a success; 527,000 our Credit Union card transactions were recorded, 10,000 more than last year. A total of 61 prizes were won by our Credit Union members, including five Asus notebooks, ten iPad Airs, ten iPod Touches, ten iPod Minis, ten Kindle Fires and fifteen Nikon Coolpix cameras, as well as the grand prize, a 55-inch Samsung TV. 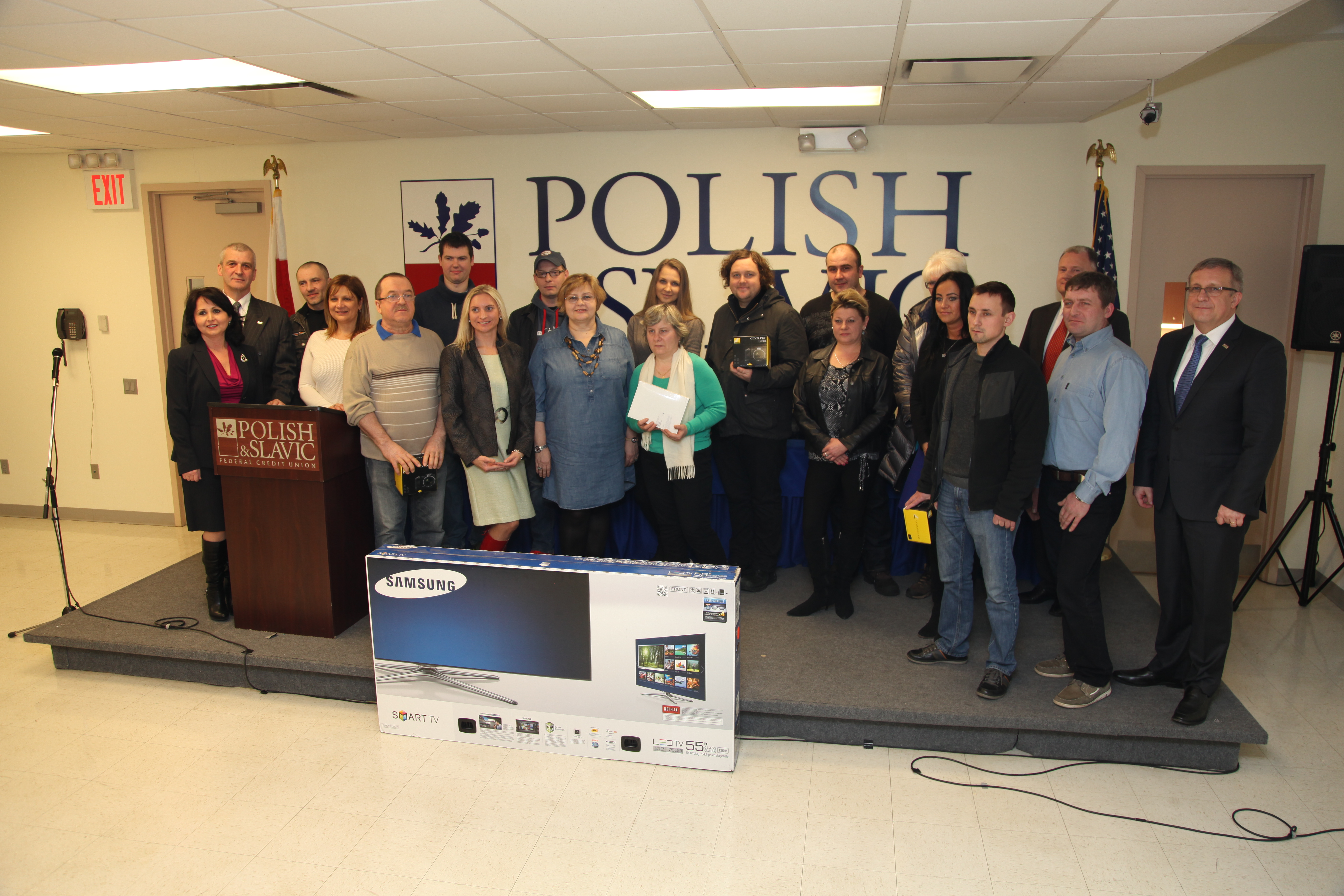 All prize winners with PSFCU officials

“The holiday season period is over, but the Credit Union is still giving away gifts,” joked Bogdan Chmielewski, PSFCU CEO/President, during the ceremony, reminding us that the main purpose of the “Buy, sign, win” campaign was to promote credit and debit cards with a signature, of which our Credit Union has already issued approximately 40,000. 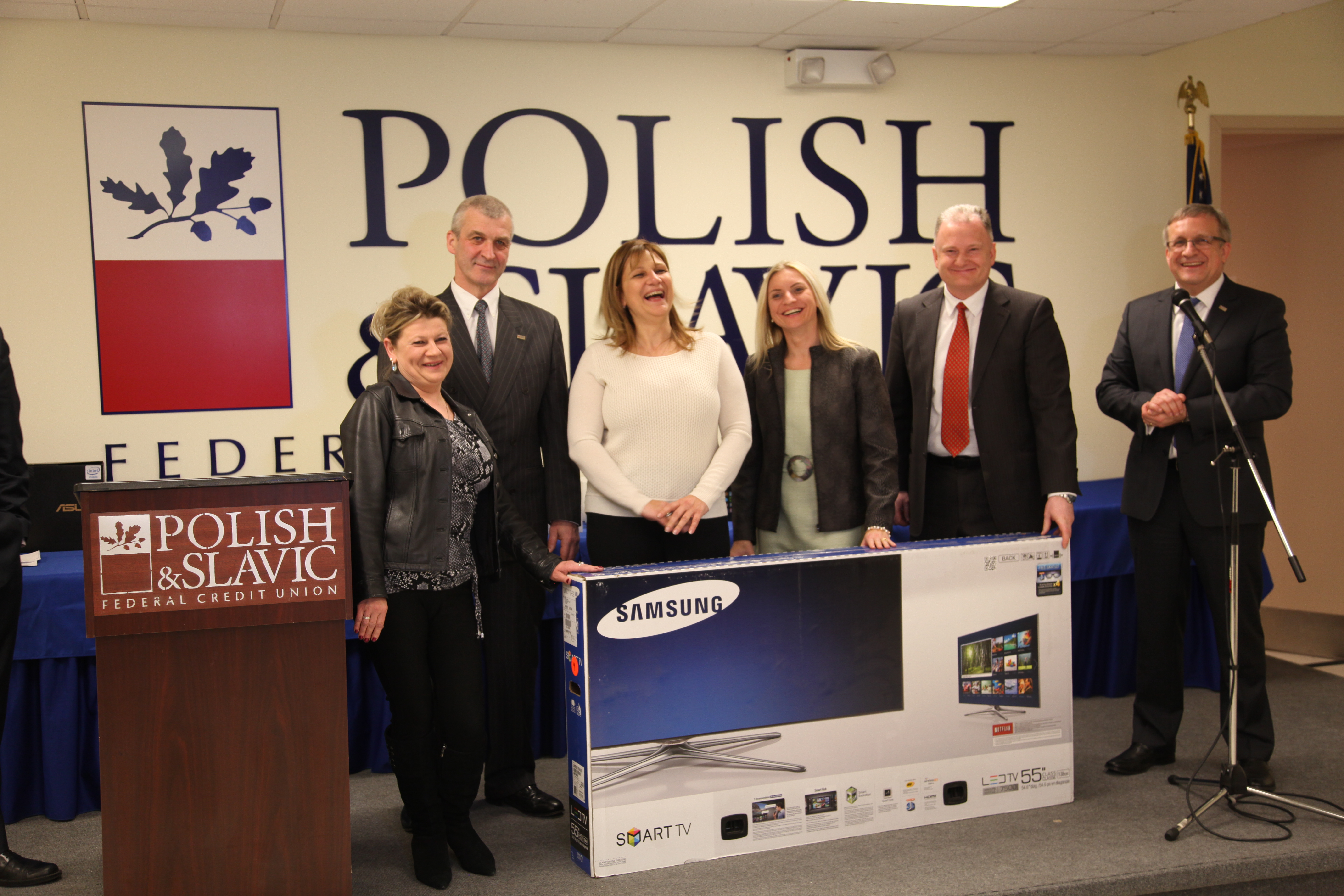 The grand prize, a 55-inch TV, was won by Jolanta KuÅºniar of Ridgewood

The grand prize, a 55-inch TV, was won by Jolanta KuÅºniar of Ridgewood, a member of our Credit Union for ten years, who admitted she did not even know that such a promotion was in effect. “I was in mild shock and was very amazed when I found out I had won,” she recalled the moment when she received the phone call about the prize. Most of the people who received the prizes they had won on Thursday were long-time PSFCU members of a decade or more. One of the winners joined out Credit Union over thirty years ago, back in the days of its founder, Reverend Longin ToÅczyk.