The White and Red Flag Over Greenpoint

Home > About Us > News > The White and Red Flag Over Greenpoint

The White And Red Flag Over Greenpoint

On Saturday, May 31, 2014, the Polish flag - in the company of the American flag, hung on the flagpole in front of the Polish & Slavic Federal Credit Union at 100 McGuinness Boulevard in Greenpoint. It is a symbol highlighting the Polish identity of the neighborhood and our Credit Union’s contribution to the development of  Greenpoint.

The ceremonial raising of the Polish flag was performed by Antoni ChróÅcielewski, a participant of the Battle of Monte Cassino and the Commander of District 2 of the Polish Army Veterans Association in New York. The American flag was unfurled by Captain Stefan Komar, Deputy Police Chief in Greenpoint, the son of a Warsaw Uprising participant, actively working for the cause of Poland in New York. The flags hung on the flagpost accompanied by the roar of the motorcycles of the members of the Unknown Bikers Motorcycle Club of Greenpoint. Then everyone heard the Polish and American national anthems. Witnessing this event was the veterans group, many Credit Union members, motorcyclists and children, also with the teachers of the Polish School at Saints Cyril and Methodius Parish in Greenpoint. 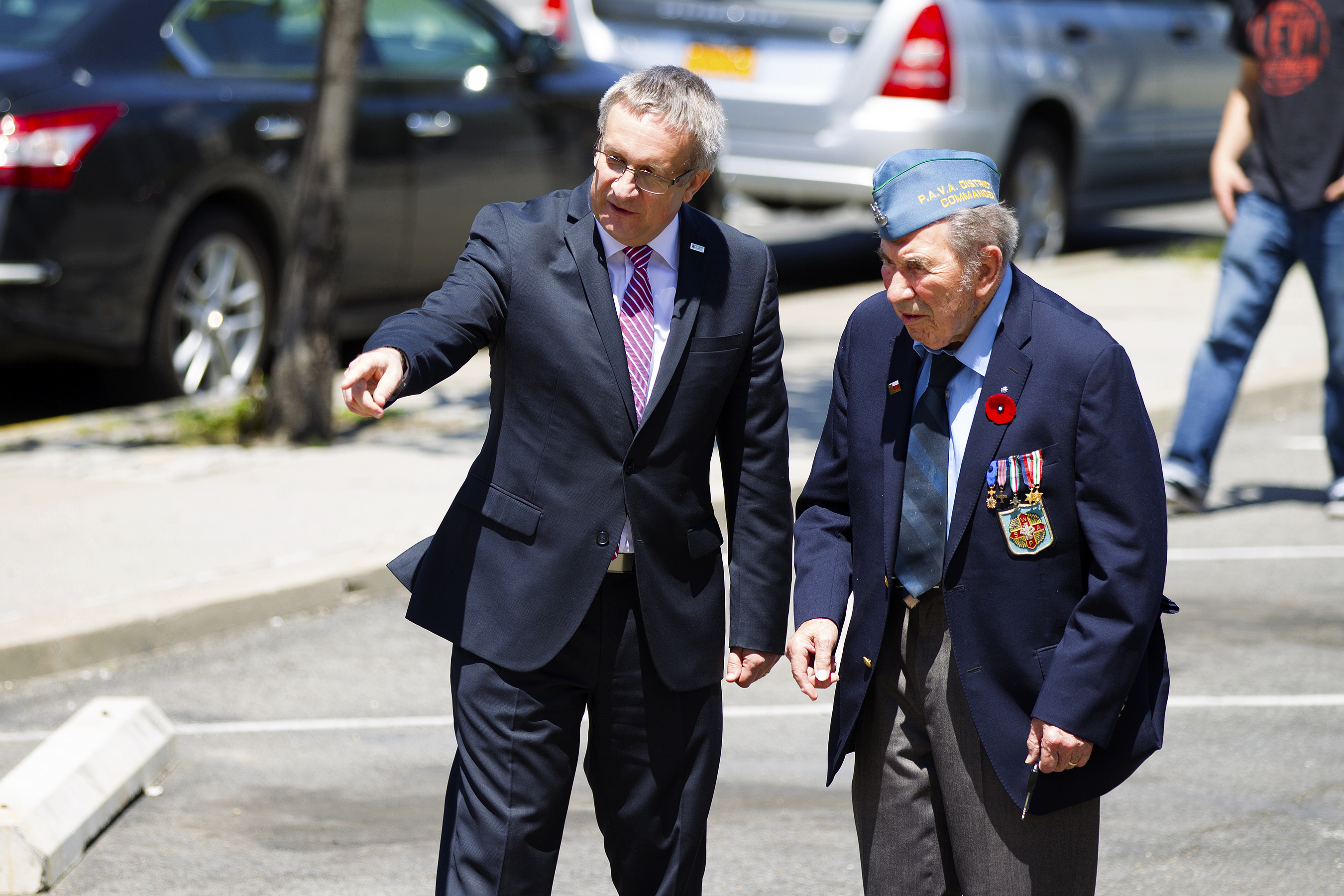 “When 38 years ago, a group of Polish immigrants under the leadership of the late Reverand Longin ToÅczyka affixed their signatures to the founding charter of Our Credit Union, Greenpoint was a completely different neighborhood than we see it now. Neglected and ignored by investors, it seemed to have no prospects for development. Added to that, the residents of Greenpoint, then newcomers from behind the Iron Curtain, had no possibilities of obtaining a loan or even opening a bank account in commercial banks,” said Krzysztof Matyszczyk, Chairman of the PSFCU Board of Directors. 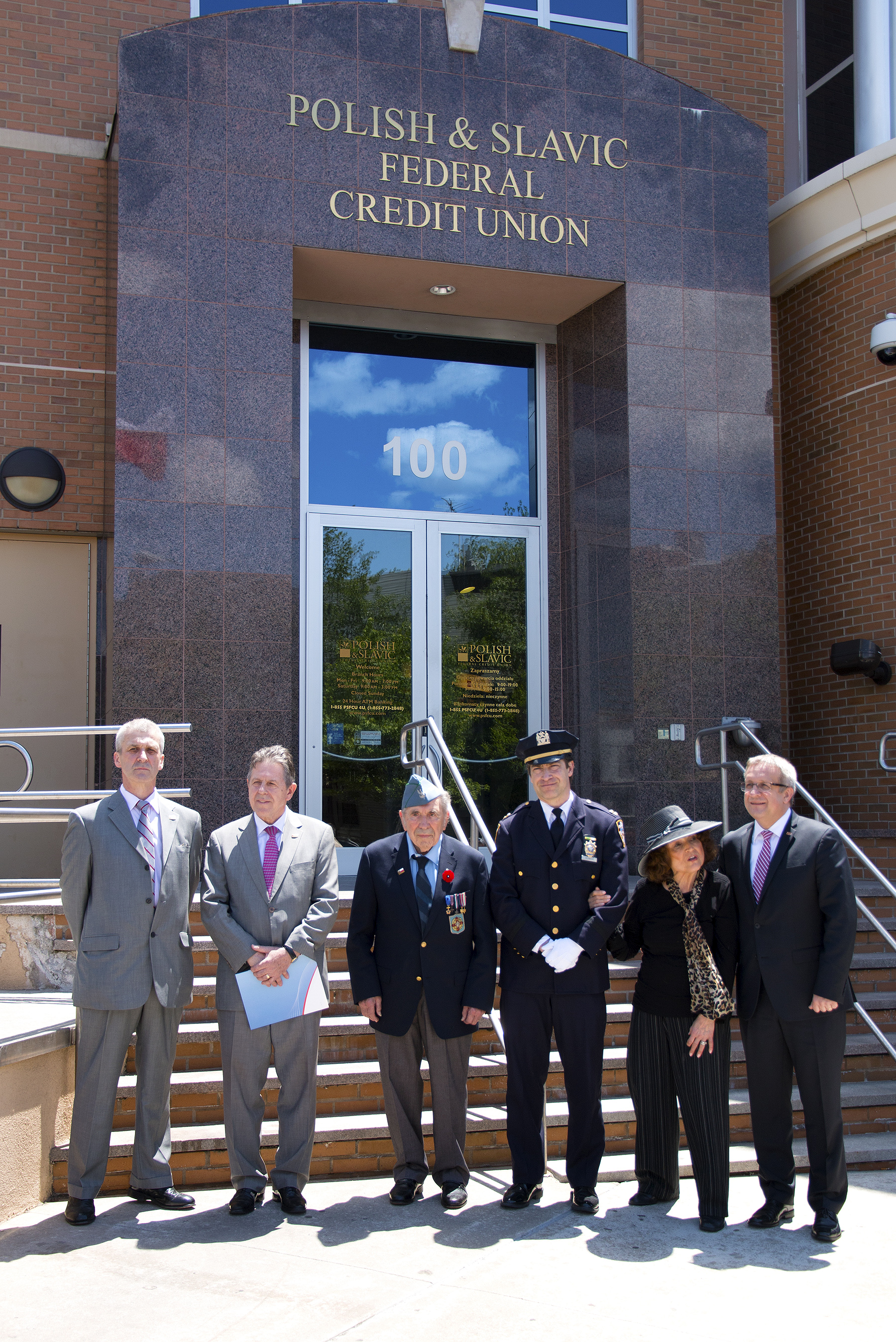 “The growth and current financial strength of the Polish & Slavic Federal Credit Union has certainly surpassed the wildest expectations of Reverend ToÅczyk and his associates. Today Greenpoint is one of the most dynamically growing neighborhoods of New York. The two branches of our Credit Union located here have been entrusted with deposits amounting to nearly $627,000,000 and loans totaling nearly $350,000,000, and more than 32,000 members make use of the services of these branches. I am convinced that there is no other financial institution which could have made such a big contribution to the development of Greenpoint. The Credit Union is the showcase, not only of Greenpoint, but also of the entire Polish ethnic group in the U.S.,” said Krzysztof Matyszczyk. 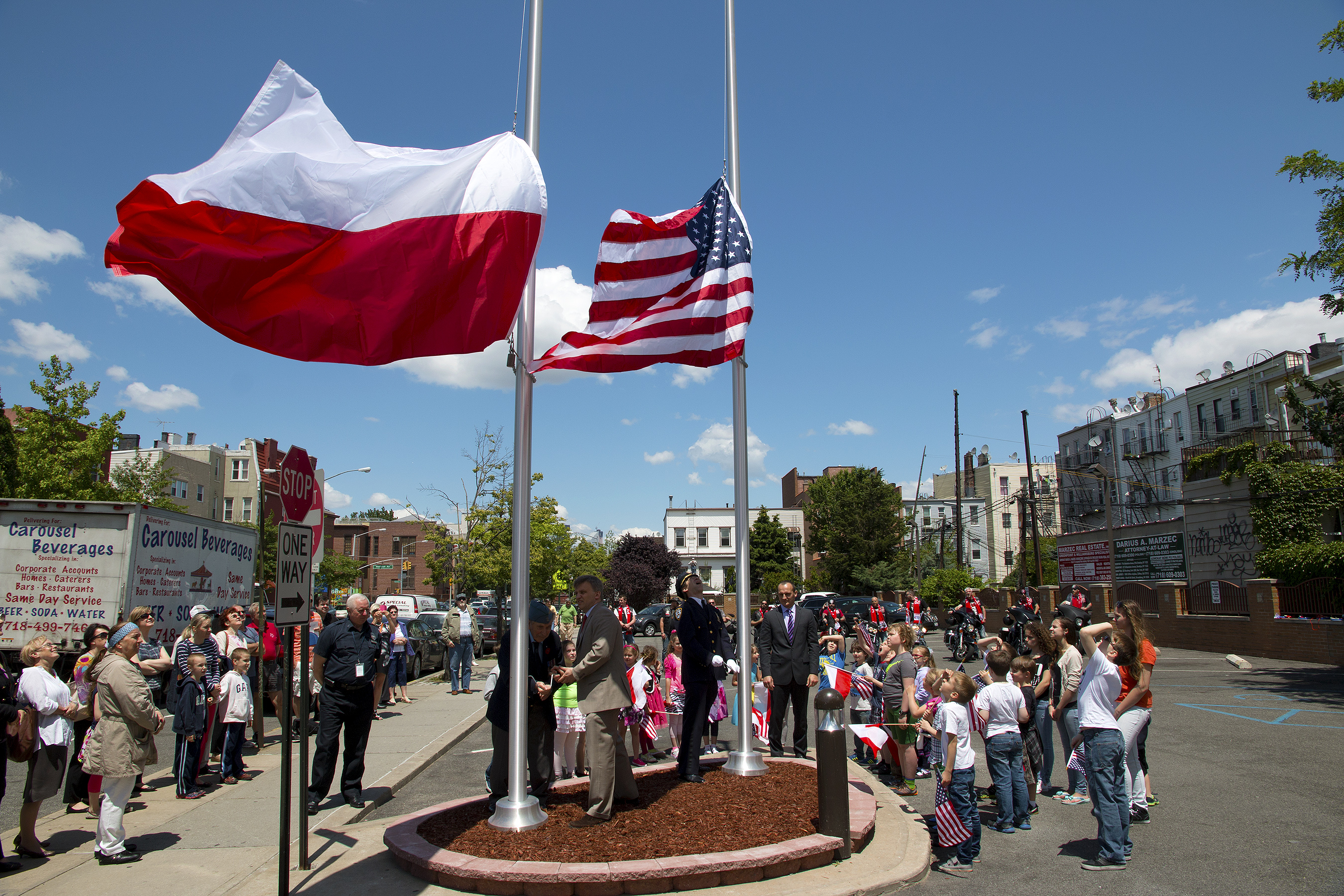 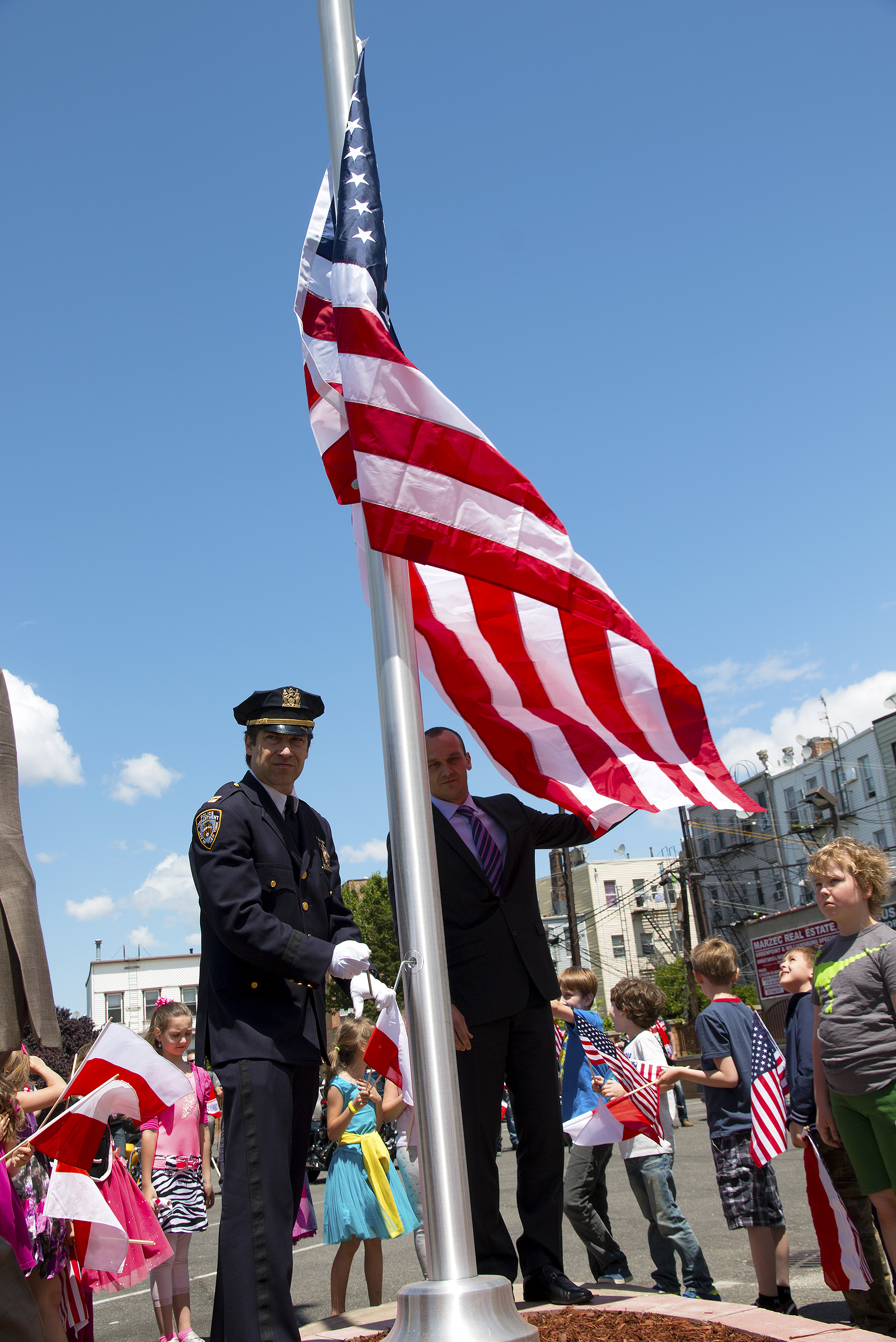 “Our Credit Union is a pillar of Polishness in Greenpoint, and its heaquarters on McGuinness Boulevard is a place of reference for the majority of Poles in Brooklyn. At the heart of Greenpoint there should be a symbol highlighting the Polish identity of the neighborhood. I am convinced that the Polish flag will remain here forever.” added Bogdan Chmielewski, Chief Executive Officer, who initiated the placement of the flagpoles in front of PSFCU headquarters. 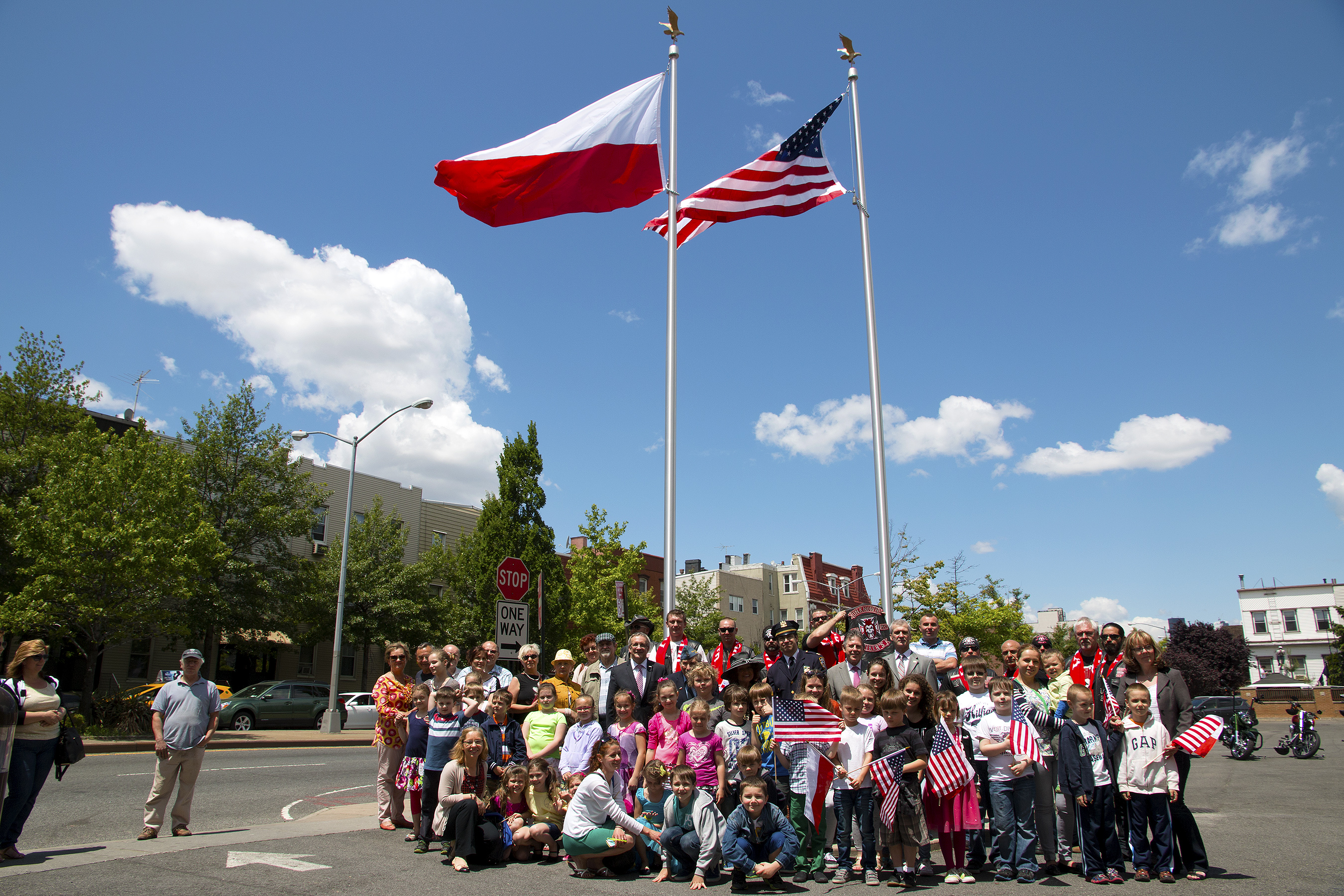