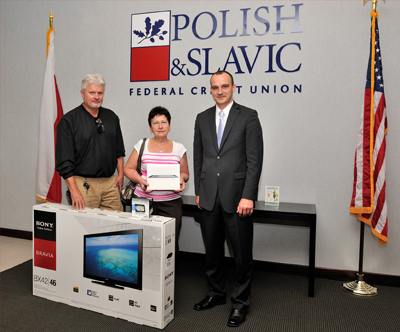 “When I received a phone call from Our Credit Union informing me about the prize, I thought it was a joke. I opened an account not even thinking about the promotion, so that’s why I was even more surprised,” Mr. Janusz Buczek said. “Our Credit Union is a new institution on the Chicago market and I’m very glad that they care of their Members’ satisfaction so much. I will surely take advantage of its offer and I will gladly refer its products and services,” Mr. Buczek added. 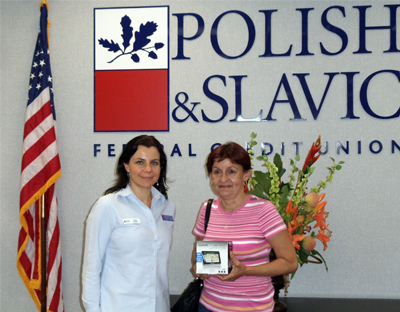 The prize drawing was open to all PSFCU members. Members who opened a checking account in one of PSFCU branches in Illinois (Bridgeview, Mt. Prospect and Norridge) between 5th and 31st of May, 2011 were automatically entered in the drawing, while all other PSFCU members were able to participate by filling out special entry forms at each of the three Illinois branches.