An award ceremony for responding to our Membership survey

An award ceremony for responding to our Membership survey

An award ceremony held in connection with the prize drawing for responding to our Membership survey took place on June 24, 2008 at the PSFCU headquarters in Greenpoint.
The Membership survey aimed at gauging our Members’ satisfaction with PSFCU's products and services. The prize drawing was open to all Members who mailed back filled out survey questionnaires prior to the project deadline. Our Credit Union rewarded the Members with three monetary prizes: $500, $300 and $200.
The three winners, Edmund PokÅadowski, Grzegorz Pietrusa and StanisÅaw KuÅºniar received their awards from PSFCU Chief Operating Officer, Ms. Agnieszka Poslednik. 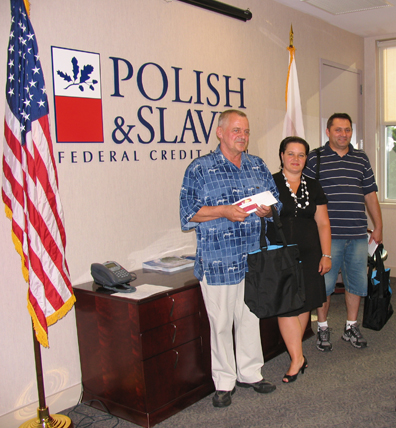 Mr. StanisÅaw KuÅºniar, who resides in New Jersey, received his prize at our Operations Center in Fairfield. 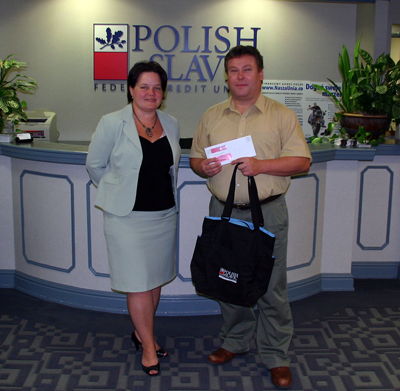 Thank you for taking part in our survey!