The largest organization of Polish businessmen has awarded the „Polonia Oscar” to the largest Polish-American financial institution.

The ceremony of awarding the title of “2008 Institution of the Year” to the Polish & Slavic Federal Credit Union by the Pulaski Association of Business & Professional Men, Inc. took place at the organization’s annual ball on April 12, 2008.

Numerous guests filled two ballrooms of the Polonaise Terrace at Greenpoint Avenue. The award was received by the Chairman of the Board of Directors, Krzysztof Matyszczyk, and PSFCU’s CEO, Bogdan Chmielewski. 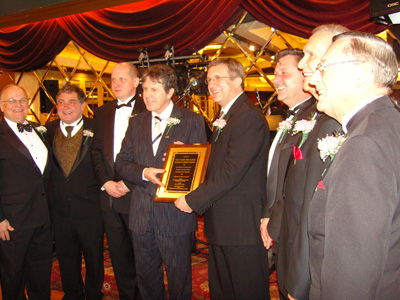 The Chairman of the Board of Directors, Krzysztof Matyszczyk
and PSFCU’s CEO, Bogdan Chmielewski with the representatives of Pulaski Assoc.

Our Credit Union received the title of “2008 Institution of the Year” for its support of Young Polonia and for encouraging them to open their businesses and purchase real estate. Mr. PaweÅ Pachacz, representing the Pulaski Assoc., humorously compared the award ceremony to a “Polonia Oscar” gala, a comment which was met with a loud round of applause.

During the ceremony, speakers stressed our Credit Union’s involvement in the support of Polonia and its high level of financial services. Mr. Pachacz pointed out that the Credit Union has strengthened the position of Polonia not only in New York, but throughout the United States. PSFCU has also significantly influenced the growth of Greenpoint, an area previously largely ignored by commercial banks. Accepting the award, Krzysztof Matyszczyk stressed the important role of Credit Union members, without whose trust our success would not be possible.

It is a great honor for our Credit Union” – Mr. Matyszczyk said. “It is the first such event in the history of our institution, receiving honors from an organization with such distinguished tradition as the Pulaski Association of Business & Professional Men. For us, the award carries double significance because it also stresses that Polish businessmen appreciate our efforts to provide entrepreneurs with proper financial services.

This award should be given to all those who ensure financial success of our Credit Union – that is 70 thousand members, 240 employees and 16 volunteers from the Board of Directors and the Supervisory Board,” Mr. Chmielewski added. 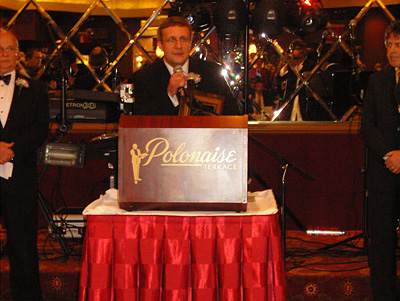 Polish & Slavic Federal Credit Union also provided five VISA gift cards in the amount of $100 each, which were awarded in the course of a prize drawing.