Since August 9, you are able to pay for consular services at the Consulate General of the Republic of Poland in New York by credit card. The solution has been implemented with the support of the Polish & Slavic Federal Credit Union.

On that day, the Consul General of the Republic of Poland in New York, Adrian Kubicki met with the PSFCU President/CEO, Bogdan Chmielewski, to discuss the cooperation between the two institutions, which resulted e.g. in the introduction of payment terminals at the Consulate, as well as to plan further joint initiatives and further ways to facilitate services for Polish citizens in the New York consular district. 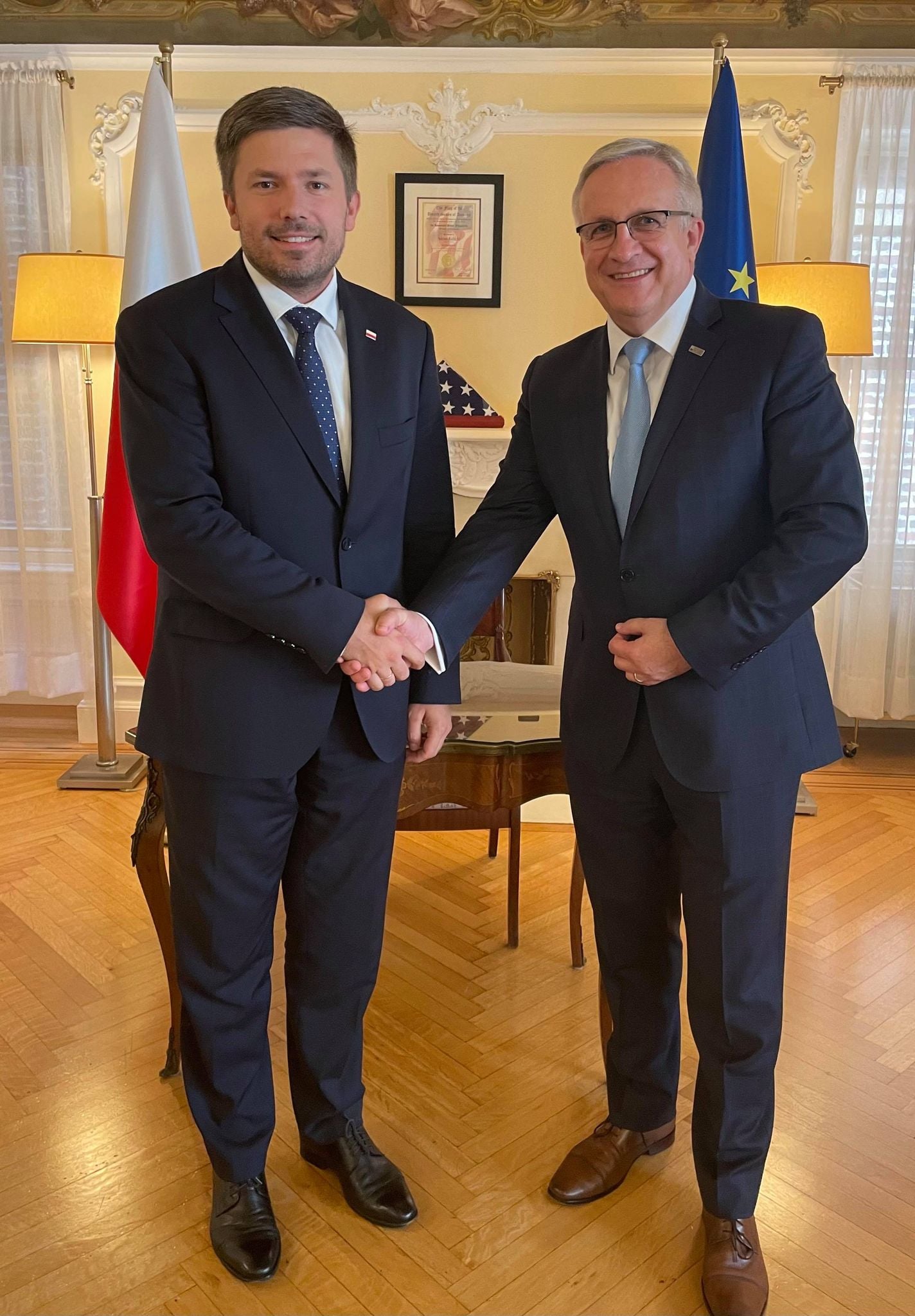 “We are glad that, as partners of the Consulate General of the Republic of Poland in New York, we contributed to increasing the comfort of service for Poles, including PSFCU members, at the New York facility. We are open to further joint initiatives serving the Polish community in the United States, “ said PSFCU President/CEO Bogdan Chmielewski.

“Card payments are the market standard both in the U.S. and in Poland. We want our Consulate to change for the better, to bring in good standards from the private sector in the efficient service of our citizens. I would like to thank the Polish & Slavic Federal Credit Union for their support in introducing this solution,” said Consul General Adrian Kubicki.