Honor and Glory to the Heroes of the Warsaw Uprising!

Home > About Us > News > Honor and Glory to the Heroes of the Warsaw Uprising!

Honor and Glory to the Heroes of the Warsaw Uprising!

In line with a long-standing tradition, the Polish & Slavic Federal Credit Union honors the memory of the victims and heroes of the Warsaw Uprising. On August 1, exactly on the 77th anniversary of "W Hour", flags with the so-called ‘Anchor’ – symbol of the Fighting Poland - were hoisted on masts in front of the PSFCU headquarters in Greenpoint, New York and in front of the PSFCU branch in Bridgeview near Chicago. 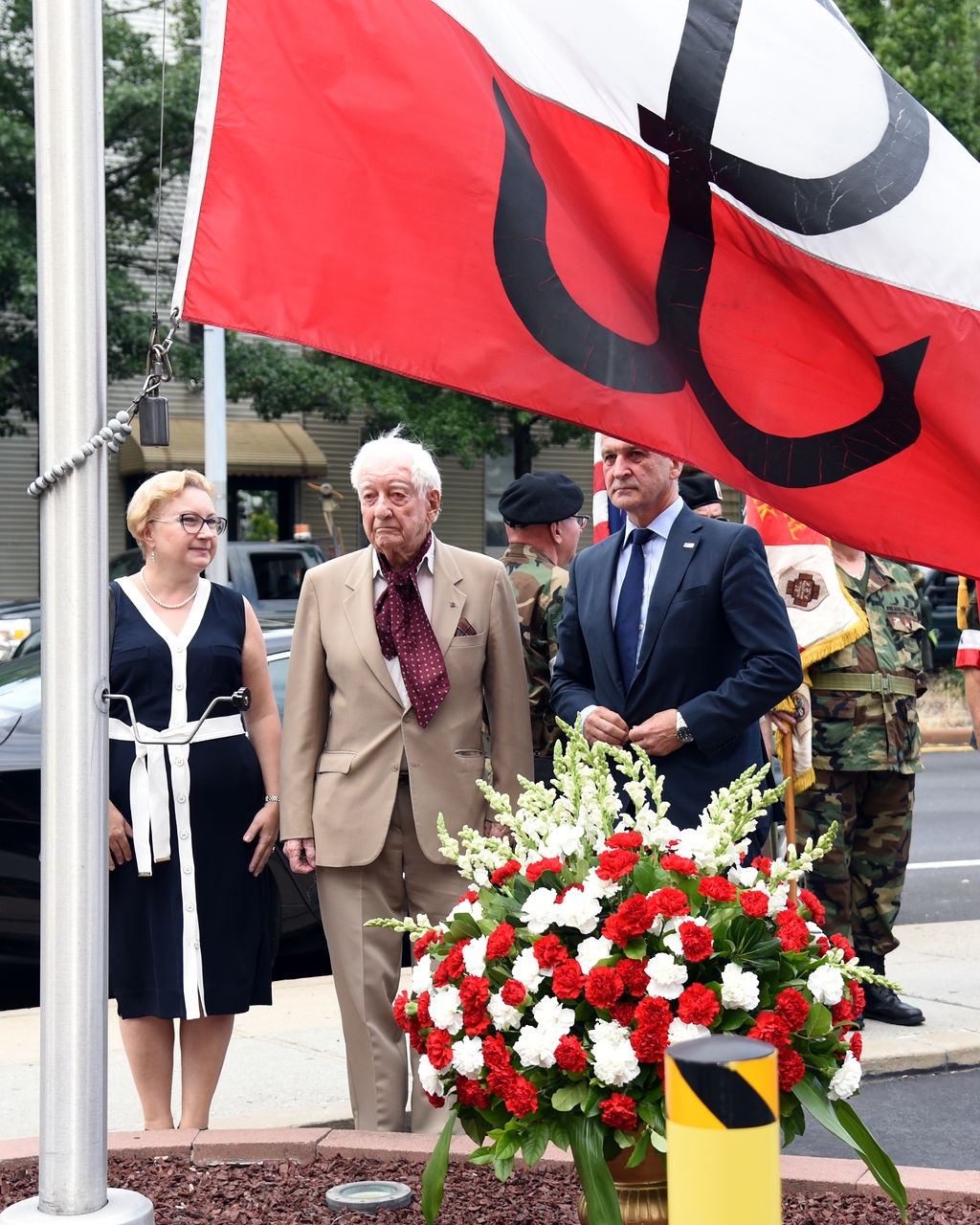 In New York, the flag was hoisted by 99-year-old BolesÅaw Biega, during the Uprising a soldier with the alias "Palak" and company commander in the "Kilinski" battalion of the Home Army. He was accompanied by members of the PSFCU Board of Directors: 1st Vice Chairwoman Dr. Iwona Korga and director Ryszard Bak. Vice-Consul of the Republic of Poland in New York, Stanislaw Starnawski, and Emily Gallagher, New York State Assemblywoman representing Greenpoint gave speeches during the ceremony. 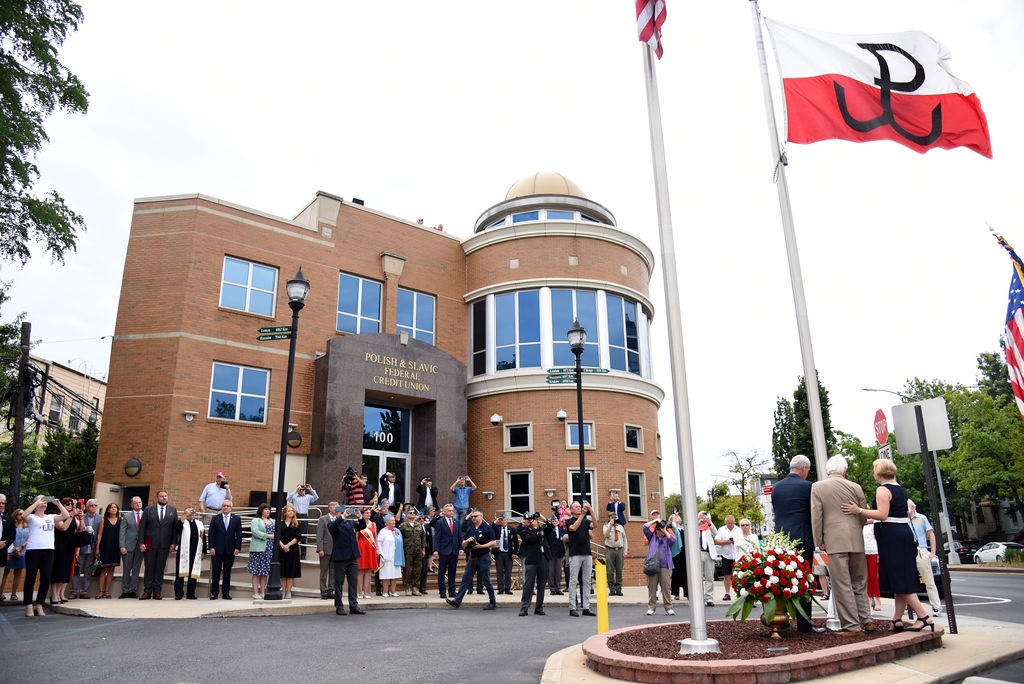 "I am glad that we are all here together and we can honor the memory of those thanks to whom we can live in free Poland and, as Poles living in the United States, live in the conditions in which we live," said PSFCU President/CEO Bogdan Chmielewski. He emphasized that our Credit Union would continue to celebrate the anniversaries of the Warsaw Uprising and invited everyone to the ceremony in front of the PSFCU headquarters on August 1 "in a year, in two, in ten years". 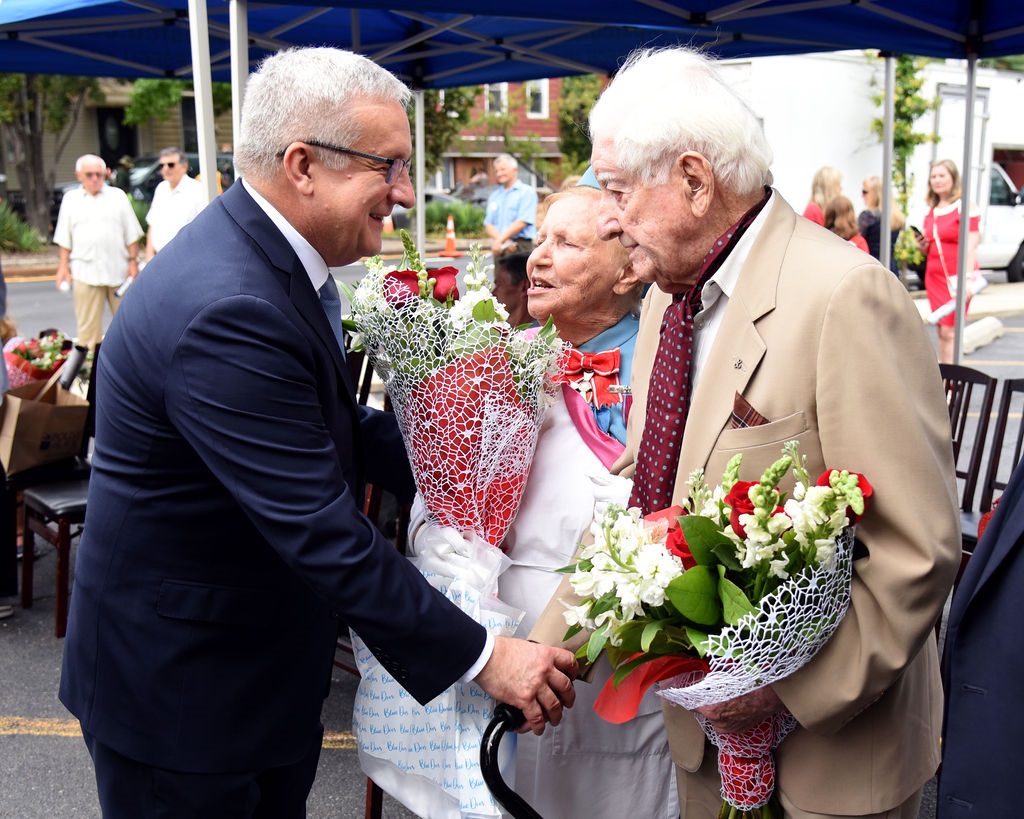 “Today, when we remember the 77th anniversary of the outbreak of the Warsaw Uprising, I express my utmost respect to the insurgents who, at the time, took up the unequal fight for the freedom of their homeland, for the dignity of the Republic and for its faithful citizens. I am glad that the Polish-Americans continue to remember such glorious and at the same time difficult moments in the history of Poland," wrote Consul General of the Republic of Poland, Adrian Kubicki in a letter read out by Vice-consul Stanislaw Starnawski. Vice-consul Starnawski also extended a special greeting to Boleslaw Biega, who today is "a model of courage and readiness to serve the Homeland." 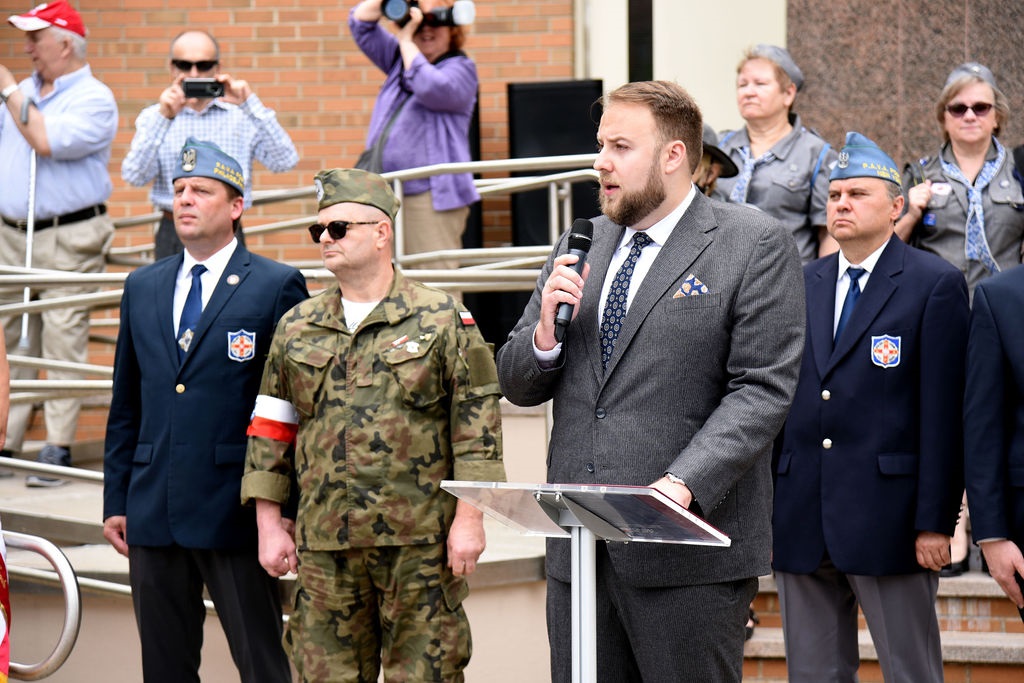 Representing Greenpoint in the New York State Assembly, Emily Gallagher recalled the history of the struggle of the Warsaw citizens against the German invader, stating that when they went to fight in August 1944 "they remembered what their Warsaw was like before the war and they knew what they wanted it to be in the future." “I am proud to be your representative to the New York State Assembly. I respect your history and culture. I am happy to be a part of your community and hope this is the beginning of our friendship,” he Greenpoint representative to the state legislature told the audience. At the end of the official ceremony, blessing was given by Father Grzegorz Markulak from St. Stanislaus Kostka parish in Greenpoint. 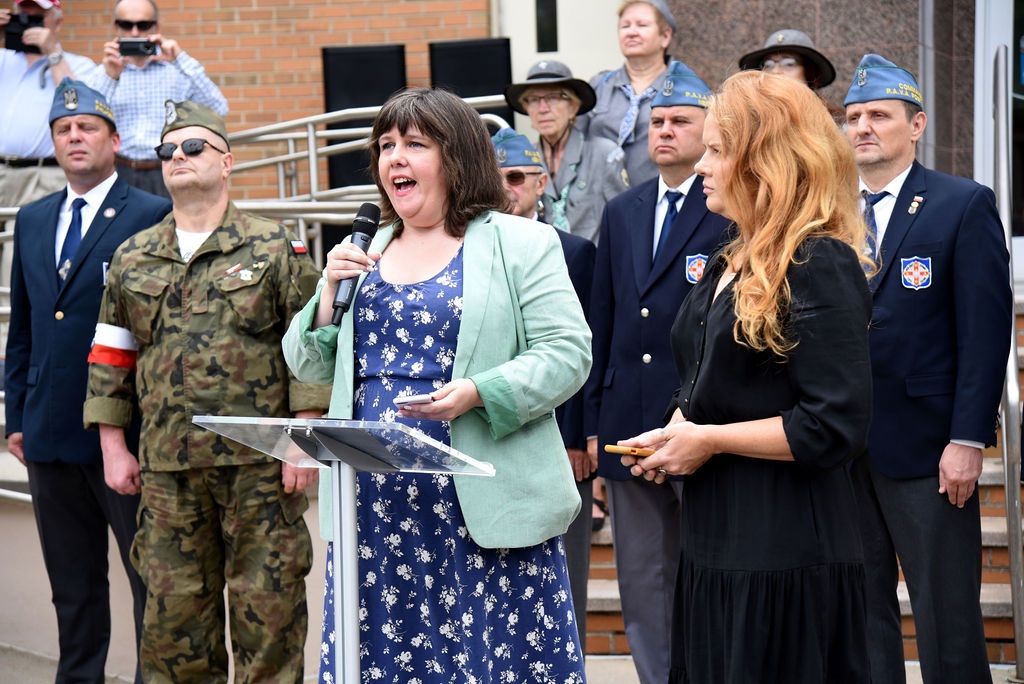 White and red flag with the anchor symbol was also flown in front of the PSFCU branch in Bridgeview near Chicago. The traditional ceremony, led by Robert Radkowski, Head of the Midwest Region, was attended by, among others, Vice-consul of the Republic of Poland in Chicago Piotr Semeniuk, President of the Polish Highlanders Alliance of North America Jozef Cikowski and President of the Alliance of Polish Clubs Jan Kopec. Principals of Polish schools with Ewa Koch, president of the Polish Teachers Association were also in attendance, as were scouts, a highlander orchestra and the queens of the May 3rd Parade in Chicago. 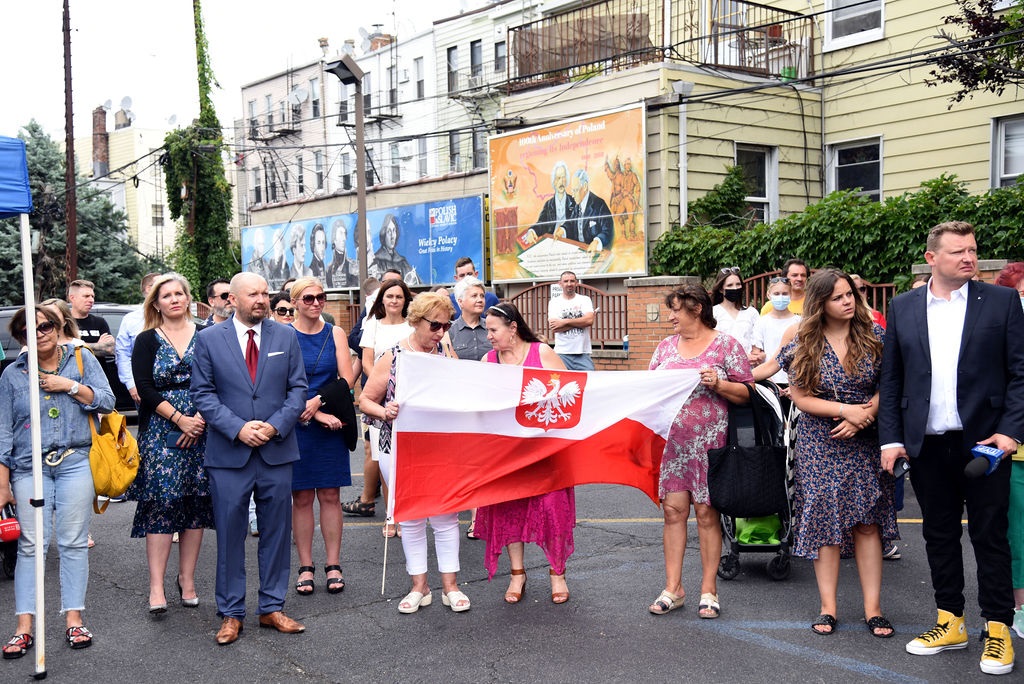 Flags with the symbol of Fighting Poland will hang in front of the New York headquarters of our Credit Union and the PSFCU branch in Bridgeview, IL until October 2, i.e. the anniversary of the fall of the Warsaw Uprising. 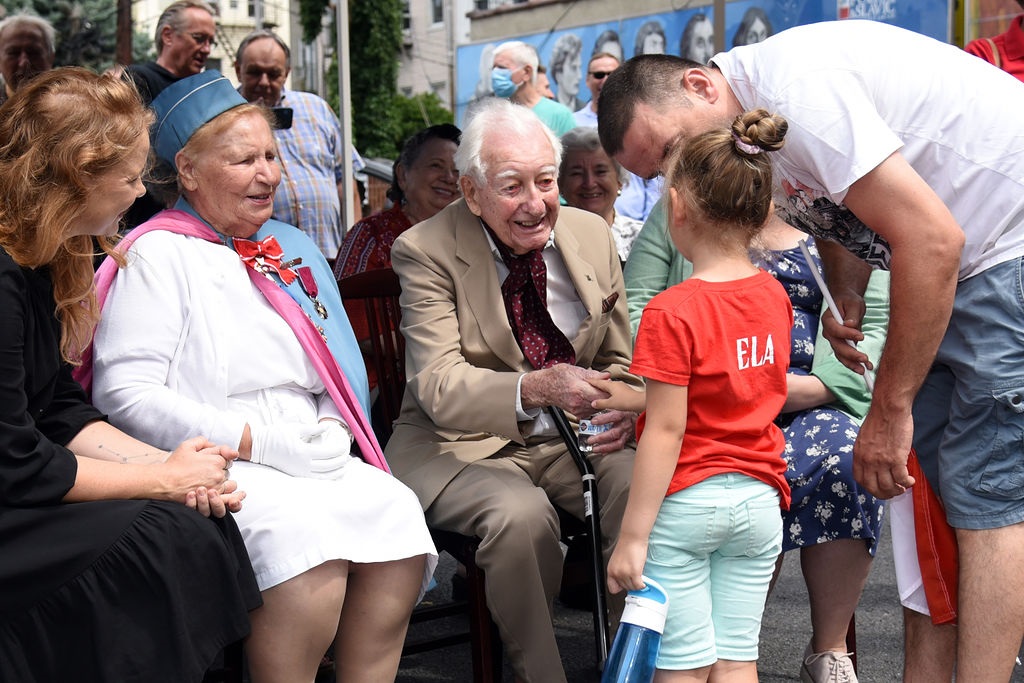 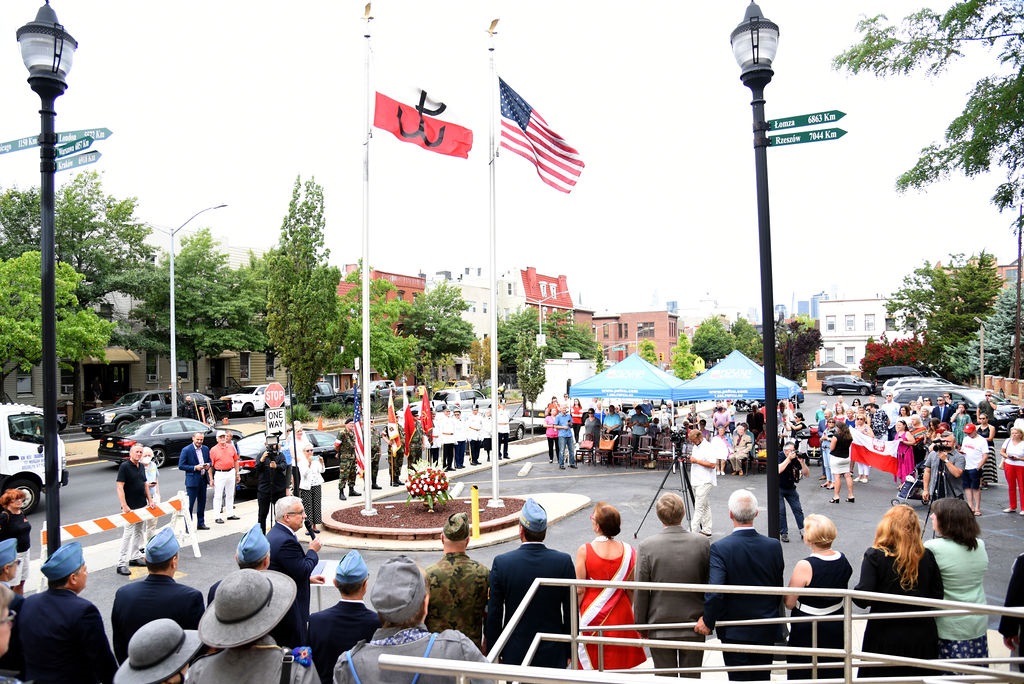