Home > About Us > News > 40th Anniversary of âSolidarityâ movement

The Polish & Slavic Federal Credit Union celebrated the 40th anniversary of signing the August agreements of August 31, 1980, which paved the way for the creation of independent ‘Solidarity’ trade unions. A special animation was displayed on the NASDAQ building in New York’s Times Square to commemorate the event. 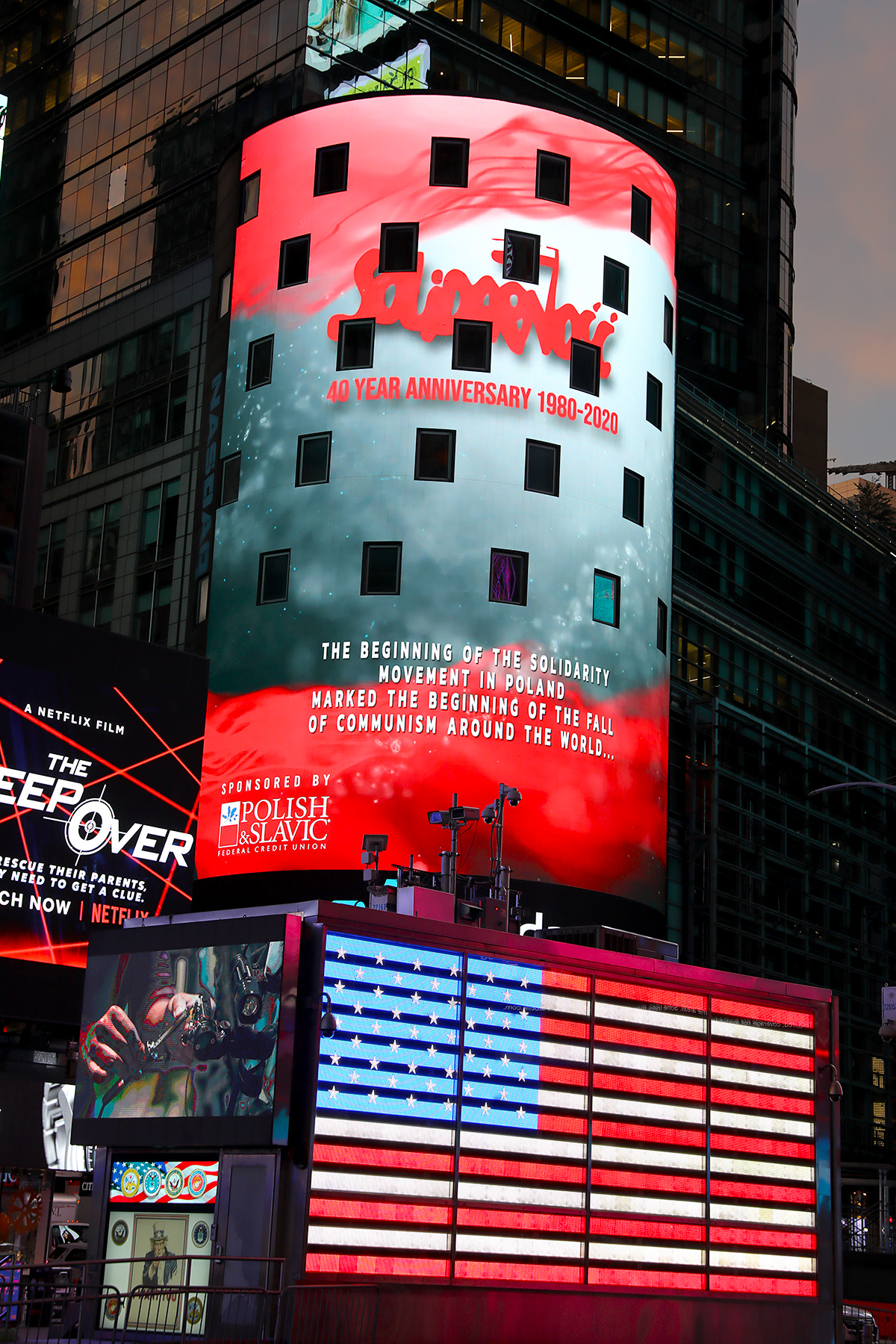 „40 Year Anniversary of ‘Solidarity’. The beginning of the ‘Solidarity’ movement in Poland marked the beginning of the fall of Communism around the world” said the thirty-second advertisement, which prominently featured the trade union logo. It was displayed dozens of times in New York’s Manhattan on Monday, August 31, 2020. 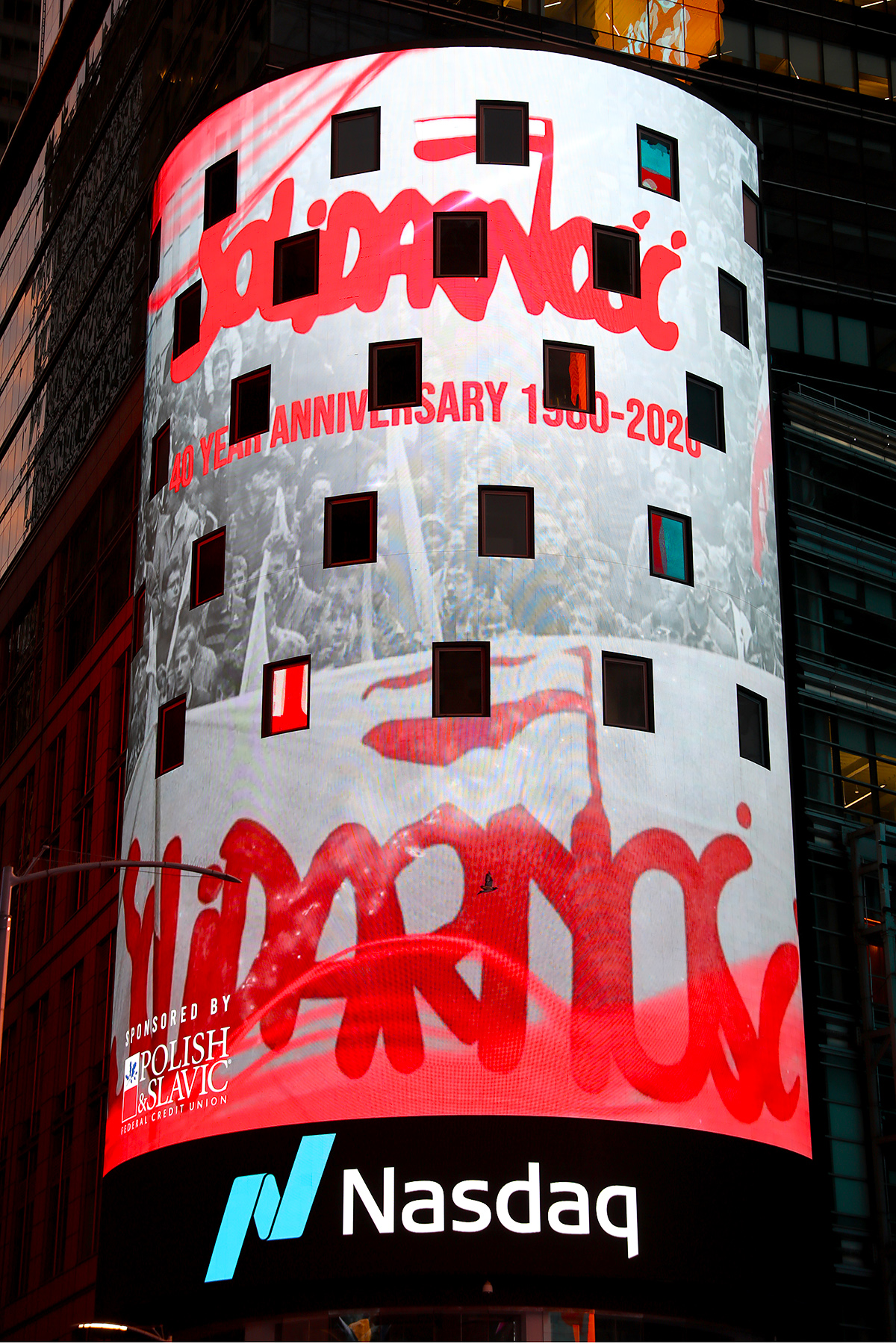 “We wanted to show that it was the Poles who, by creating a wonderful multi-million-strong ‘Solidarity’ movement, started the process of dismantling the communist system which ended with Poland regaining independence in 1989 and the collapse of the Soviet Union two years later,” said Bogdan Chmielewski, PSFCU President/CEO. 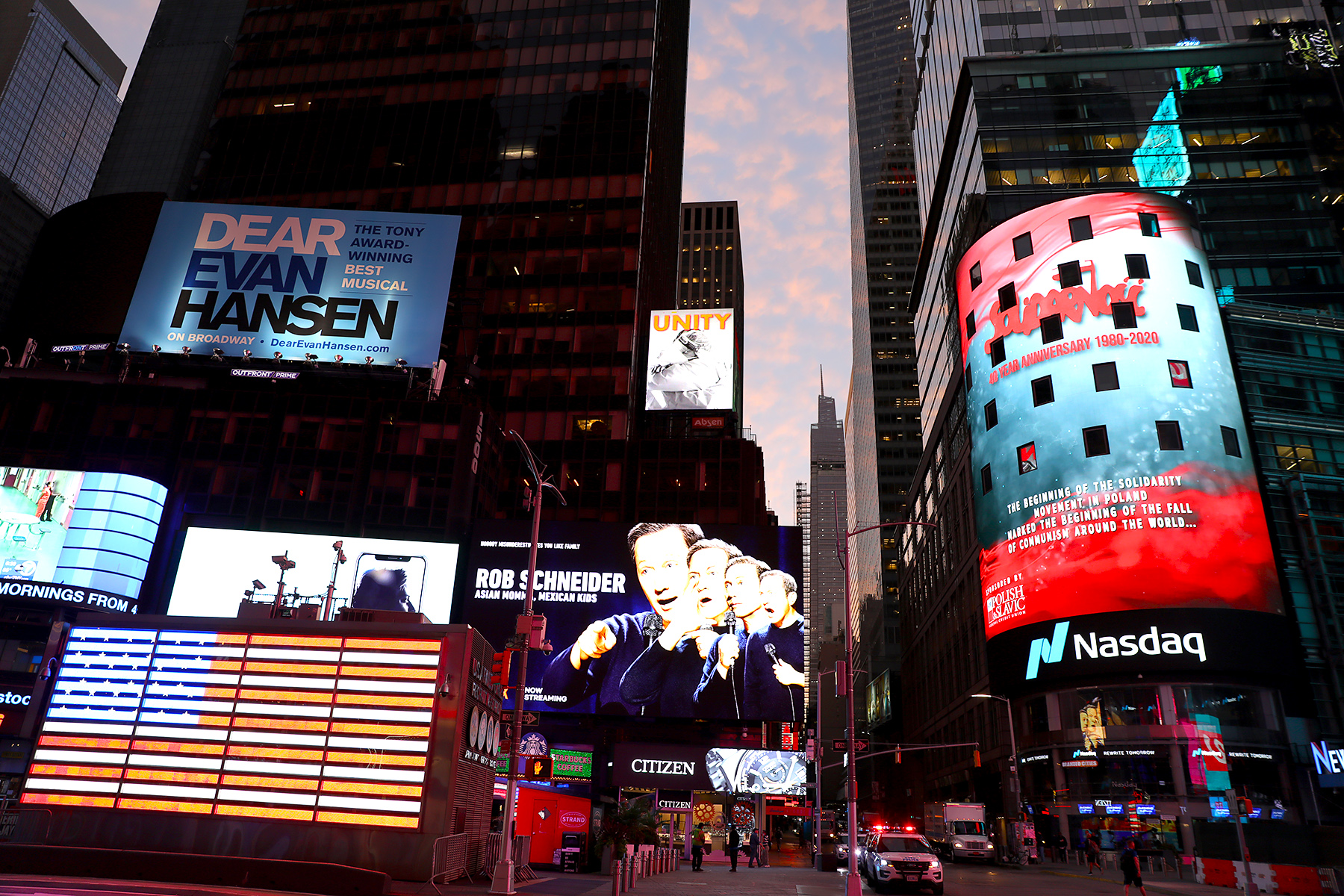 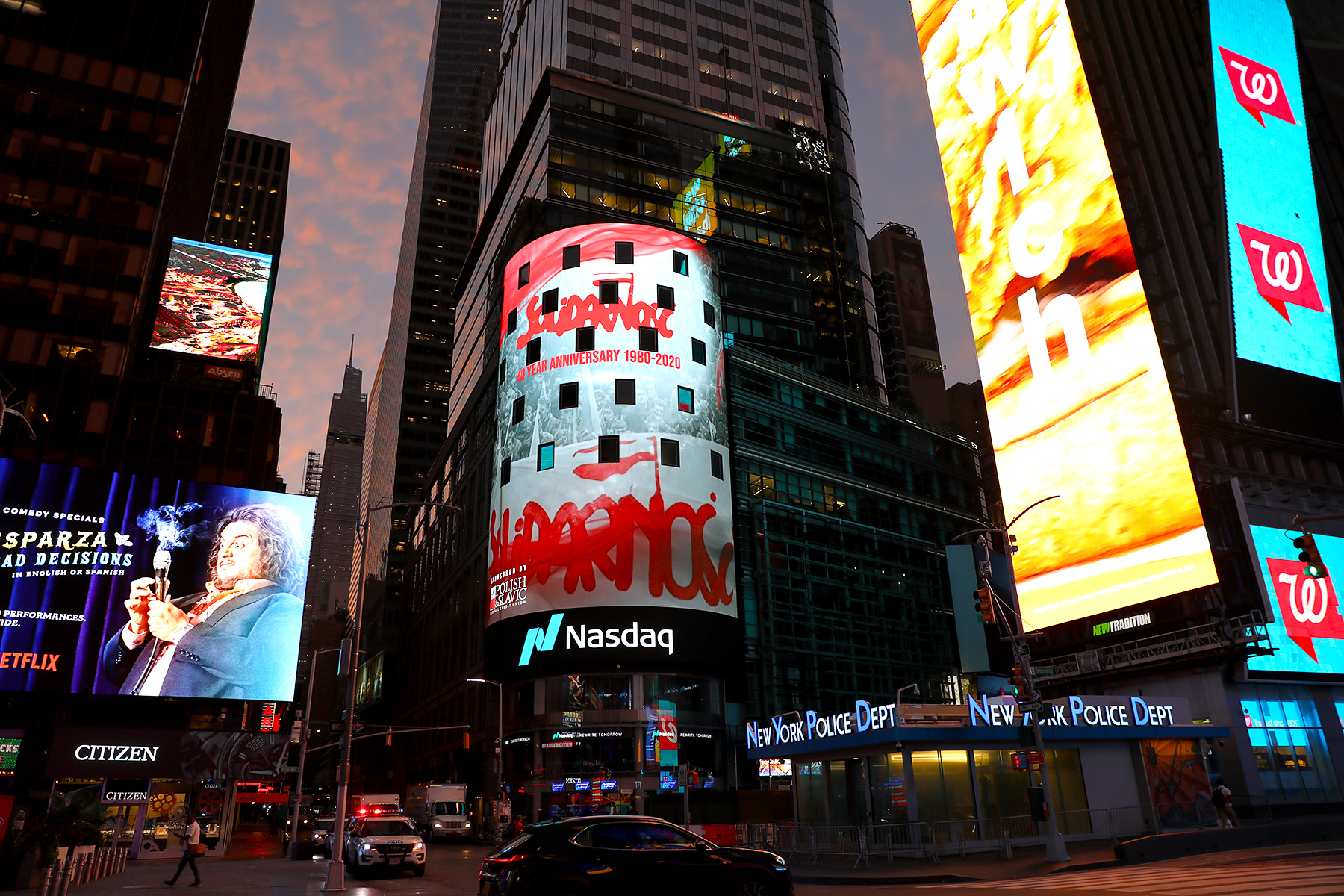