Announcement: Annual Meeting of the PSFCU

Home > About Us > News > Announcement: Annual Meeting of the PSFCU

Announcement: Annual Meeting of the PSFCU

The Annual Meeting of the Polish & Slavic Federal Credit Union was held at the PSFCU headquarters in New York's Greenpoint area on Saturday, May 30, 2020. Due to the COVID-19 coronavirus pandemic, the meeting was held in the form of videoconference and audio transmission. Over 400 PSFCU members took part in the meeting in various forms, more than twice as many as in previous years. 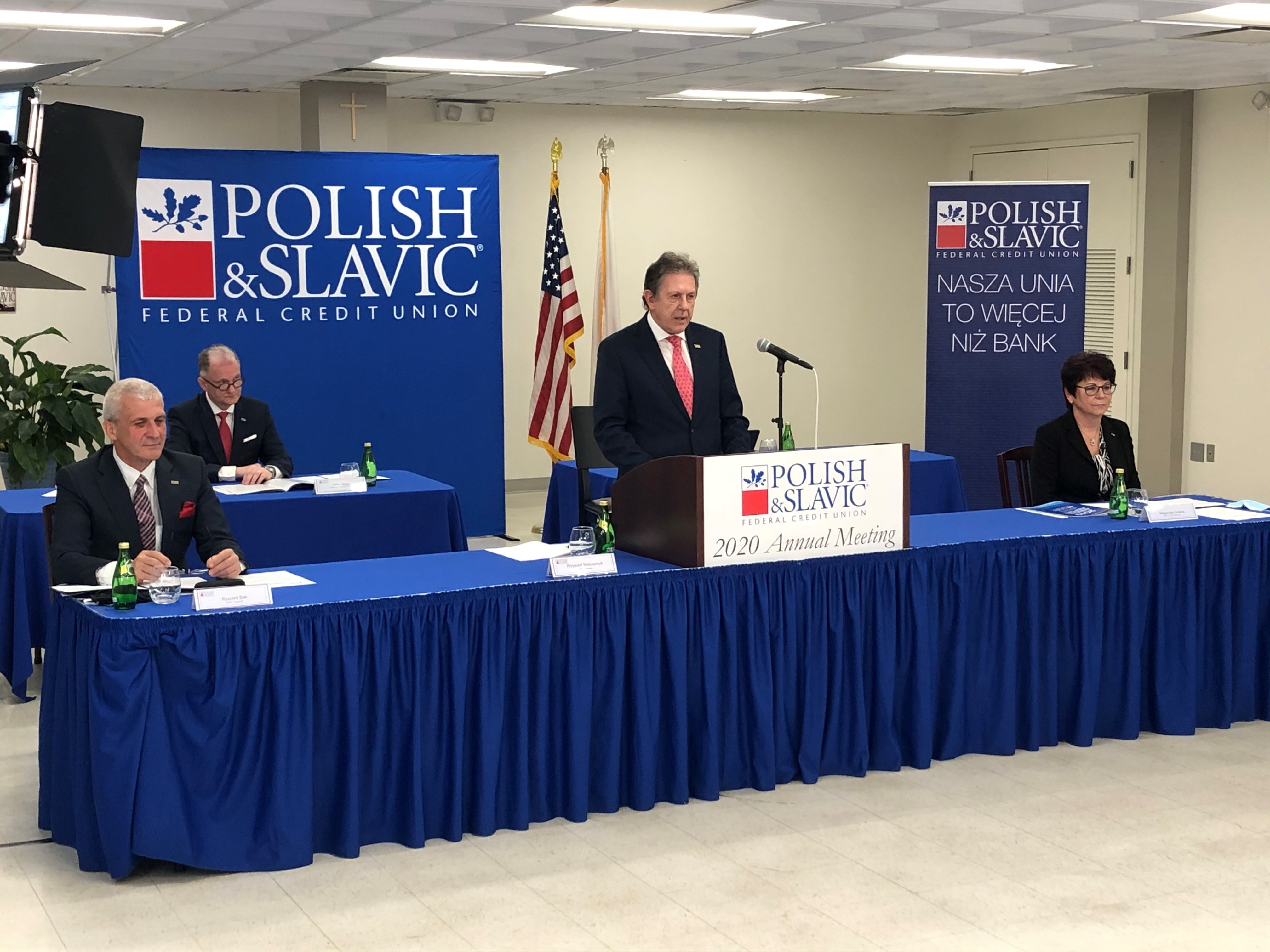 During the meeting, PSFCU members got acquainted with the Annual Report containing the results of our Credit Union’s operations in the fiscal year 2019 and asked questions on matters related to the PSFCU. During fiscal 2019, PSFCU assets increased by $103.67 million, deposits increased by $65.85 million, and the total loans granted increased by $48.99 million. As a result of our operations, the net profit reached $12.82 million. It is worth mentioning that in 2019, our Credit Union assets exceeded $ 2 billion, and the number of Our Credit Union members exceeded 100,000.

During the meeting, the names of the directors were announced who will serve on the Board of Directors in 2020-23. In the 2020 election, the following people ran for the PSFCU Board of Directors: Ryszard Bak, Malgorzata Gradzki, Karol Kwiatkowski, Leszek Wojtkowski.

According to the PSFCU bylaws, since only one person ran for each vacancy in the Board of Directors, elections to the Board were not conducted and the candidates became directors for a three-year term.

On June 1, 2020 PSFCU Board of Directors elected Board's Executive Committee:

Mr. Krzysztof Matyszczyk, Chairman of the Board

Congratulations to the Executive Board Officers on their new functions. We wish them success in performing their functions on the Board of Directors.