10th Anniversary of the PSFCU in Chicagoland

Home > About Us > News > 10th Anniversary of the PSFCU in Chicagoland

10th Anniversary of the PFSCU in Chicagoland

On Saturday, February 1st, at the Copernicus Center in Chicago, a grand gala for the 10th Anniversary of the presence of Our Union in Chicagoland was held. Tomasz Kammel was the master of ceremony. The Minister Pawel Mucha, deputy head of the Chancellery of the President of the Republic of Poland, read a letter from the President of Poland Andrzej Duda. 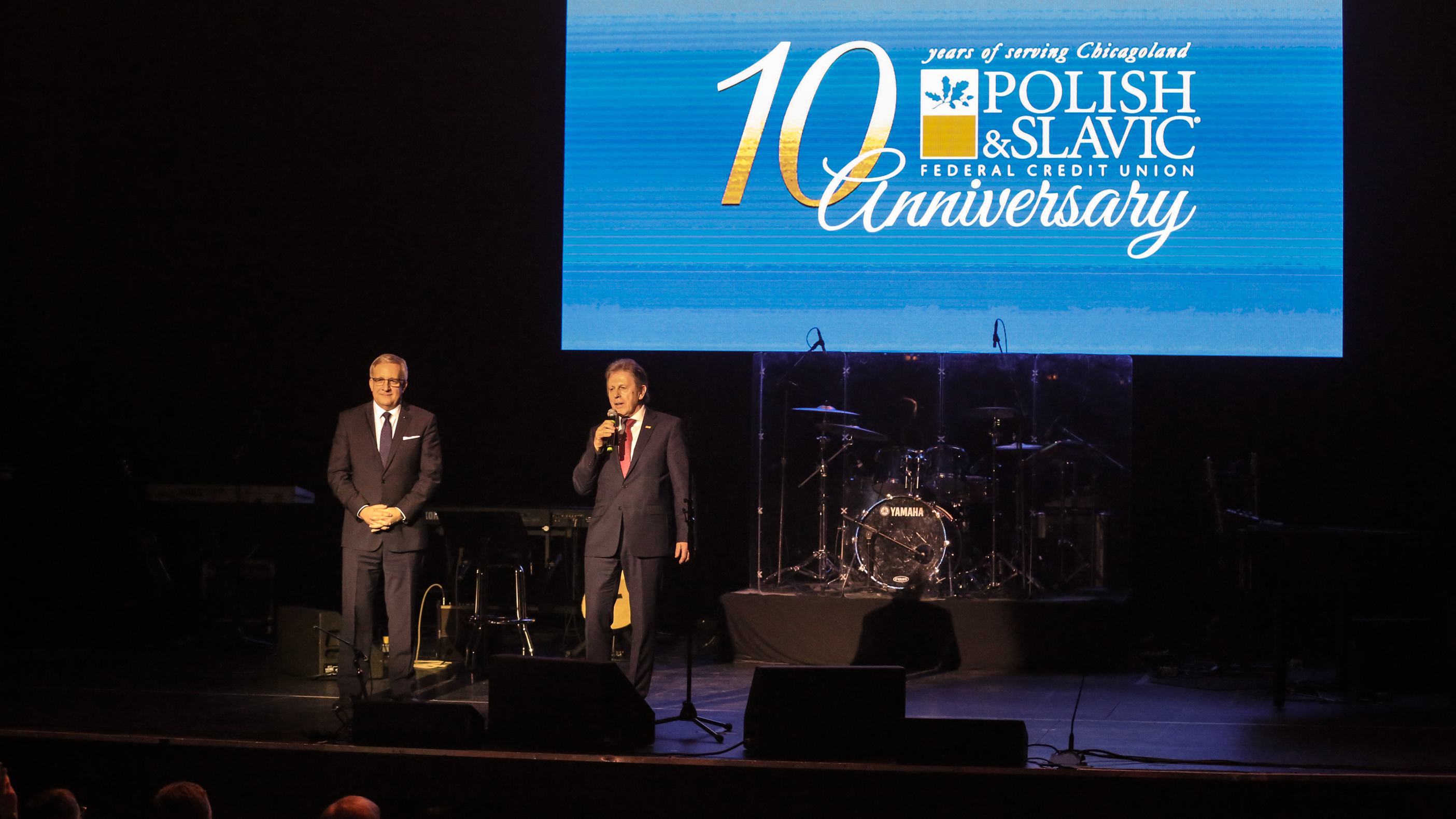 The Ambassador of Poland in Washington, Professor Piotr Wilczek, also congratulated PSFCU. On the stage, awards were given to ten Polish-American organizations and schools that contributed to the PSFCU's success in Chicago and the surrounding area, and ten attractive prizes were drawn among the participants. The ceremony ended with Helena Mlynkova and the Blue Cafe band’s concerts, which whipped the audience of over 2,000 into a frenzy. 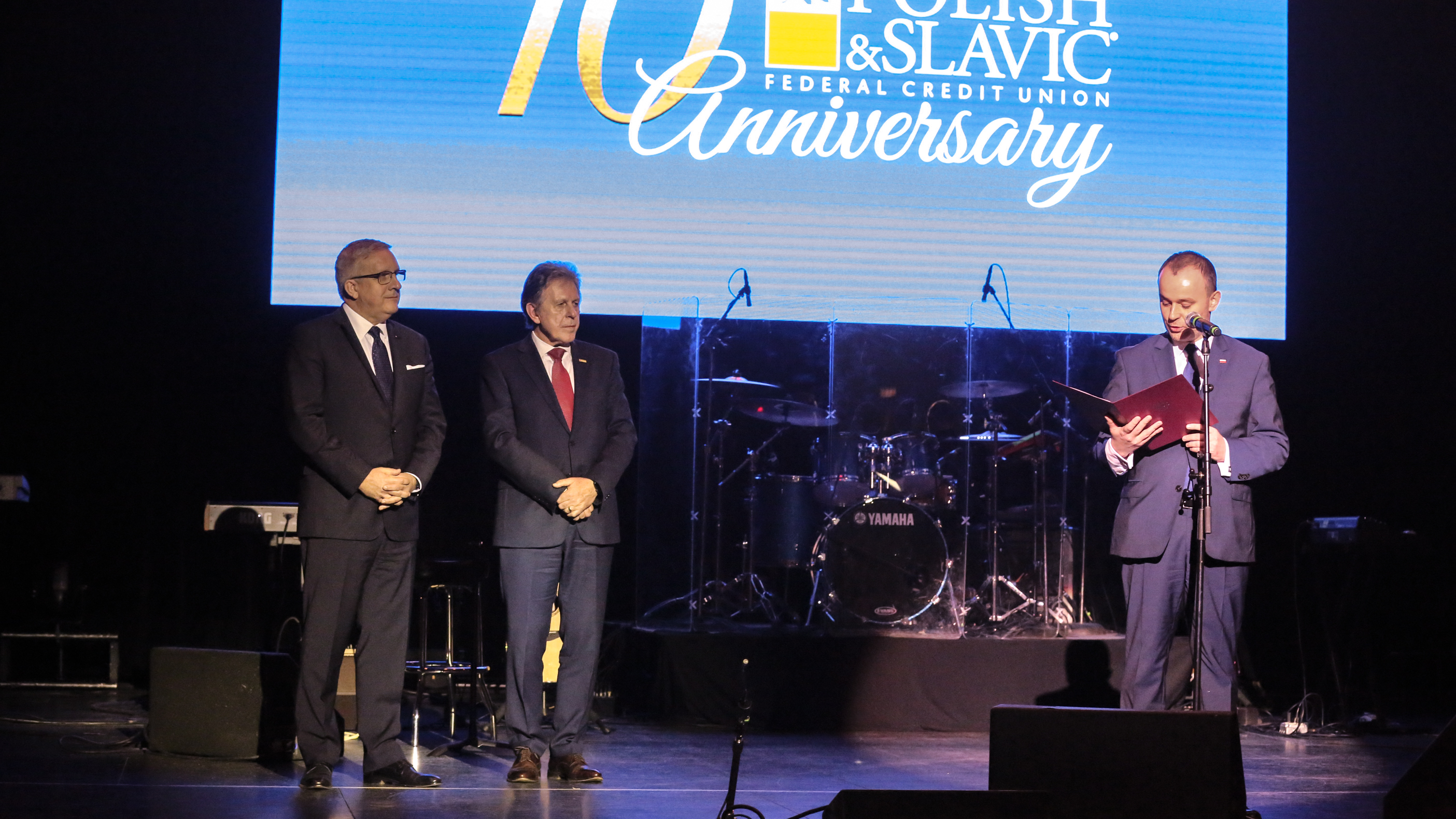 On January 30, 2010, the first two branches of the Polish & Slavic Federal Credit Union were opened in the Chicago area: in Norridge and Mt. Prospect. After ten years, Our Union has grown to 6 branches and 25,000 members, which is a quarter of the membership potential of the whole institution and makes Illinois the fastest growing market. 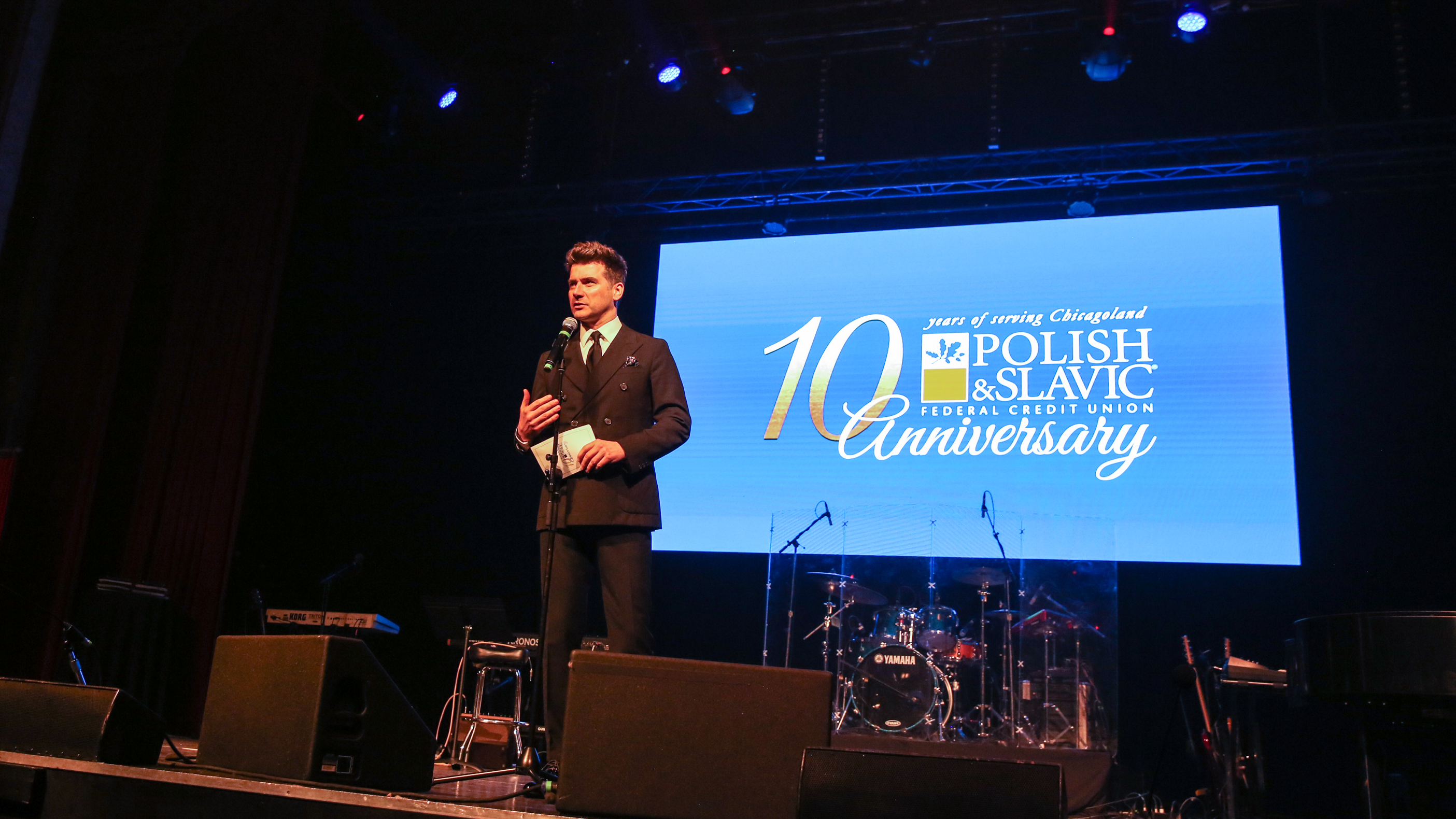 “Our success, our achievements are really unique, and this translates not only into the account balance, as these are only numbers, but translates into help for many, many Polish-American organizations, for Polish-American schools, churches, for our youth and students. We all know our scholarship program, from which over half a million dollars is distributed annually to Polish-American students. This is the best example that Our Union cares for the Polish community - said PSFCU Board of Directors Chairman, Krzysztof Matyszczyk. 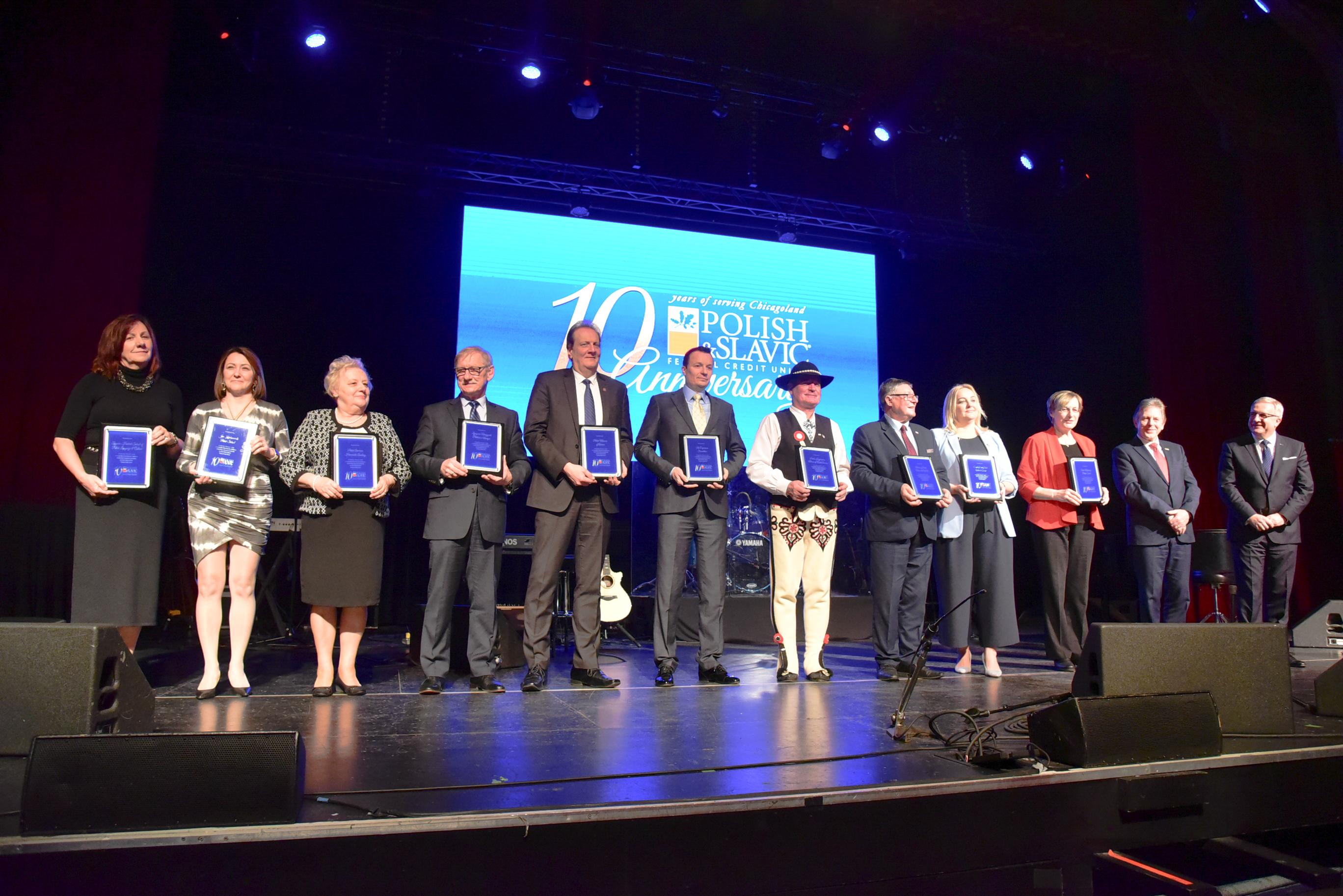 President/CEO Bogdan Chmielewski, who reminded that so far our compatriots in the Windy City have deposited $ 230 million of their savings in the Union accounts. They borrowed $320 million. "This is an amazing success, for which, above all, I would like to thank you, because it is all thanks to your trust and reliability - said Chmielewski. 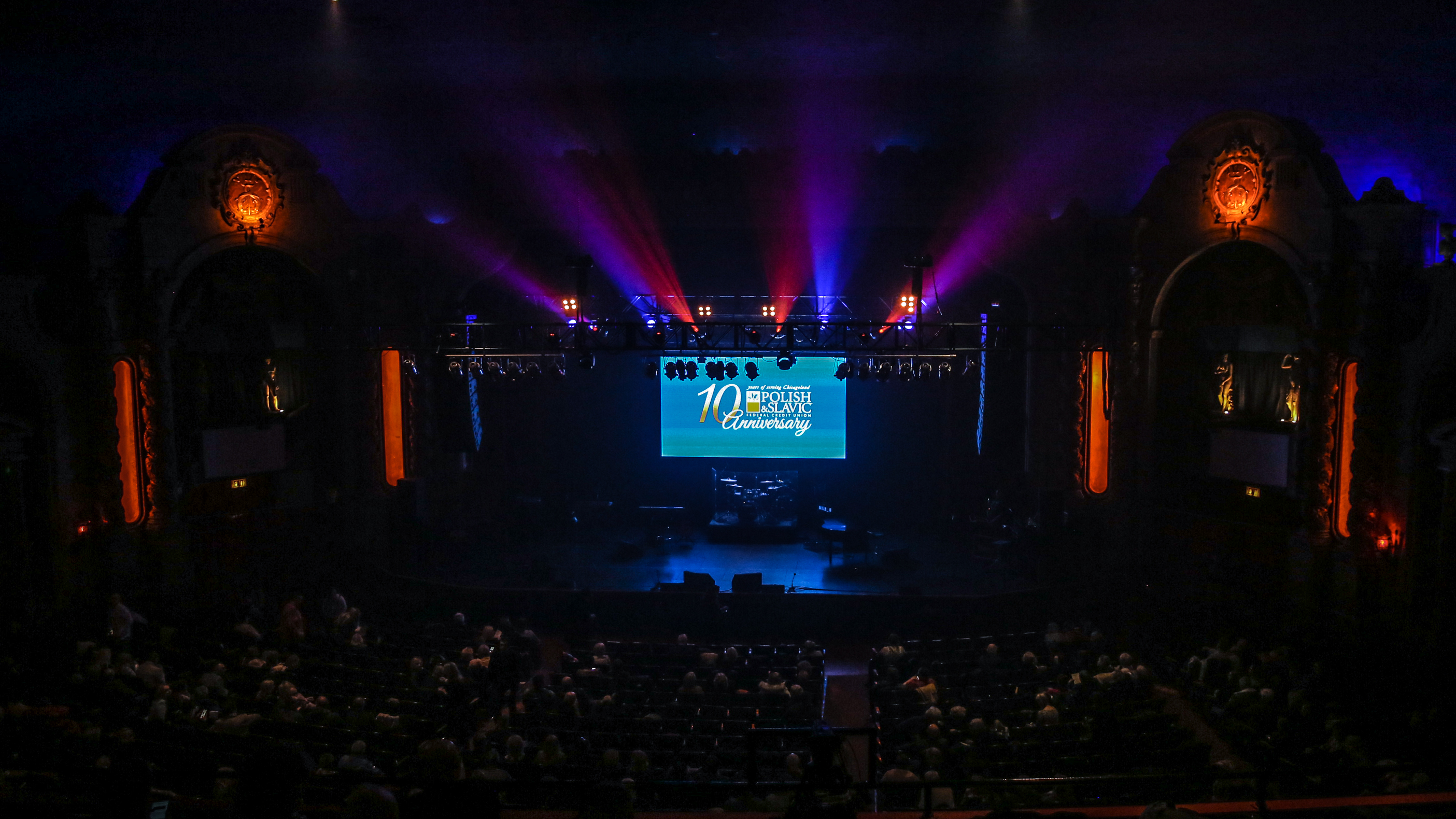 "On the one hand, this is a success in business terms, because the Union's reaching the level of 2 billion assets and over one hundred thousand members, of which a quarter are Poles living in the Chicago agglomeration, proves it the best. On the other hand, we are dealing with a beautiful, integrating aspect of the Union's activities for the benefit of the member environment by supporting many Polish community, social, cultural and school projects - the President of the Republic of Poland Andrzej Duda wrote in an occasional letter, which was read by Minister Mucha. 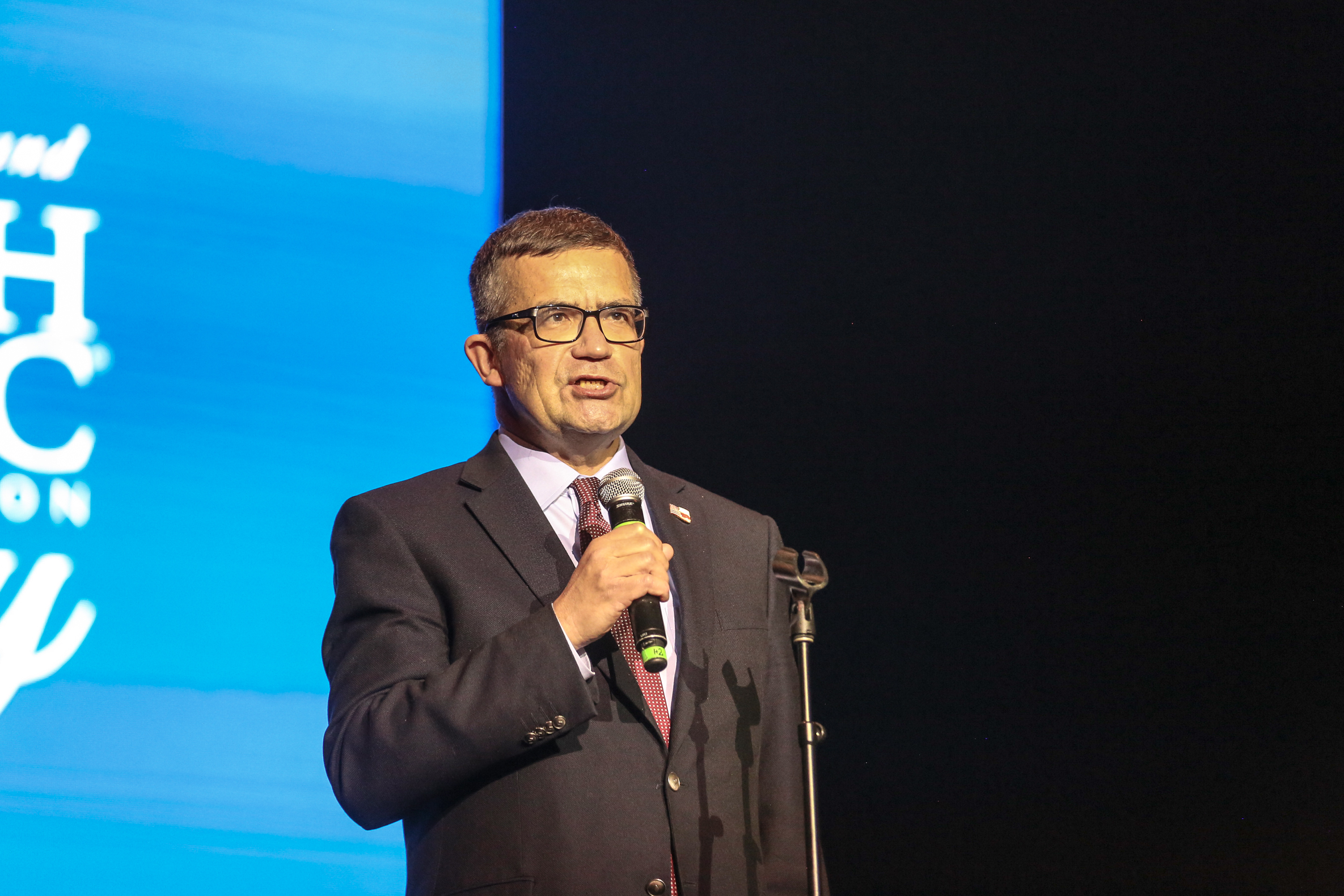 Other guests referred to the financial and social aspects of the Union's activity: among them was Michael Fryzel, the first American of Polish descent to head the National Credit Union Administration (NCUA) in 2008-9. 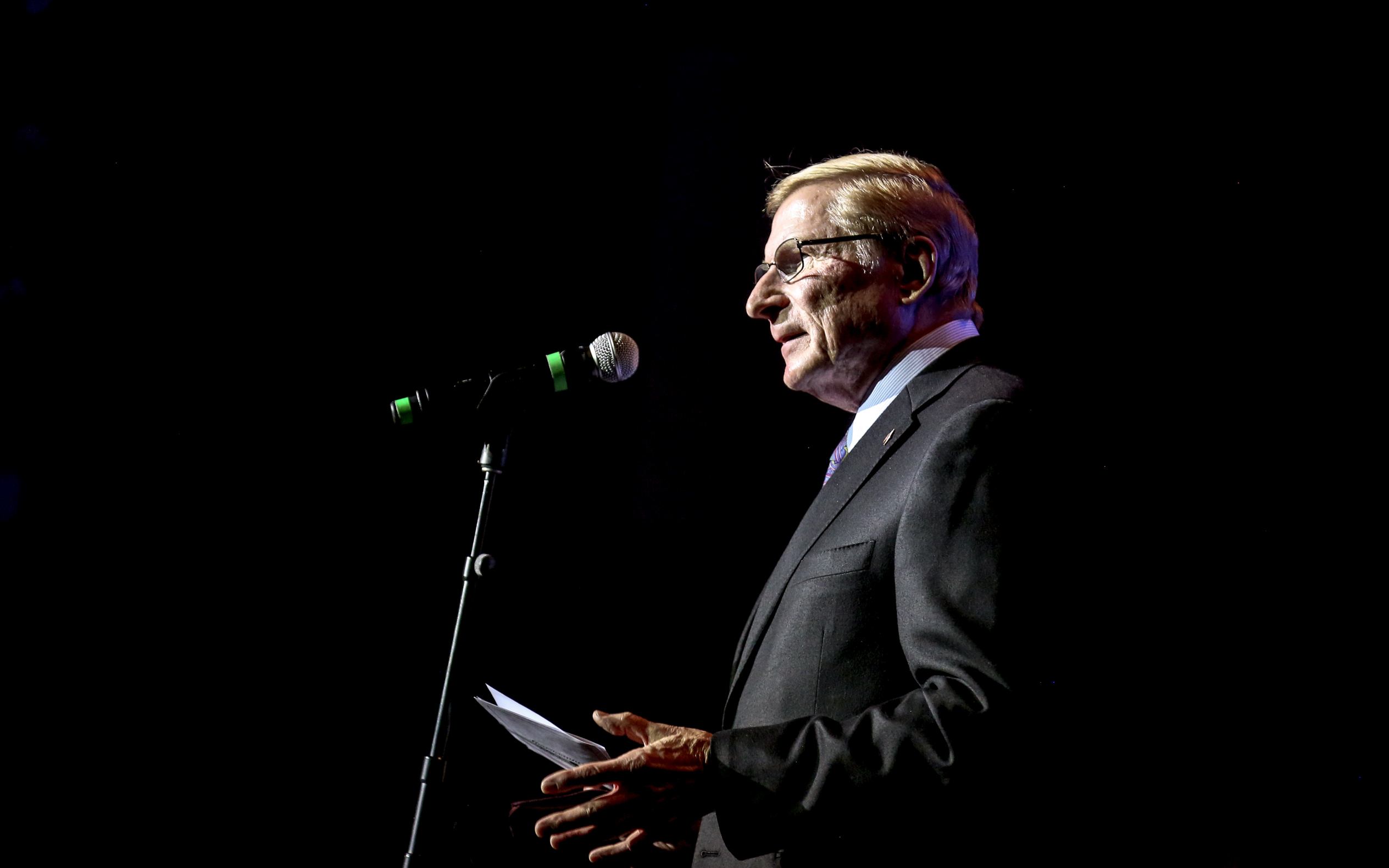 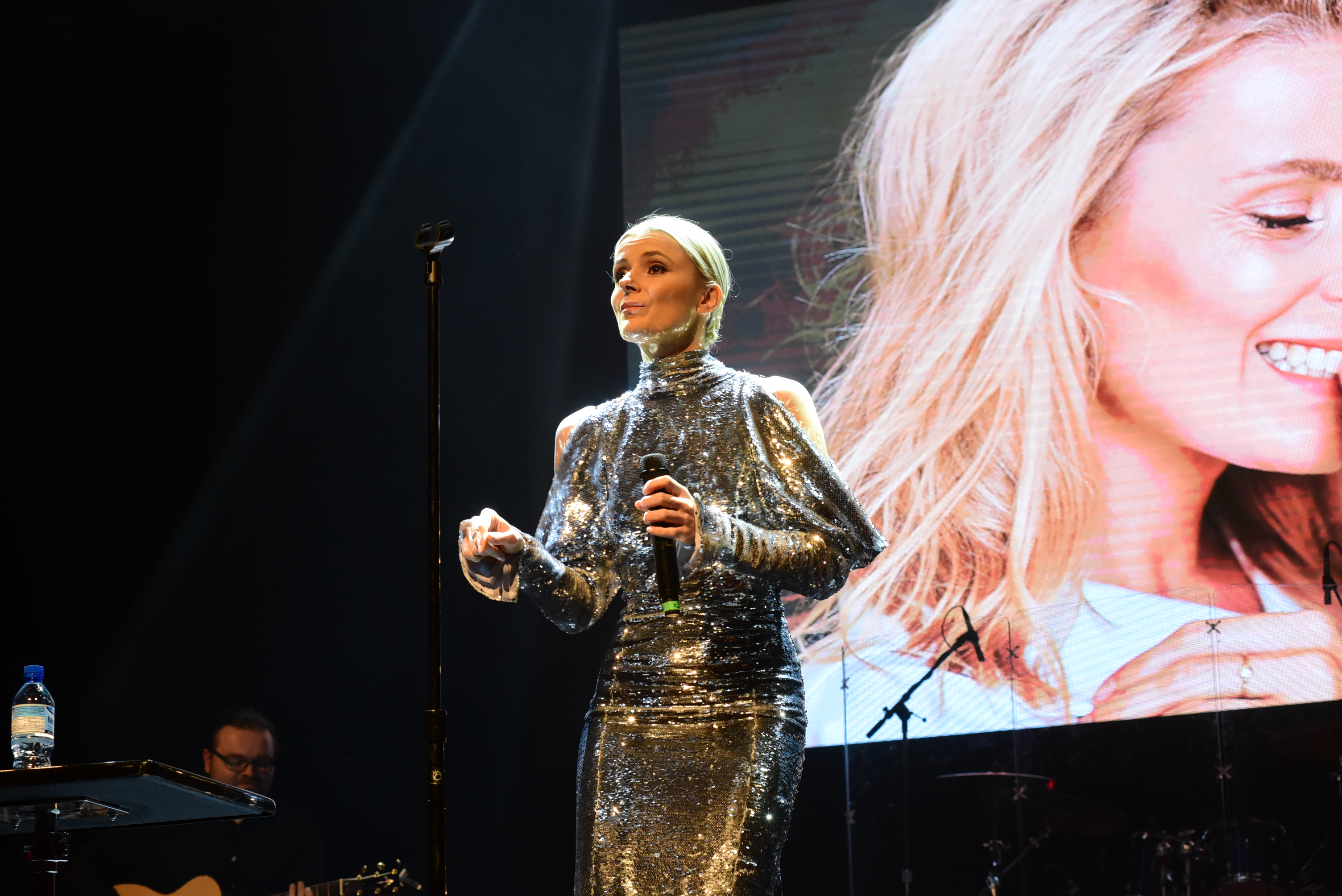 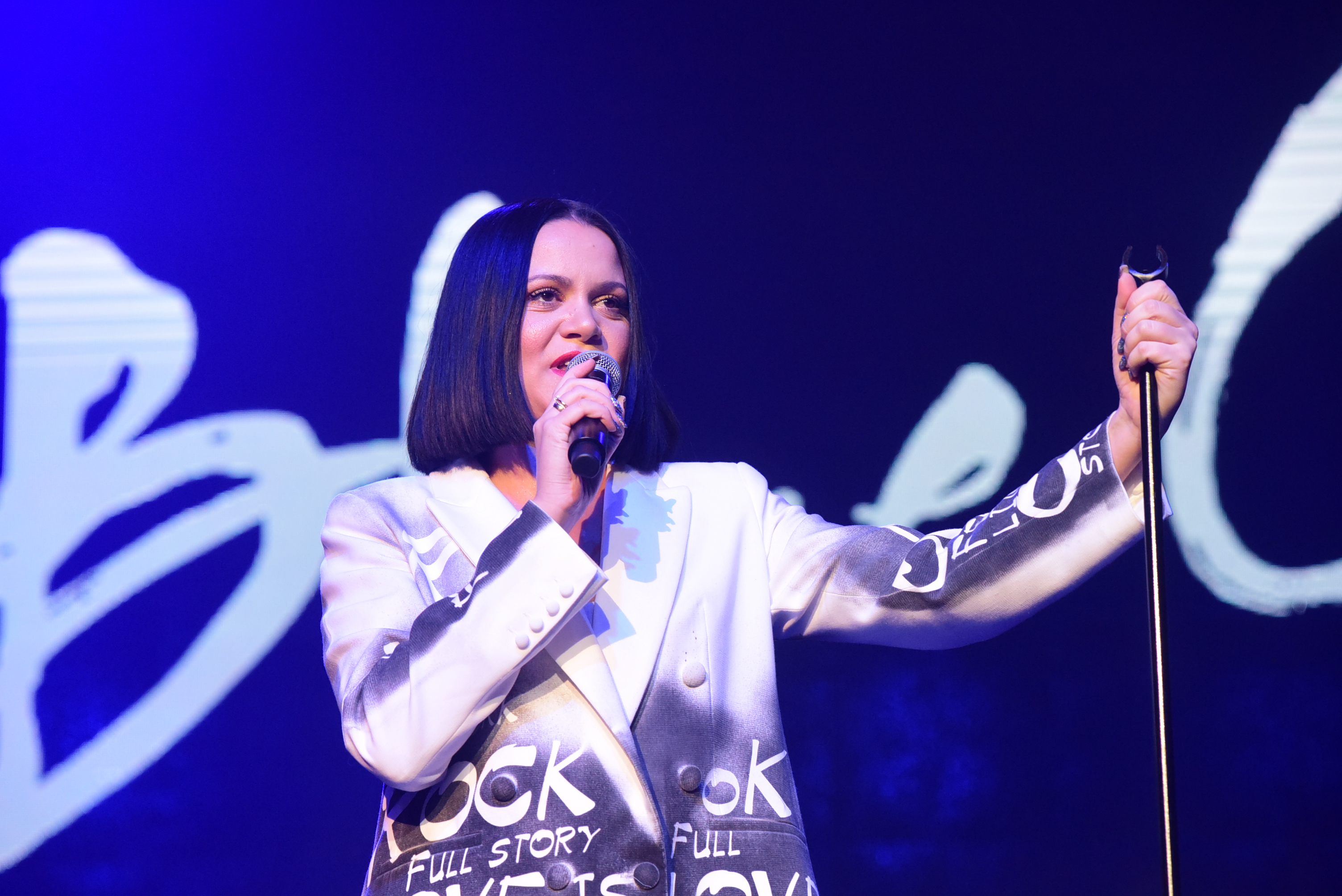 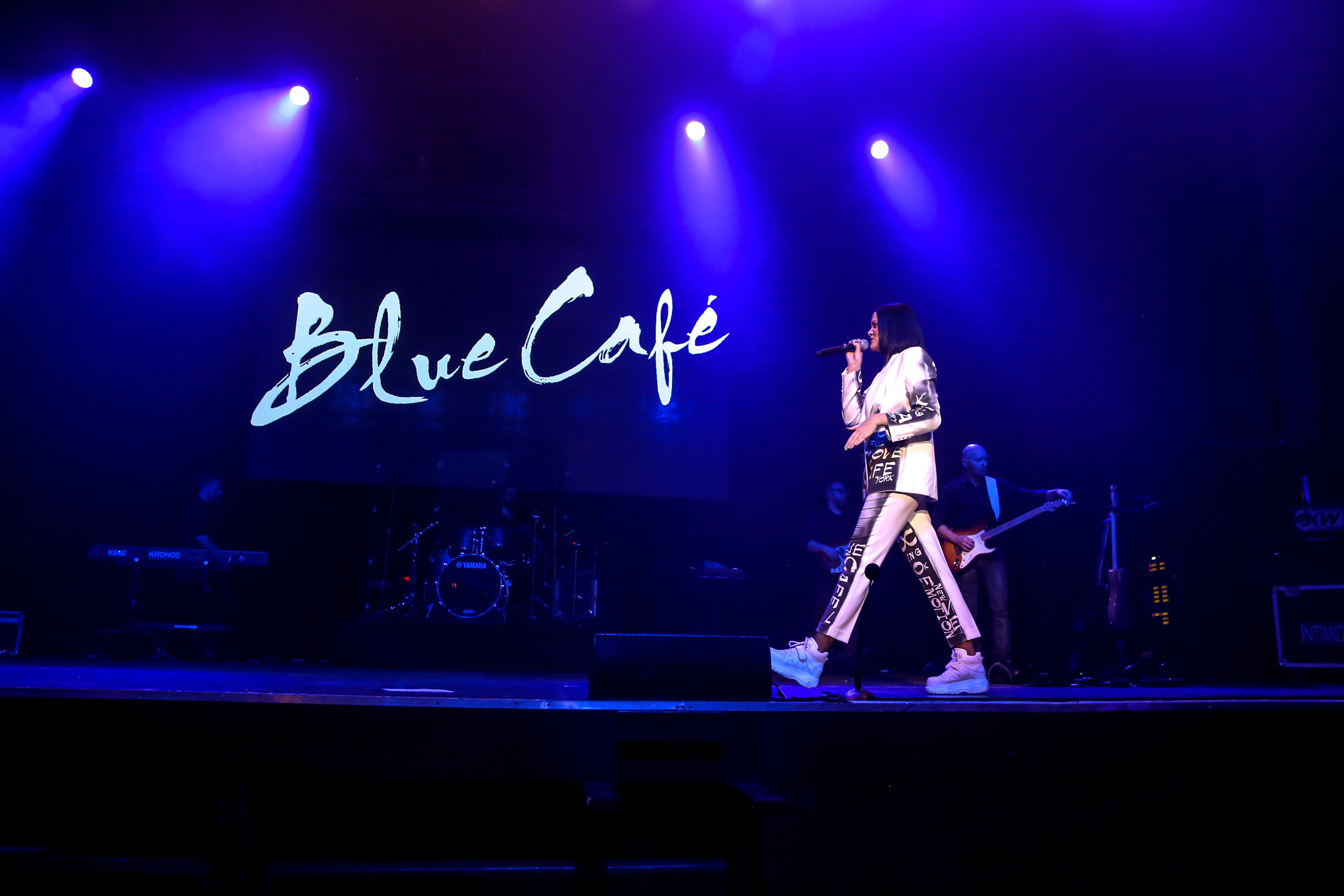 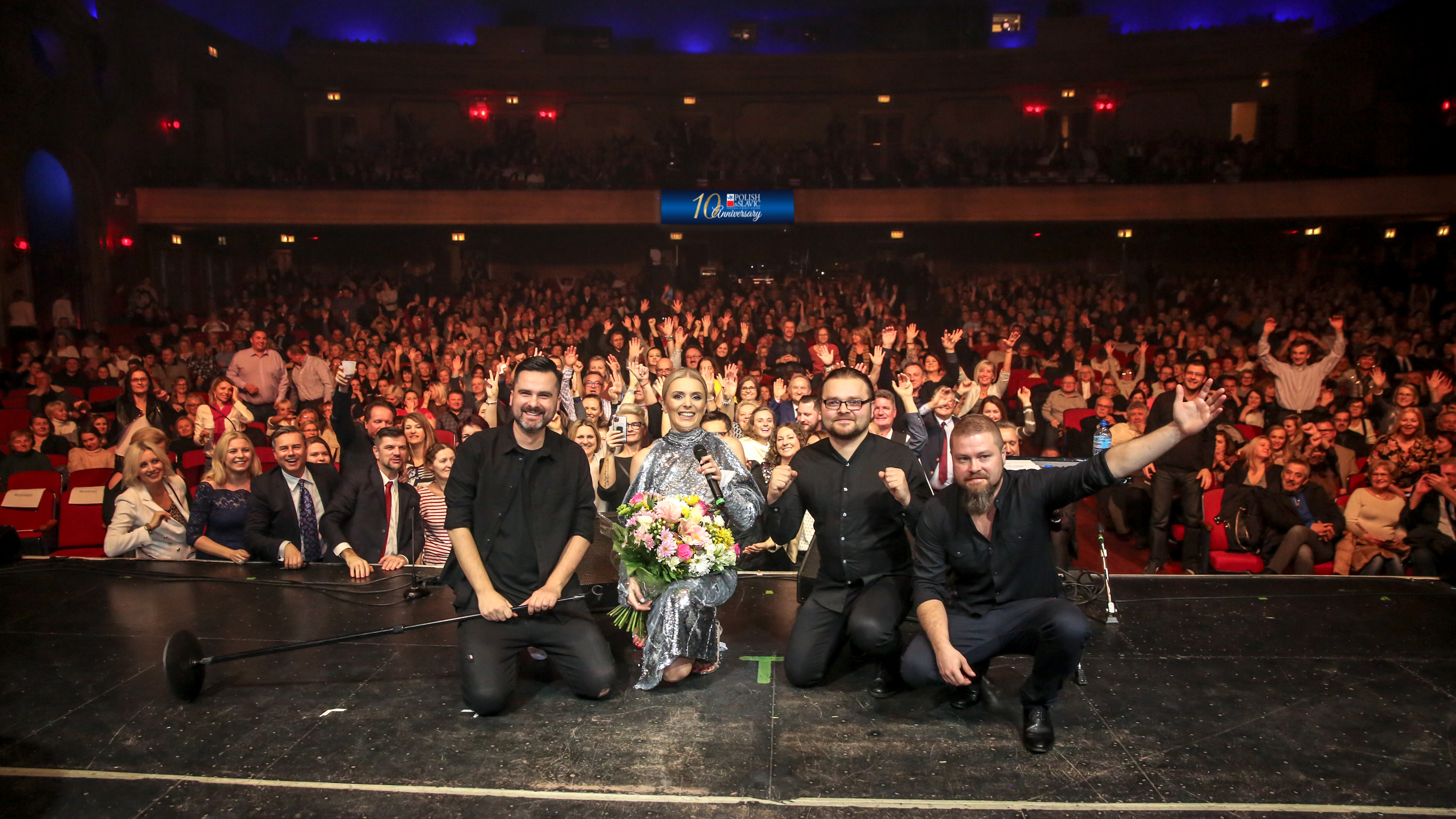