Members of the Polish & Slavic Federal Credit Union have again shown their generosity. During the 6th edition of the „Children’s Holiday Smile” charity drive that ended on December 31, they raised $120,354 for underprivileged children.

During the holiday season, members of our Credit Union took up collection for children’s hospices in CzÄstochowa, Gizycko and Gdynia, as well as for sick Polish children in the US. The charitable drive, organized in cooperation with the New York’s Children’s Smile Foundation, lasted from November 29 to December 31, 2019. “The campaign has become a permanent staple of our calendar, so that PSFCU members are waiting for the end of November and the month of December to be able to take part in a charity drive for children in need. And they do not disappoint: over the past six years, we have already collected 732 thousand dollars for underprivileged children - said PSFCU, President/Chief Executive Officer, Mr. Bogdan Chmielewski.

Out of the total amount of $ 120,354, members of our Credit Union collected $41,401 for the “Promyk” Home Hospice in GiÅ¼ycko, $40,350 for the „Palium” Palliative Care Team in CzÄstochowa (hospice recommended by the First Lady of Poland, Agata Kornhauser-Duda), $28,219 for the „Bursztynowa PrzystaÅ ” (Amber Heaven) Hospice House for Children in Gdynia, and $10,384 for the treatment of Polish-American children in the U.S. (Children’s Smile Foundation). This was the 6th edition of the „Children’s Holiday Smile” campaign and since 2014, Members of the PSFCU have already raised $732,000. 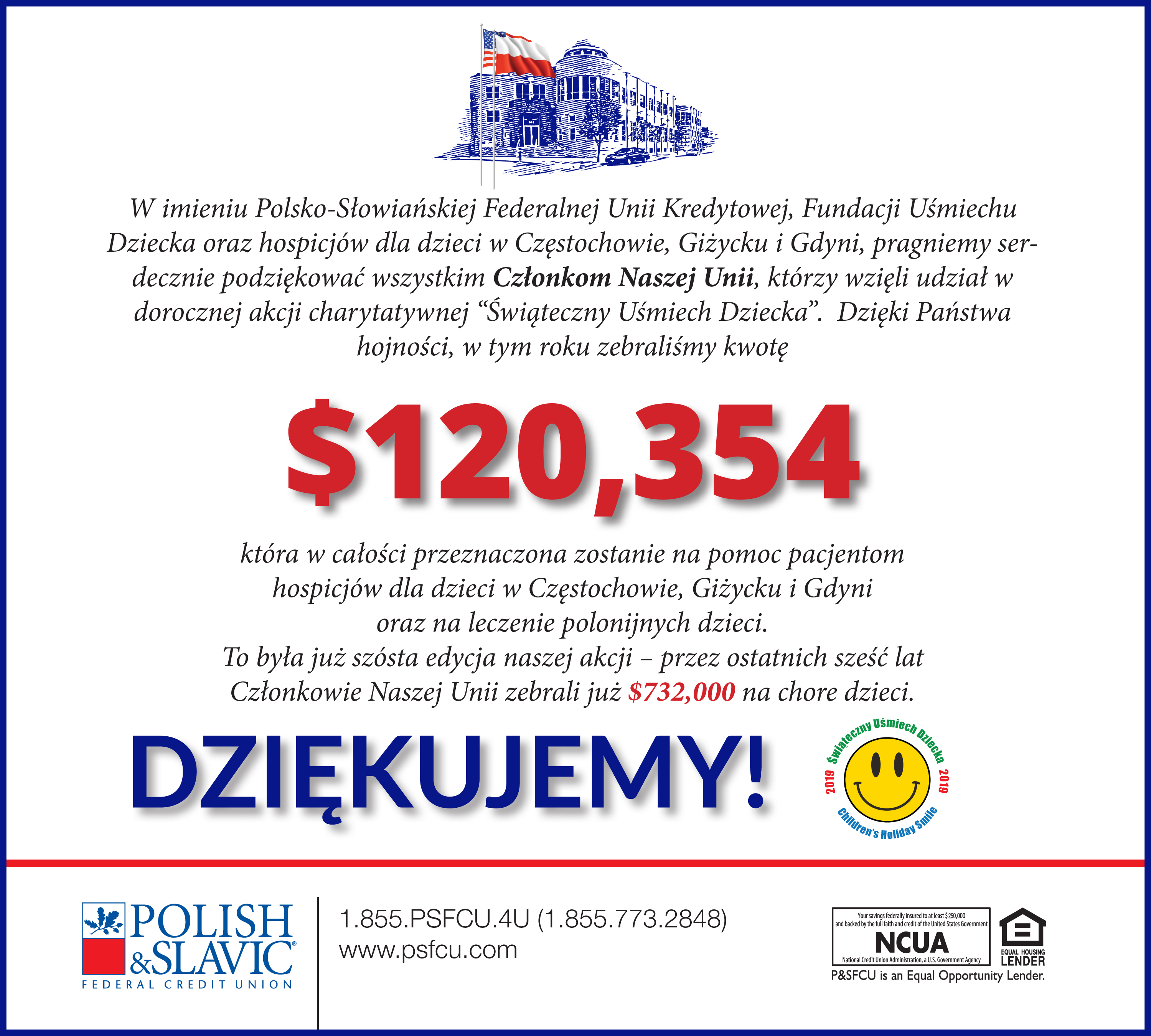