Home > About Us > News > New PSFCU Branch in Orland Park

The Polish-Slavic Federal Credit Union has opened its sixth branch near Chicago. The grand opening of Our Union location in Orland Park in the southern suburbs of the Chicago Metropolitan Area took place on Saturday, November 9.

PSFCU latest branch is the most southerly outpost in Illinois and the sixth in the Chicagoland. According to the Chairman of the PSFCU Board of Directors Krzysztof Matyszczyk, the opening of the twentieth branch of PSFCU clearly indicates that "Our Union is developing well" and remains the true "leader of the Polish community." Chairman Matyszczyk received a special, commemorative license plate for the Polish-Slavic Federal Credit Union, which was handed over to him by the Illinois Deputy Secretary of State, Tom Benigno. 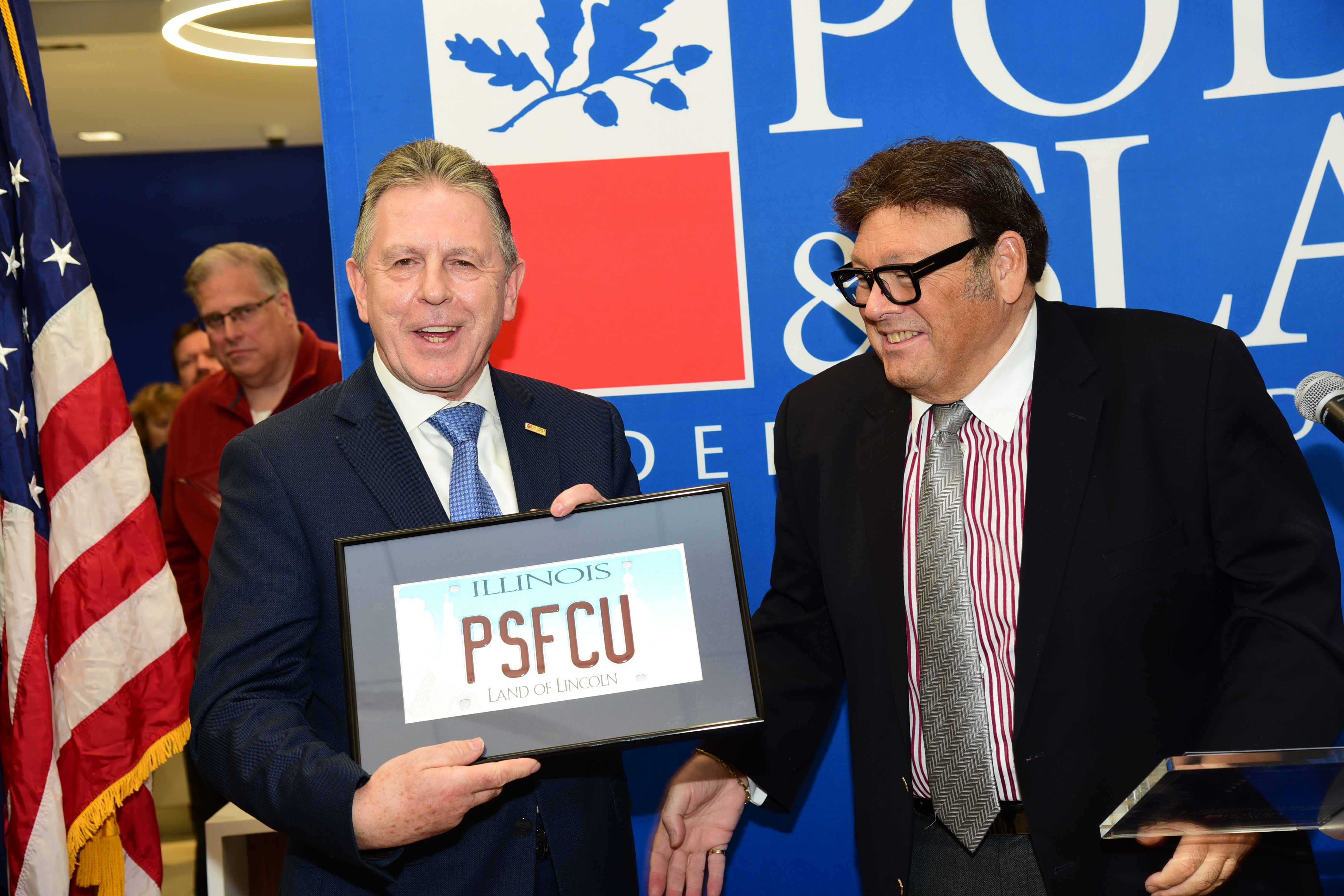 "Almost ten years ago, we decided to open the first branches in Illinois. Today, we already have six branches, over 300 million dollars in loans granted, 231 million in deposits, but most importantly over 24,000 PSFCU members. Currently, almost every fourth member of Our Union lives in Chicago and the surrounding areas, which is the best proof of success - said PSFCU CEO/President Bogdan Chmielewski during the ceremony. 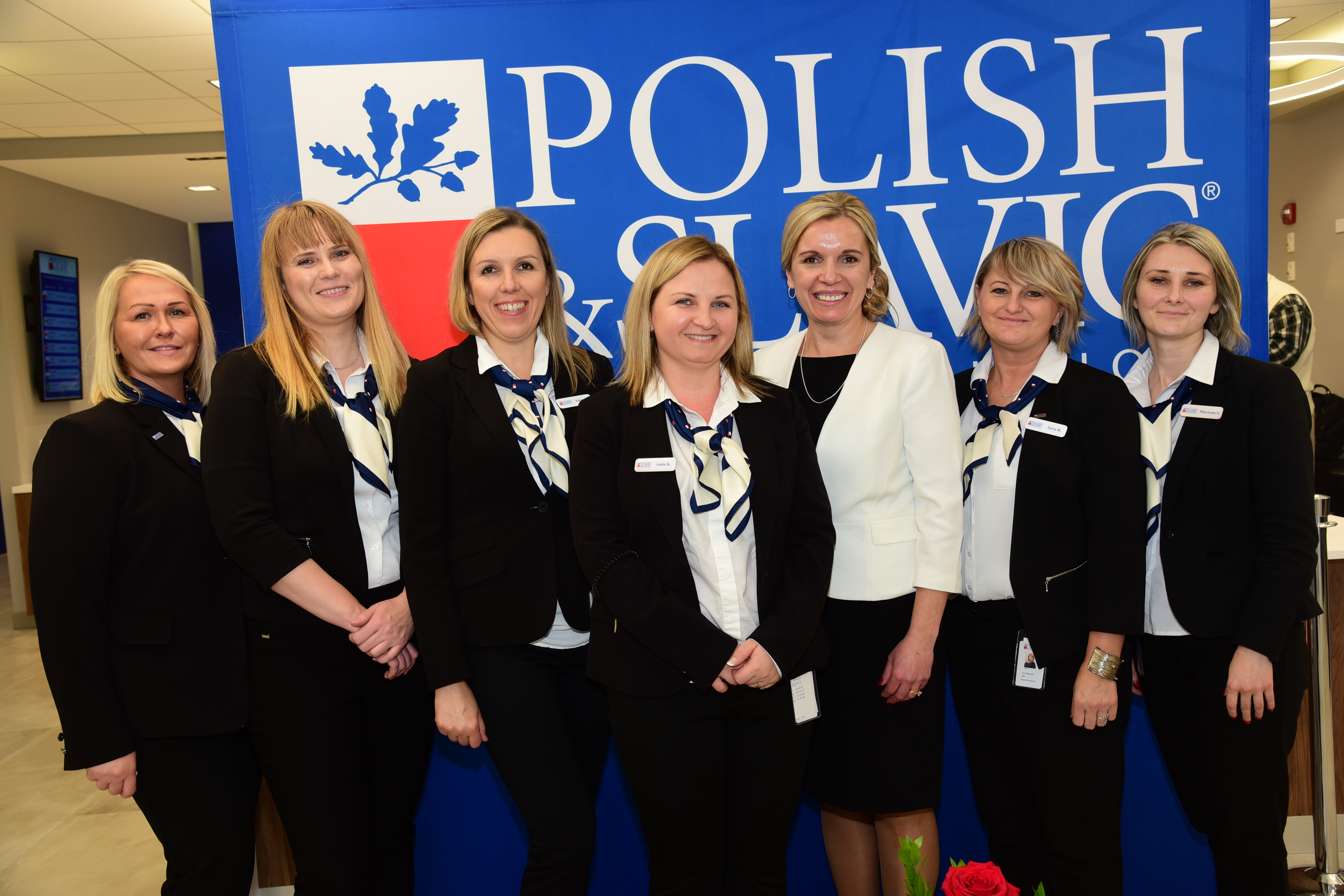 The solemn dedication of the branch was made by priest Grzegorz P. Podwysocki from the Saint John Vianney Catholic Church Parish in Lockport, IL. Piotr Janicki, Consul General of the Republic of Poland in Chicago, was a guest of the ceremony. Renowned Polish writer Marcin Wolski, who was visiting Chicago, recited two of his own poems. The ceremony was also attended by American veterans from the VFW Post 2791 unit from Tinley Park, who celebrated Veterans Day with a solemn presentation of guard colors. 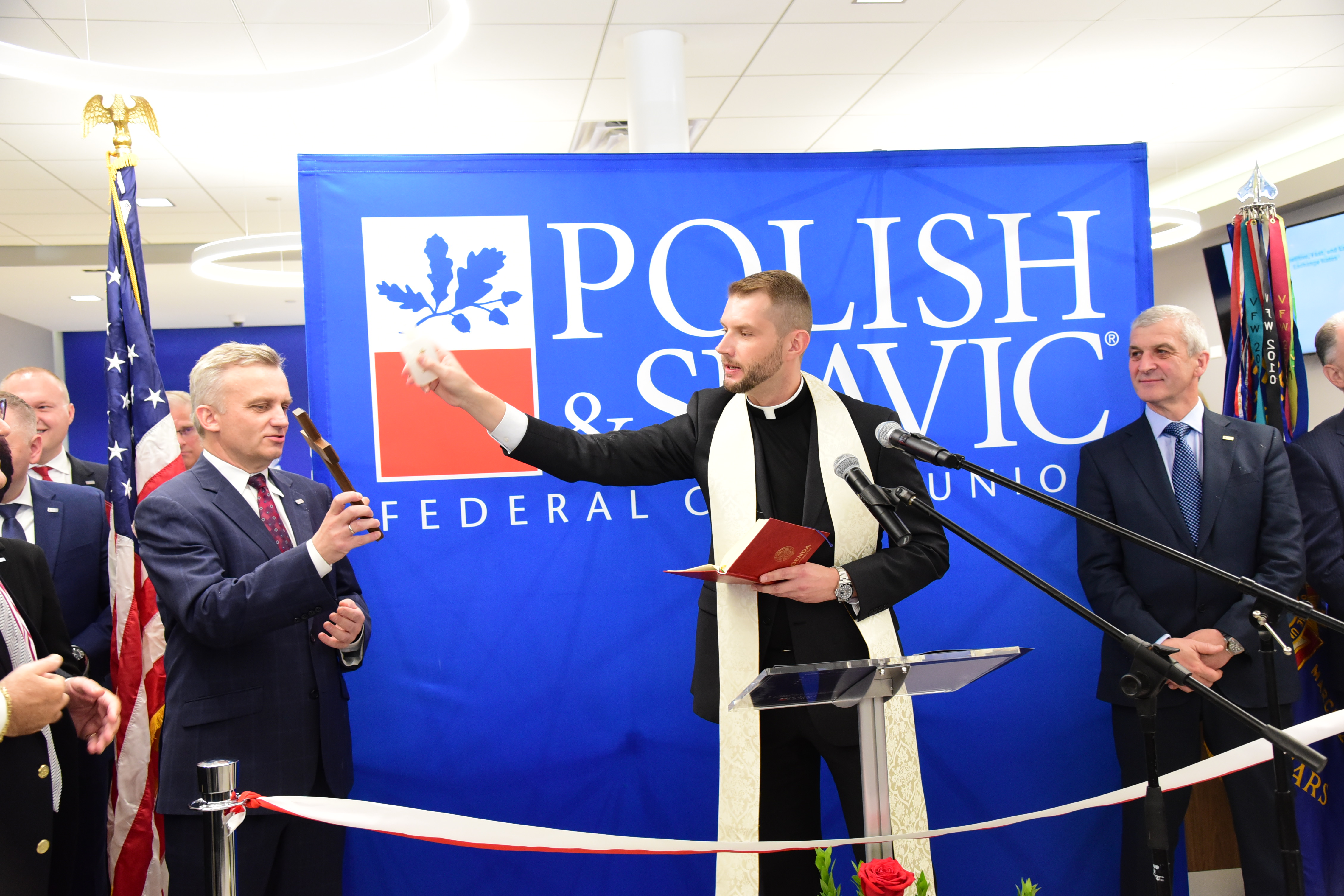 GraÅ¼yna Pikul, the manager of the PSFCU Orland Park Branch, encouraged everyone to "continued cooperation." The artistic part featured the folk group "WesoÅy lud" and sixteen children wearing Cracow costumes, from the King Casimir the Great School in Orland Hills. 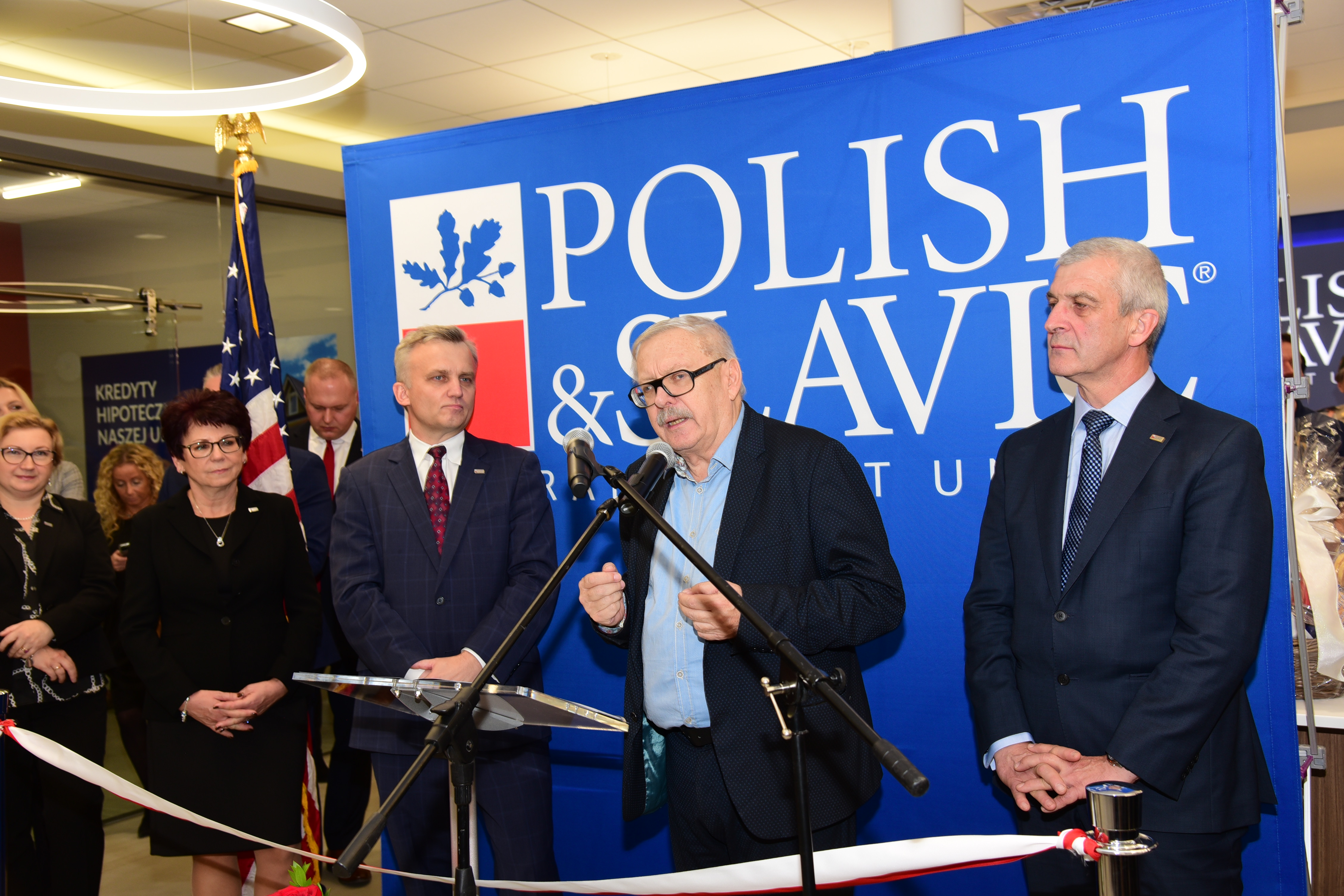 Marcin Wolski during an event 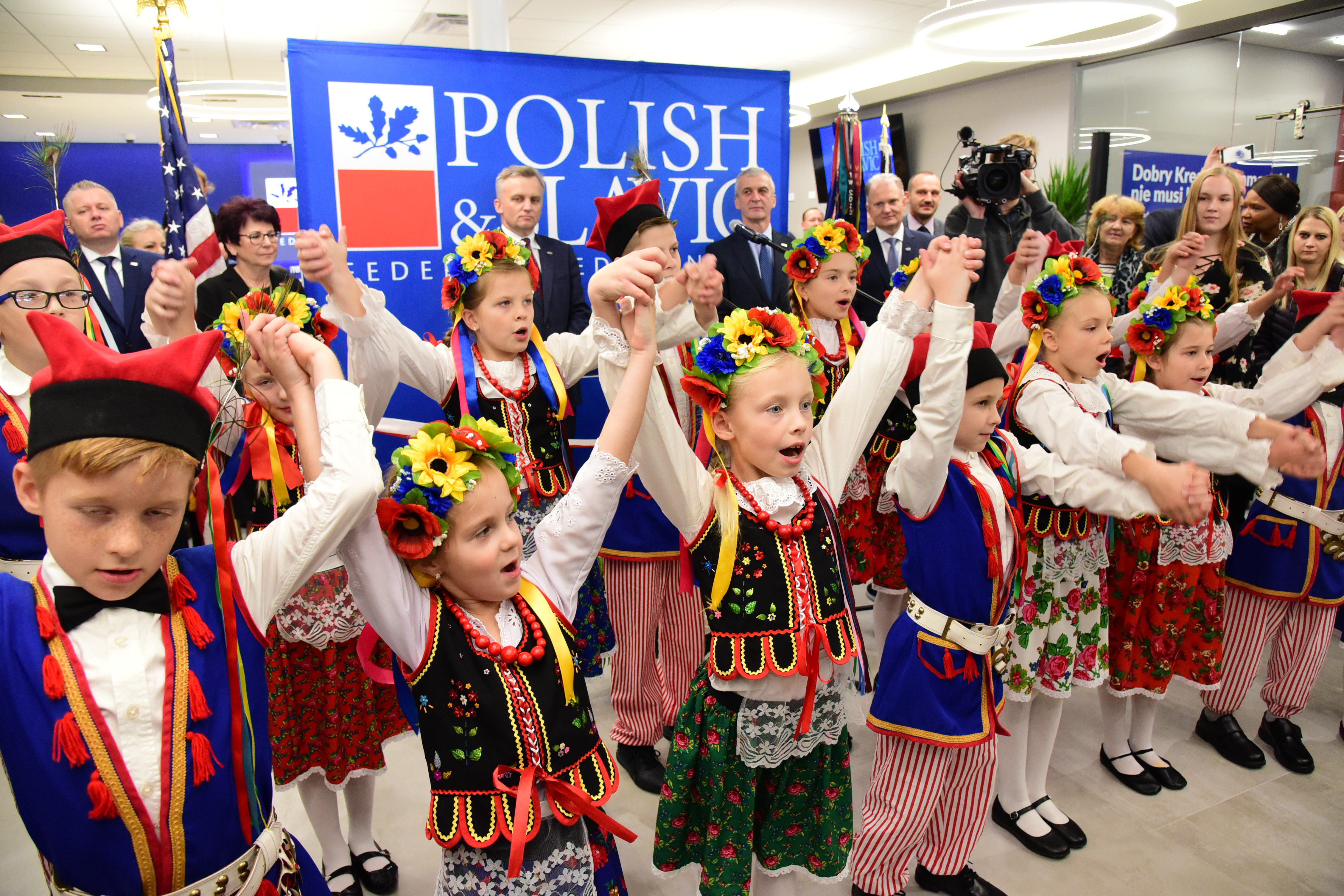 Young artists from the King Casimir the Great Polish School in Orland Hills.