September 1, 2019 marks the 80th anniversary of German invasion of Poland, an event that started World War II. At noon on the eve of the anniversary, Polish & Slavic Federal Credit Union, in cooperation with the Consulate General of the Republic of Poland and the Museum of Second World War in Poland, commemorated this tragic day by officially unveiling the "FIGHTING AND SUFFERING. Polish Citizens During World War II" exhibition at the PSFCU headquarters located at 100 McGuinness Blvd. in Brooklyn, NY. Honorable Rodney E. Hood, Chairman of the NCUA, was the guest of honor at the ceremony.

Addressing the gathered guests, Mr. Hood mentioned the proud yet tumultuous history of Poland and the ties that have bound the Polish and American nations from the early days of the American Republic.

"The Polish people made valuable contribution to the creation of another nation – they contributed to the creation of the United States of America," Mr. Hood said. He recalled Thaddeus Kosciusko, the hero of the two nations, who made significant contribution to the American War of Independence. He applauded PSFCU for bringing the exhibit to the United States. "Images on display are a powerful reminder of a time 80 years ago when the Polish people stood alone against two invading nations," he said. 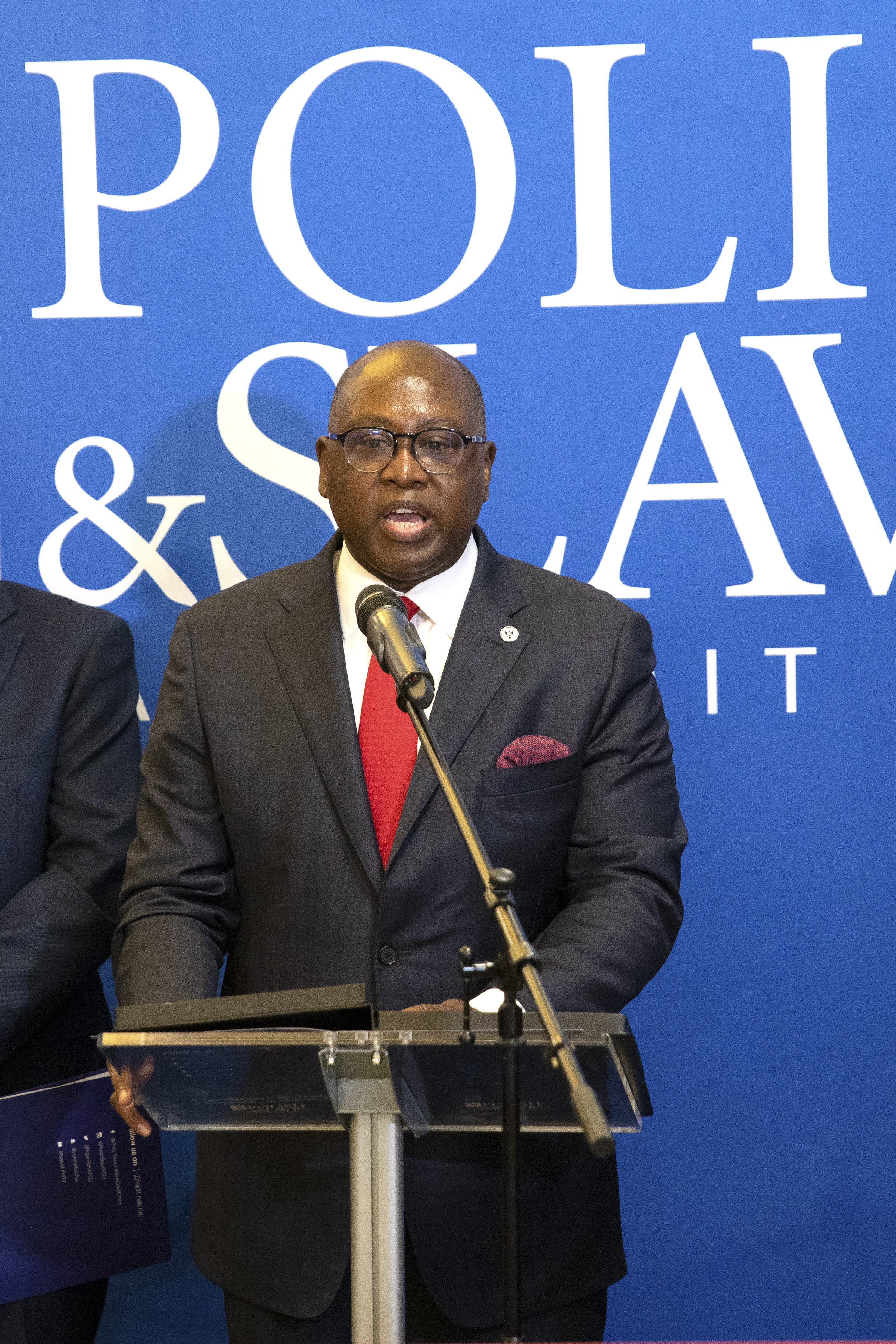 The NCUA Chairman, who previously visited the Polish & Slavic Federal Credit Union in 2009, also remarked on the success of PSFCU, which in 43 years has grown to reach $2 billion in assets and serve over 100,000 members. "The record of service reflects the proud tradition of the credit union movement, which from its beginning was based on the principles and tenets of "people helping people," said Mr. Hood. "It also means a strong commitment to the community, strong relationships with partner organizations and strong focus on the future."

During his brief address, Polish Consul Maciej Golubiewski thanked PSFCU for hosting the exhibition. "For the United States and Poland, and the whole world, that fateful and solemn 80th anniversary of the outbreak of World War II is something to ponder and reflect upon," Mr. Golubiewski said. "It touched the lives of hundreds thousands of Americans, it touched the lives of millions of people." 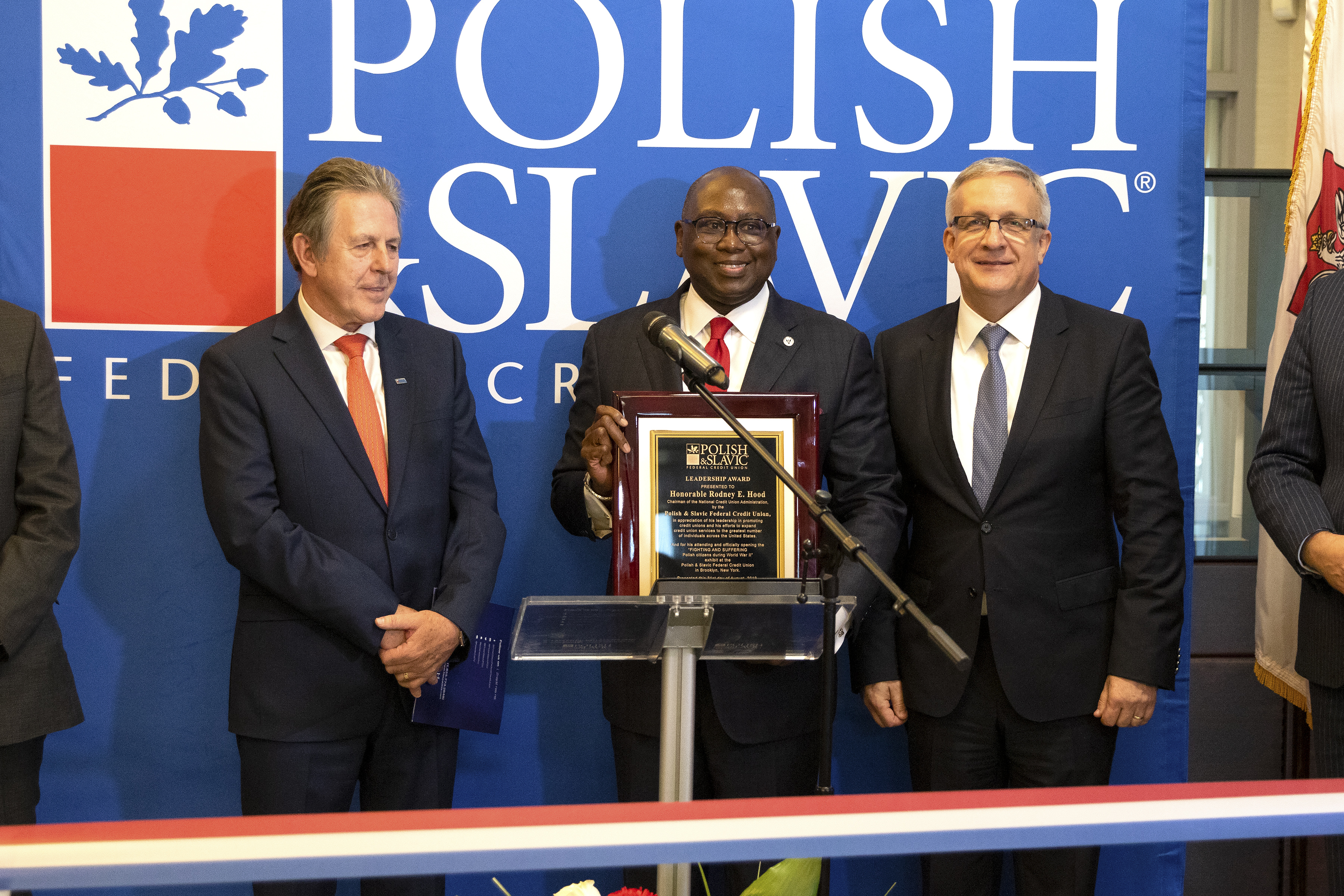 PSFCU Board of Directors Chairman, Mr. Krzysztof Matyszczyk mentioned the support that the Polish-American community receives from PSFCU, including a total of over $5 million awarded under the PSFCU Scholarship Program, as well as donations to a multitude of educational institutions and community organizations. This also includes sponsorship of hundreds of community events, such as the exhibit which "is very important to all of us and which reminds us of the sacrifice and heroism not only of millions of Poles, but also Americans fighting and dying in defense of freedom during World War II." 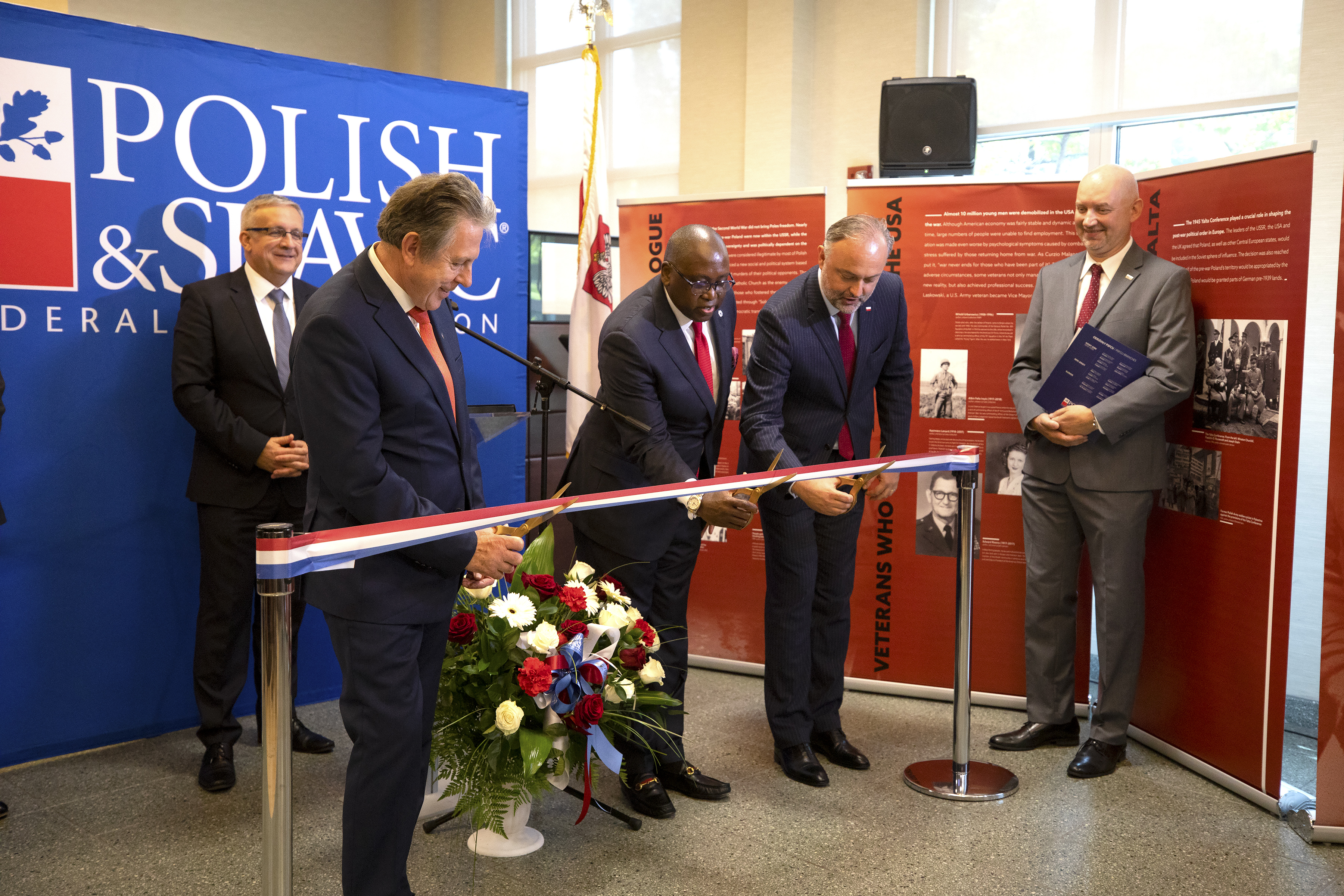 In welcoming the guests at the start of the ceremony, Bogdan Chmielewski, PSFCU President/CEO, recalled that the credit union has been serving the Polish-American community for 43 years during which "we helped thousands of Polish immigrants to buy their first car, the first house, to receive the first credit card, or, what's most important, to safely deposit their lifetime savings."

The exhibition unveiling concluded with the ceremonial cutting of the ribbon by Consul General of the Republic of Poland Maciej Golubiewski, Honorable Rodney E. Hood and PSFCU Chairman of the Board of Directors Krzysztof Matyszczyk.