As every year during the holiday season, our Credit Union is organizing the Children’s Holiday Smile fundraising drive. Until December 31, every PSFCU Member can make a donation that will be used to help seriously ill children in Poland and to treat Polish-American children in the United States. As of December 12, we have raised $58,567 already. 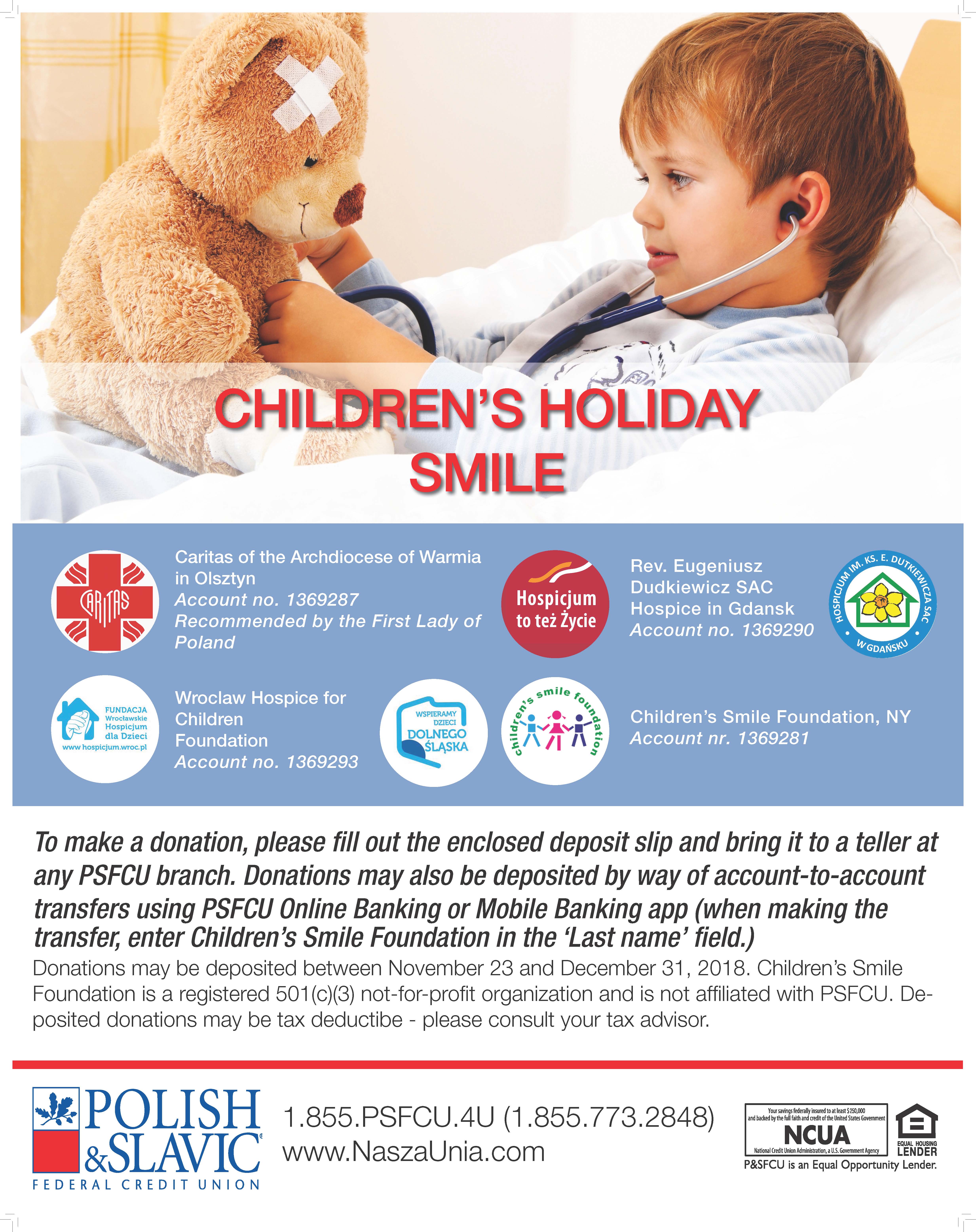 To make a donation, please fill in the coupon available at PSFCU branches or online at www.NaszaUnia.com and leave it with a teller at any of our Credit Union branches. Donations can also be made via fund transfers between accounts using Online Banking or the PSFCU Mobile Banking application. The fundraiser is being held until December 31, 2018.

This year marks the fifth edition of the joint campaign of the Polish & Slavic Federal Credit Union and New York’s Children’s Smile Foundation. Since the Children’s Holiday Smile started in 2014, the Polish community in New York, New Jersey and the Chicago area has raised $500,000 for children’s hospices in Poland and needy sick children in the United States. The PSFCU does not charge any fees for collecting the funds, and therefore 100% of the money will be deposited into the designated accounts.