On the occasion of the centennial on Sunday, November 11, the white and red flag wove in the most prestigious location in New York. The animated Polish flag with the English caption “100th Anniversary of Poland’s Restoration to Independence” was displayed repeatedly on the NASDAQ building located on New York’s Times Square, known by many as the “Crossroads of the World”. 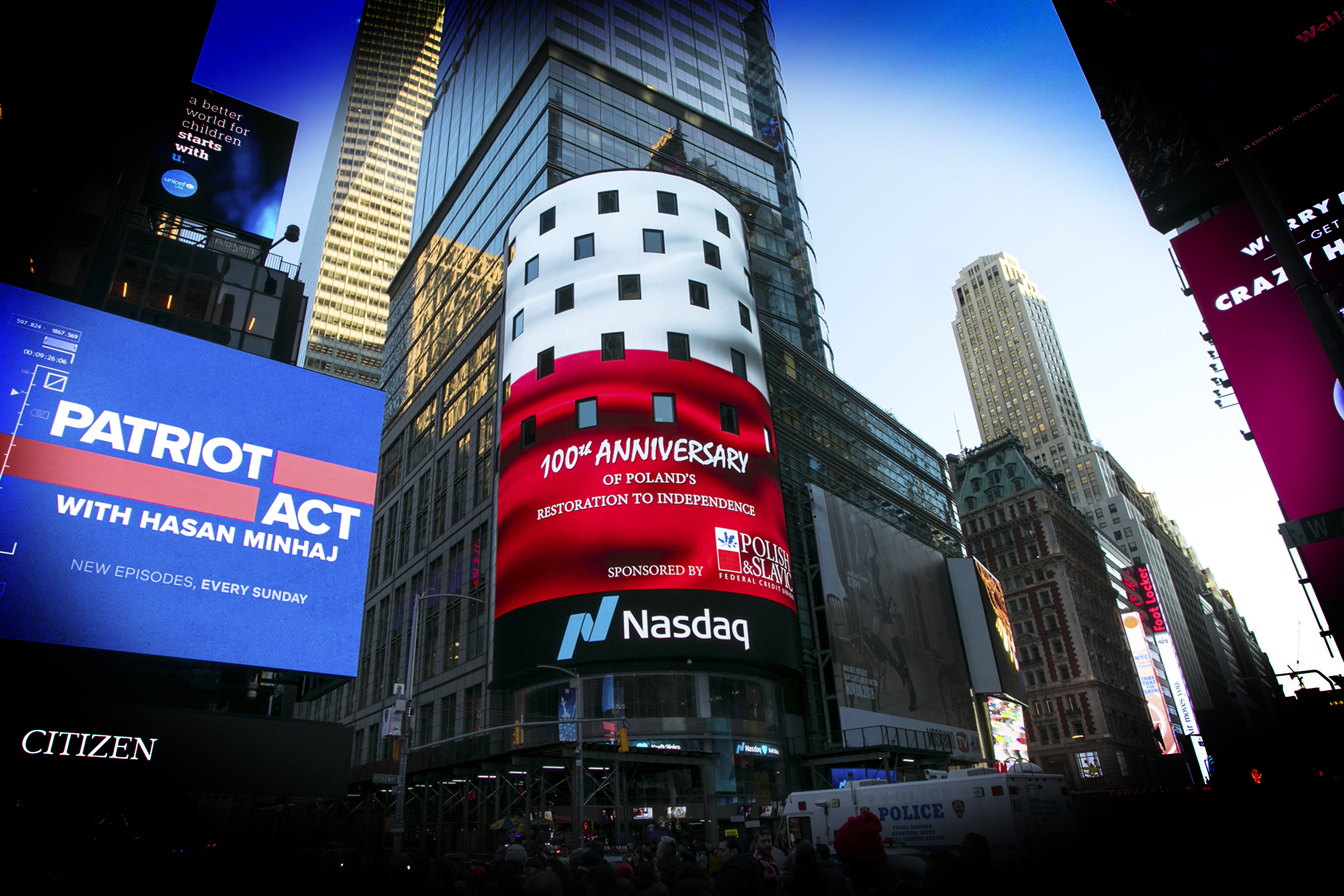 The thirty-second spot was displayed on Sunday, November 11, 2018, at least three times per hour, with the highest frequency between 10 a.m. and 10 p.m. The ad on New York’s Times Square was one of many initiatives of the Polish & Slavic Federal Credit Union celebrating the 100th anniversary of Poland’s regaining independence. Our Credit Union sponsored many observances, ranging from Holy Masses and solemn Polish flag-raisings, to concerts, exhibitions and ceremonial rallies, assemblies and youth competitions held in the New York and Chicago metropolitan areas as well as in Pennsylvania, New Jersey and Connecticut.

The PSFCU branches also commemorated the anniversary so important to all Poles. The event was celebrated in November by employees wearing T-shirts with the characteristic logo: the number 100 in white and red. The Ridgewood NY branch featured a special anniversary exhibition conceived by Branch Manager Agnieszka Dudus. 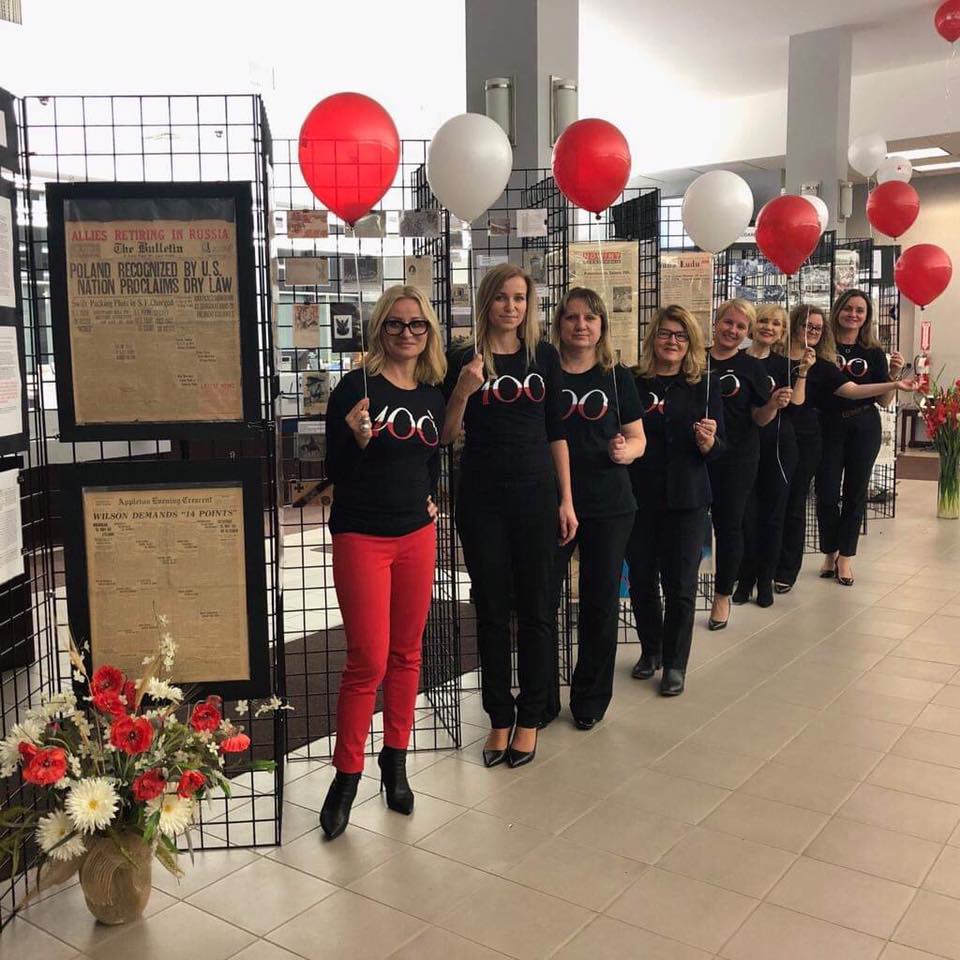 “The 100th anniversary of Poland’s regaining its independence is an important event for the entire US Polish community, which so values a free and independent Poland. It is also a good opportunity to remember our lasting bonds to Poland, as well as the Polish community’s contribution to the process of Poland’s regaining independence in 1918. Without the actions of Ignacy Jan Paderweski, who took the Polish postulates to President Woodrow Wilson in the United States, without the active political and financial support of the US Polish community, and without the over 20,000 volunteers to the Blue Army, the road to Polish independence would have been much longer, to say the least,” said PSFCU Chief Executive Officer Bogdan Chmielewski. 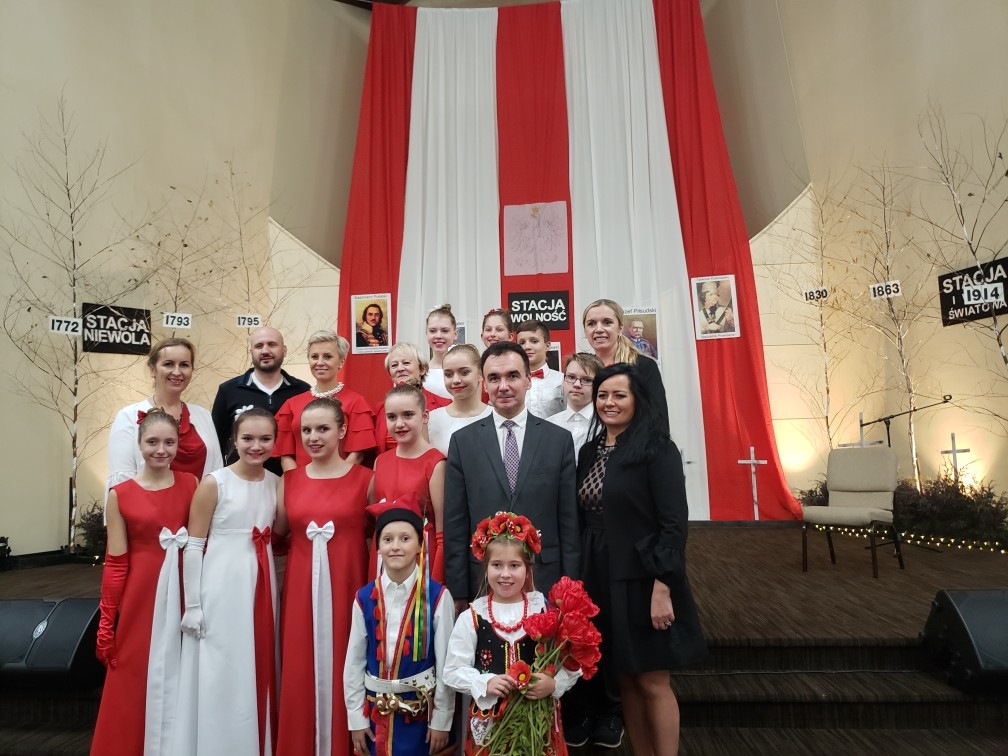