Home > About Us > News > PSFCU 30th Anniversary in New Jersey

On October 7, the Polish & Slavic Federal Credit Union celebrated the 30th anniversary of the Union branch. That was the first PSFCU branch in New Jersey.

The official anniversary celebration began at noon on Saturday with those in attendance singing the Polish and American national anthems, after which Rev. Andrzej Ostaszewski, Rector of St. Casimir’s Church in Newark, led them in prayer. “We are thankful today for 30 years of work for the Polish community in New Jersey. We are thankful for all the good things that have been done at this branch. We are glad and we are proud of the homelike atmosphere created for the Polish people coming here,” said Ostaszewski in his blessing. Director Leszek Wojtkowski spoke on behalf of the PSFCU Board of Directors, thanking the employees of the Credit Union branch for their efforts to help our Credit Union members. “First and foremost, I would like to thank you parents. Just as you do today, parents have always come in holding their children by the hand, showing them where they should open their accounts in the future,” said Director Wojtkowski. 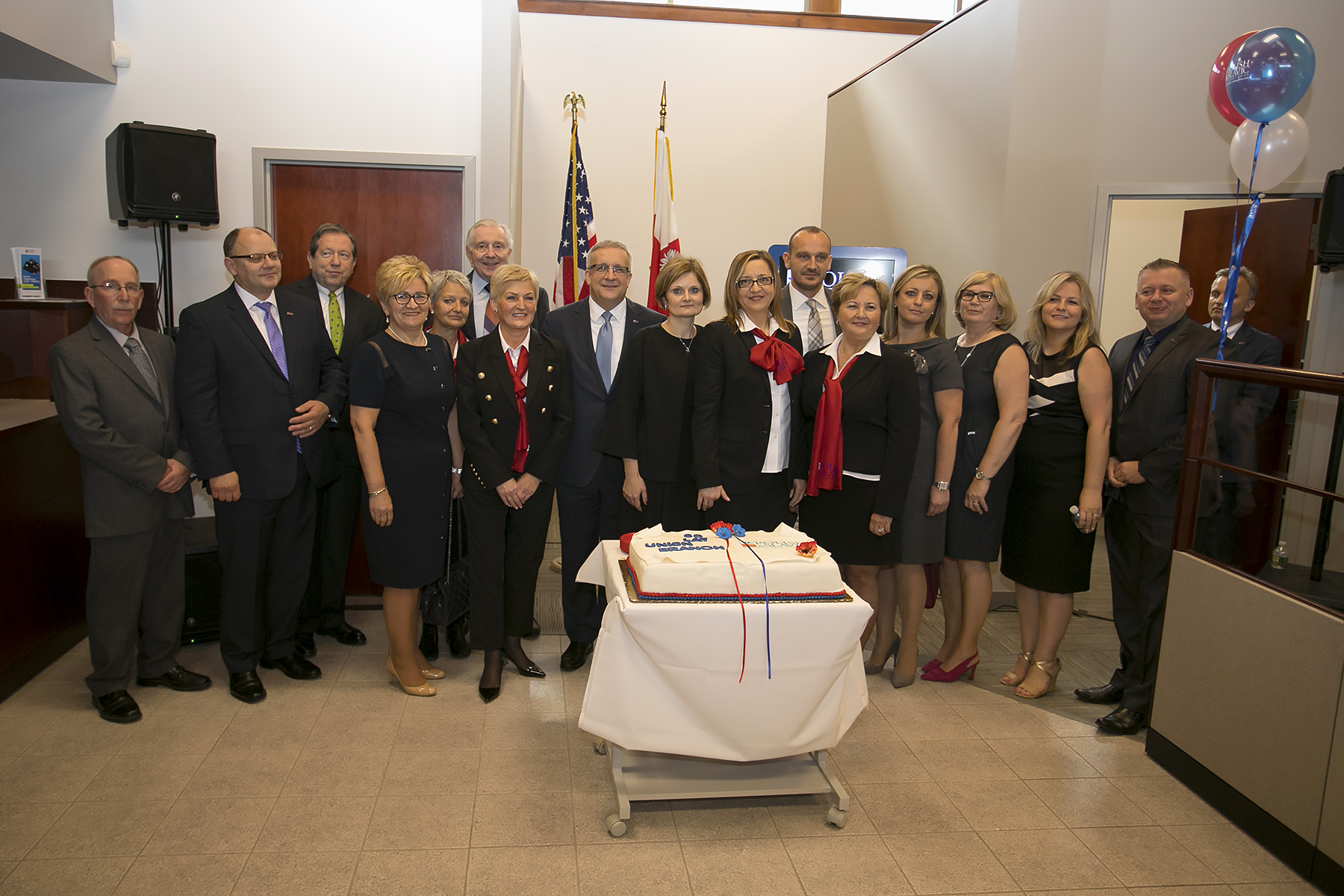 The PSFCU Union branch was opened at 667 Chestnut Street in 1987. It was our first location west of the Hudson River and opened us up to the Polish community in New Jersey. “I think that one of the reasons for our success is that PSFCU was able to make the right decision at the right time. That was the case with the opening of the first New Jersey branch thirty years ago, as well as in 2009 when we decided to establish branches in the Chicago area,” said PSFCU Chief Executive Officer Bogdan Chmielewski. Special awards were given to seven members of our Credit Union on the occasion of the anniversary: Stanley Malinowski, Witold Gradzki, Andrzej Karwowski, Andrew Bukowczyk, Stanley Legec, Henryk Roszkowski and Zdzislaw Surowiak. “This is a little piece of our country, Poland. There is a crucifix hanging on the wall,” said Stanley Malinowski, one of the first members of our Credit Union in New Jersey. 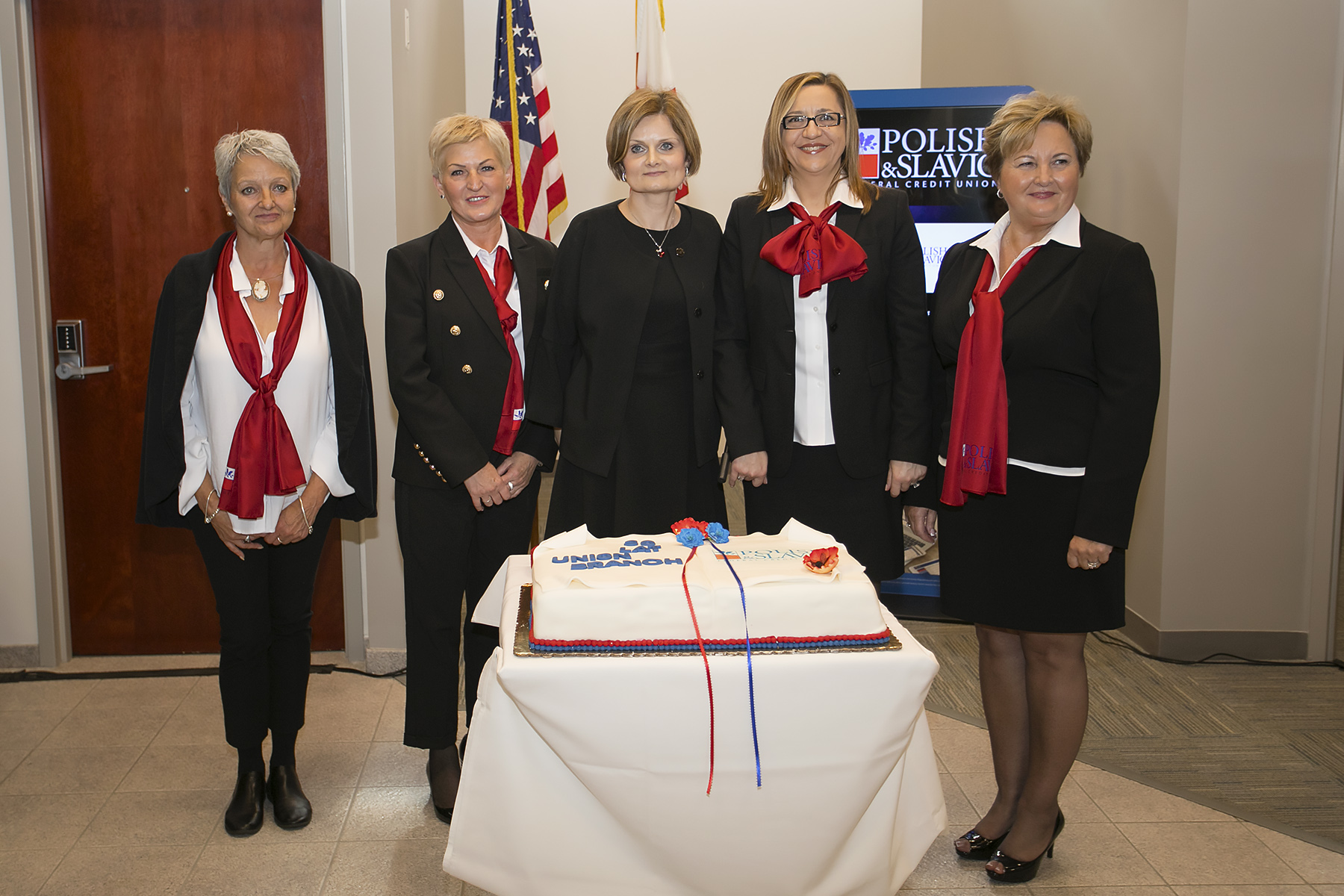 The Union branch was specially honored with a Certificate of Distinction from the St. Casimir Polish Saturday School in Newark. “We are very grateful to our Credit Union for all of its help. At the end of each school year we receive certificates and awards for the schoolchildren, and the PSFCU is also supporting the construction of our school library with the latest books from Poland,” said the School’s Principal Urszula Gora. “Without the support of the Polish & Slavic Federal Credit Union, Polish ethnic organizations would not be able to operate,” said Tomasz Szybowski, President of the Polish Cultural Foundation in Clark NJ, presenting the PSFCU Union Branch Manager with a special anniversary plaque. 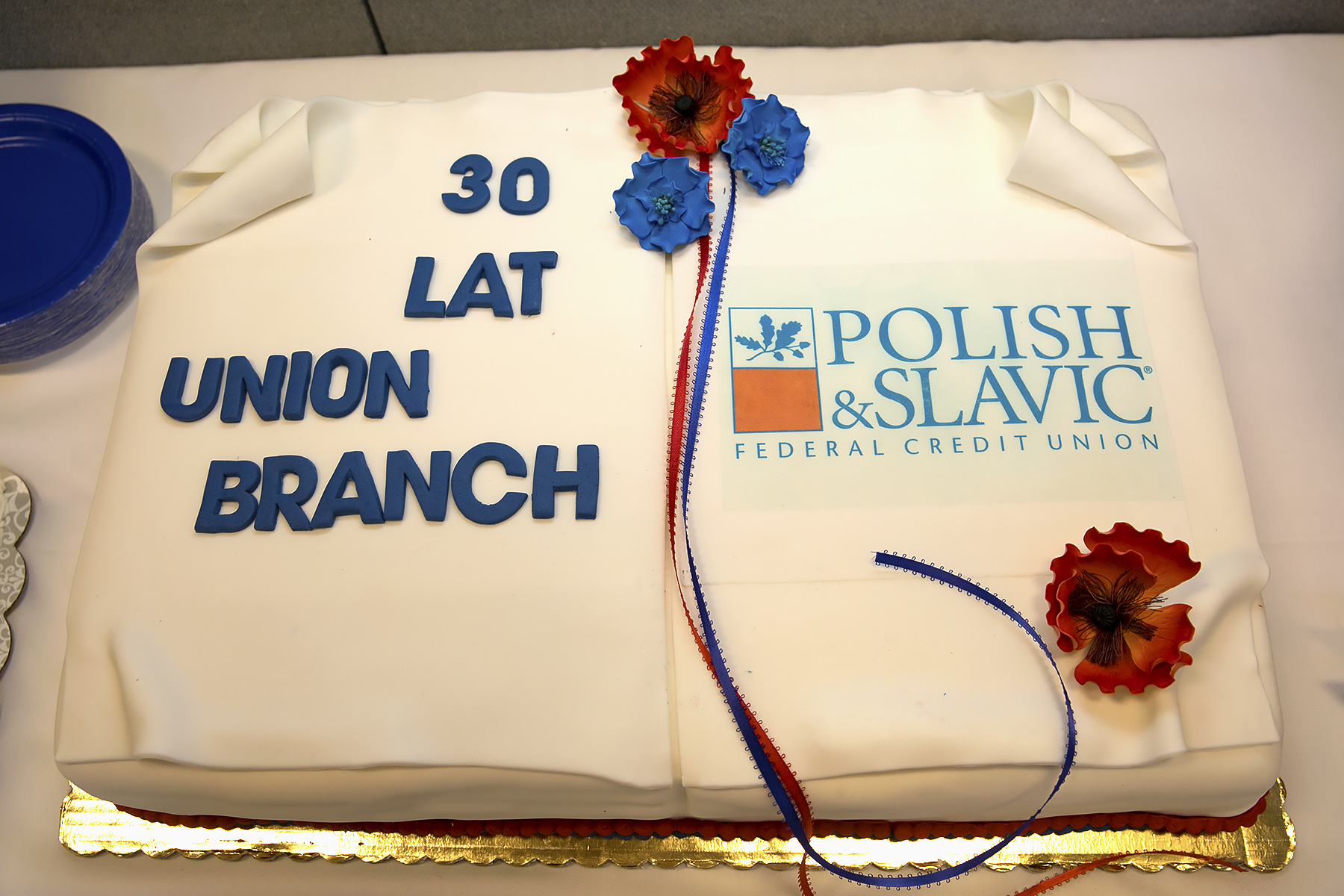 Today, the PSFCU branch at 667 Chestnut Street in Union NJ attracts customers with its modern furnishings and interior. It has almost 5000 members and holds $114,000,000 in deposits and $26,000,000 in loans. Izabela Spólnik-Zuska is the Branch Manager. “Thanks to all of you who come to this branch, we are here and our Credit Union exists. Thank you for being with us,” said Branch Manager Izabela Spolnik-Zuska during the ceremony. According to tradition, at the end of the ceremony the guests in attendance had the opportunity to taste the anniversary cake. 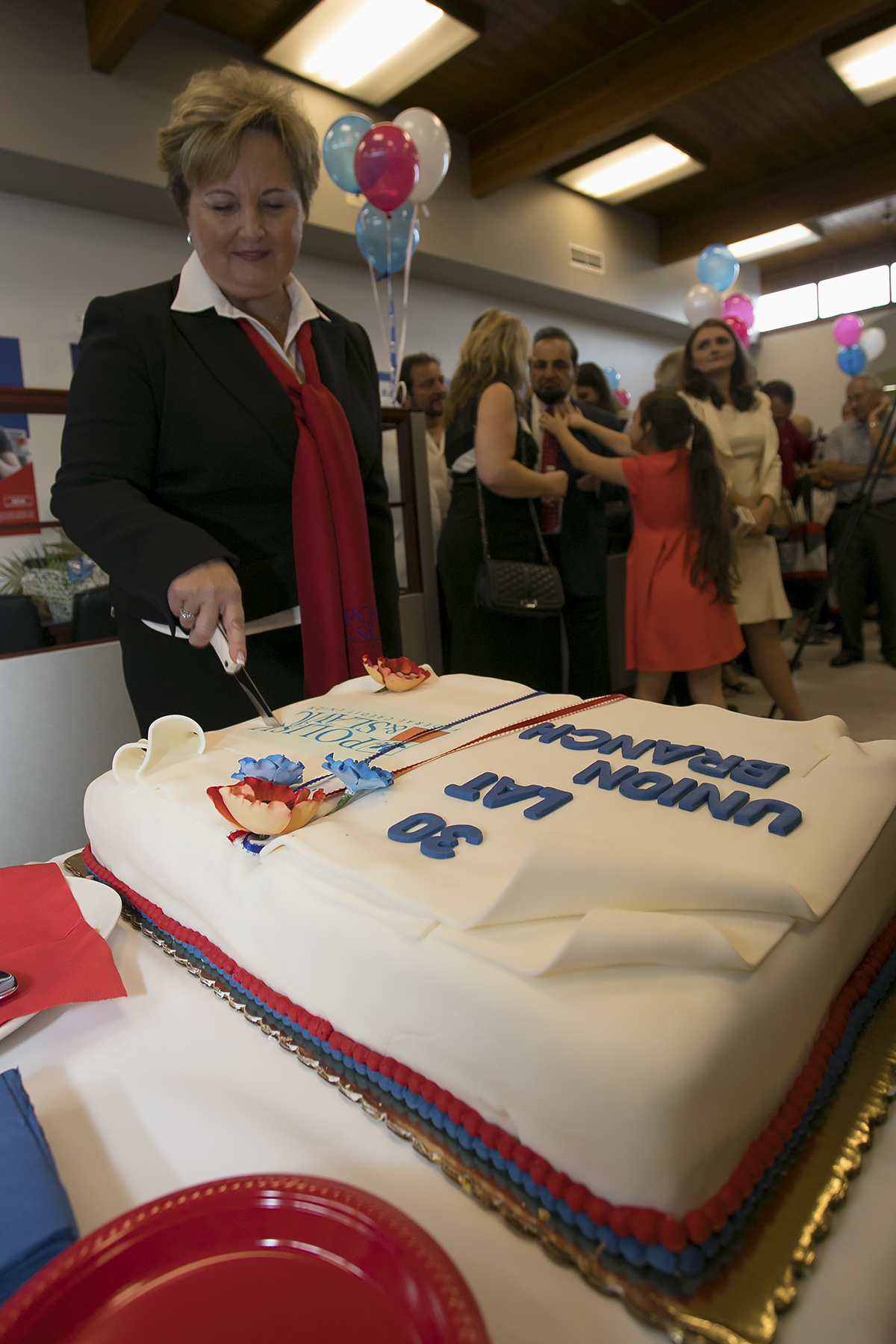 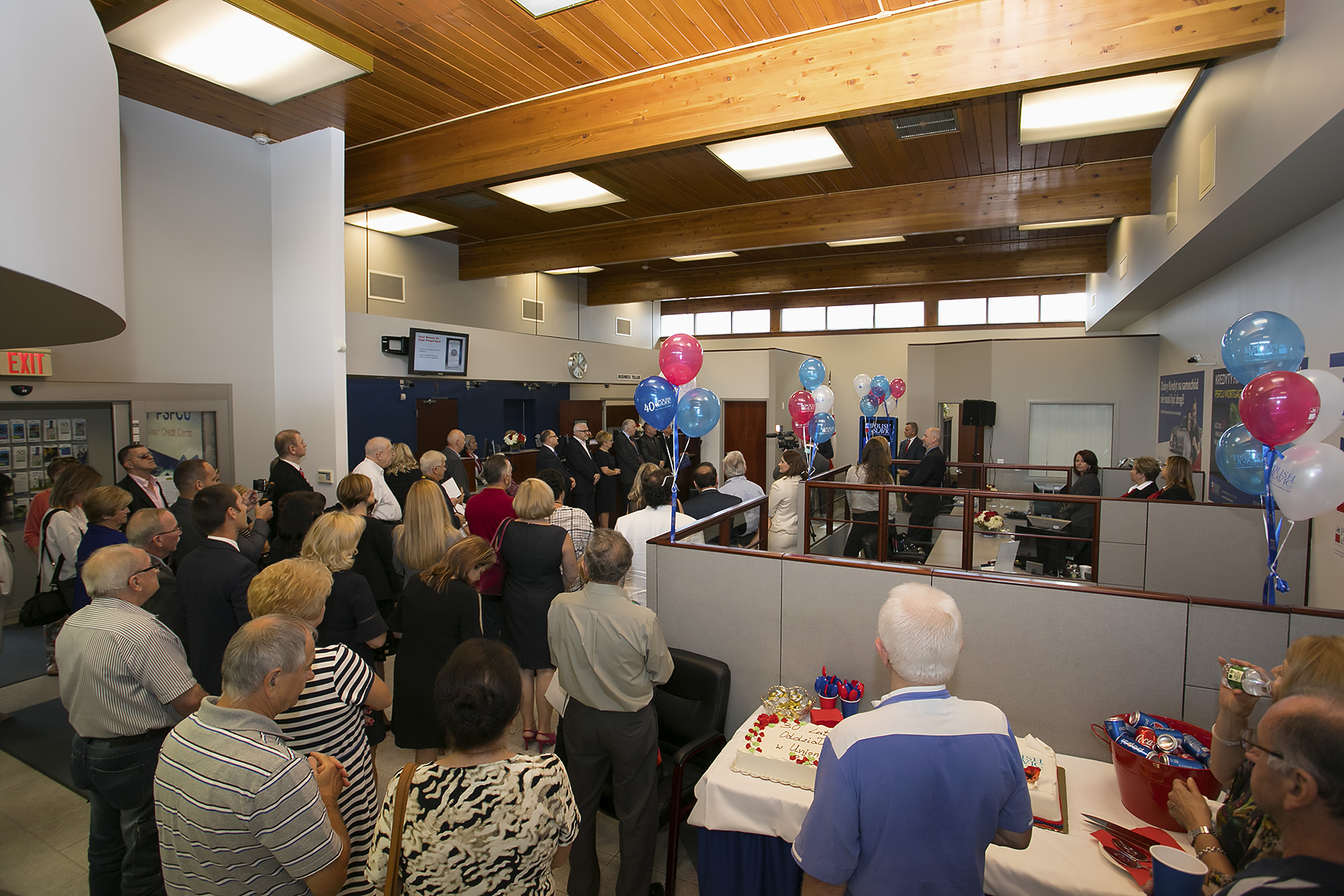 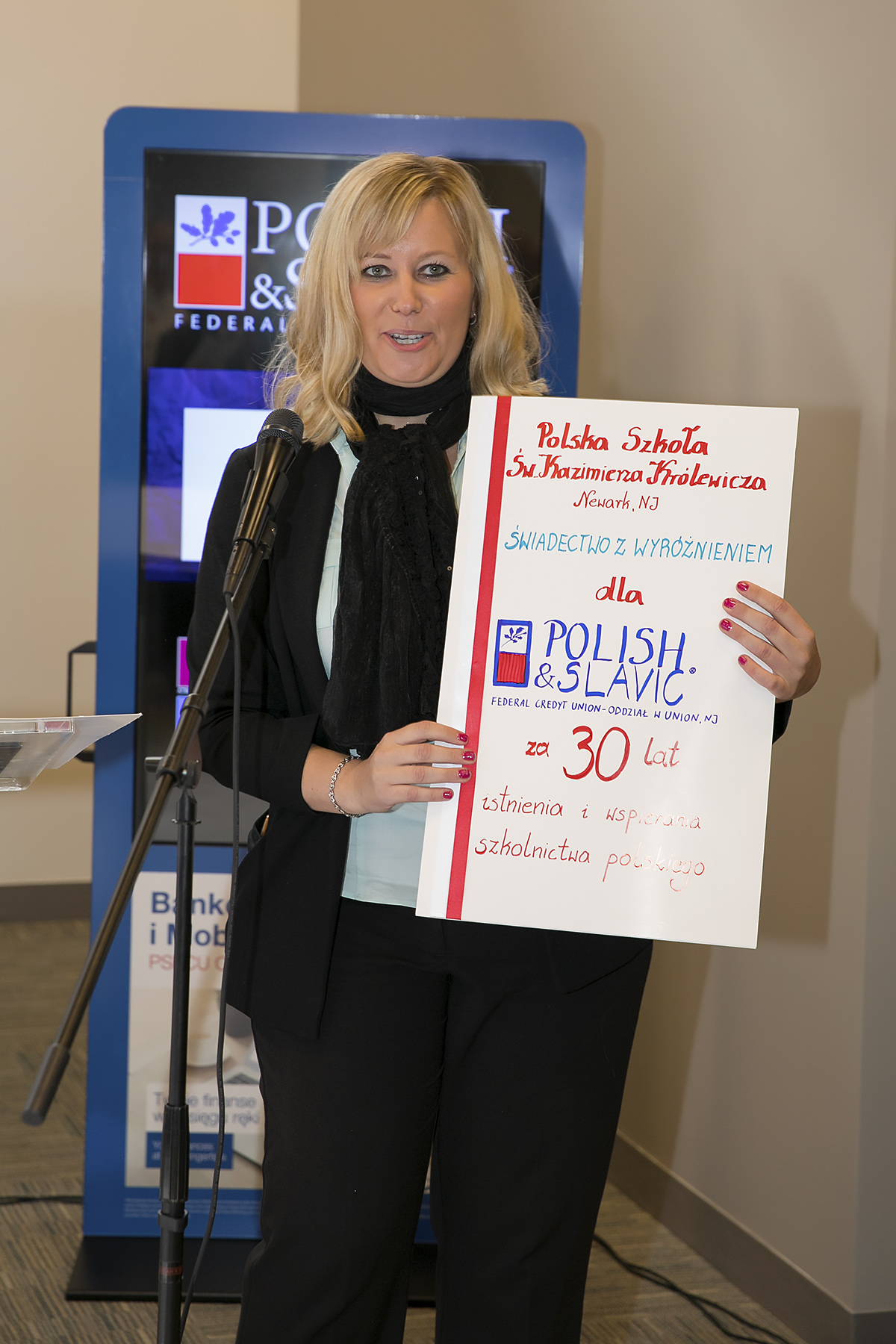