Memories of The Cursed Soldiers

Home > About Us > News > Memories of The Cursed Soldiers

Memories of The Cursed Soldiers

For the fifth time, the East Coast Polish community paid homage to the memory of the Cursed Soldiers. The ceremony was held at the cemetery at the American Czestochowa in Doylestown, Pennsylvania, and our Credit Union was the sponsor.

Every March 1, Poland celebrates the National Day of Remembrance of the Cursed Soldiers. For five years, the Smolensk Disaster Commemoration Committee and District 10 of the Polish Army Veterans Association of America have organized ceremonies commemorating the soldiers of the anti-Communist and freedom-fighting underground who decided to take up the unequal fight for Poland’s sovereignty and independence in 1944-1963.

This year’s observance was held on March 5 at the Cursed Soldiers’ monument at the cemetery at the American Czestochowa, followed by a solemn Mass and academic conference. Attendees had the opportunity to see an exhibition devoted to Danuta Sedzikowna, code name “Inka". “We are here today at the American Czestochowa, the spiritual capital of the Polish community, to pay homage to and commemorate the steadfast Cursed Soldiers who fell fighting and were murdered by the Communists. I invoke you, report for roll-call!” said Tadeusz Antoniak, the main organizer of the ceremony. The roll-call by a volunteer guard of honor was held at the monument bearing likenesses of the soldiers, unveiled in September of last year by Polish President Andrzej Duda. As Antoniak said, President Duda stated that the monument made by Bozena and Andrzej Praszczyk is “one of the finest he has ever seen”. 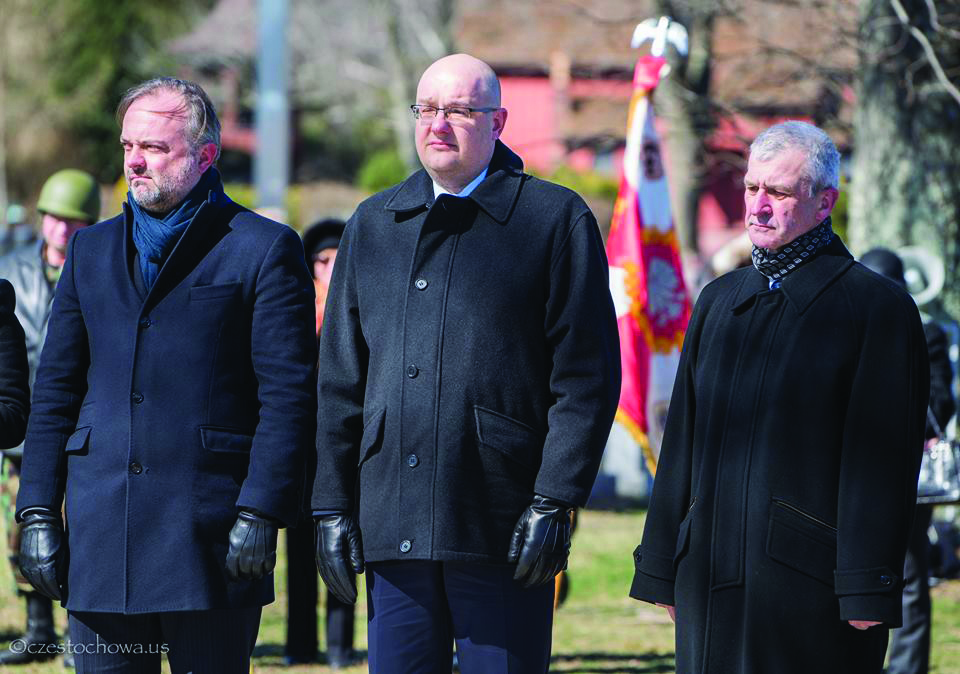 “Since the very inception of the American Czestochowa, this has always been the heart of the Polish community, our heroes are resting here at this cemetery, and so are those who gave their hearts for the Polish community,” said Prior Jan Michalak. Among the guests of honor were Polish Deputy Minister of National Defense Bartlomiej Grabski and Polish Consul General in New York Maciej Golubiewski, as well as representatives of veterans and numerous Polish ethnic organizations. 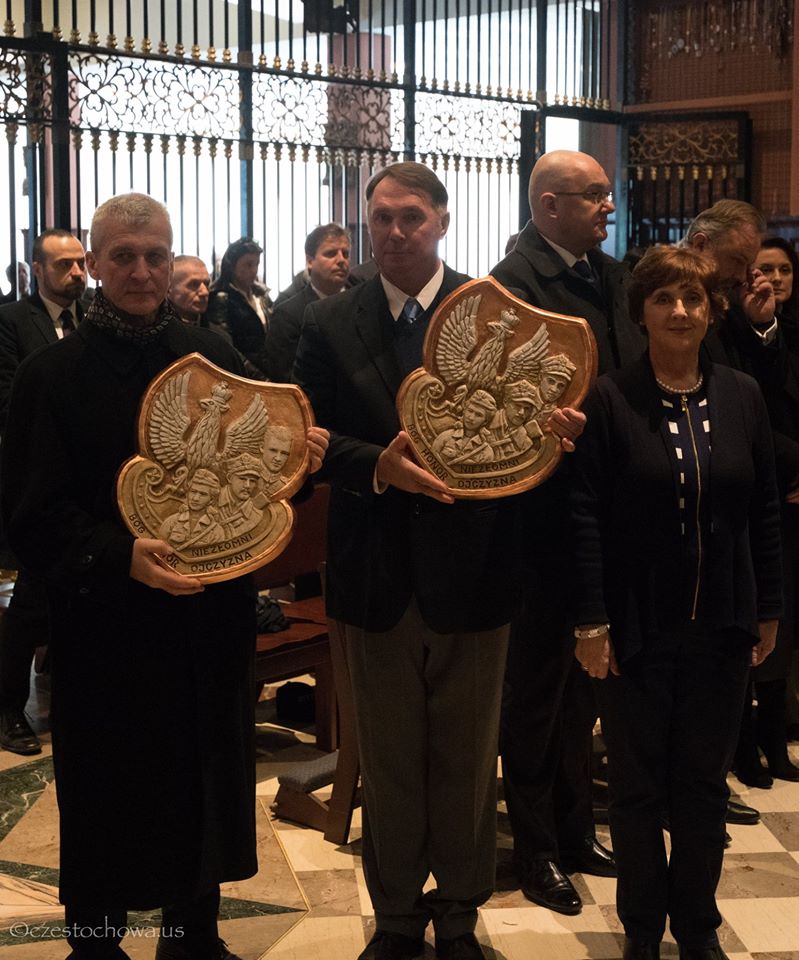 During the service at the shrine, the organizers honored the sponsors of the Cursed  Soldiers’ monument: the Polish & Slavic Federal Credit Union and the Polish Army Veterans Association of America, with special plaques with the image of the Cursed Soldiers and the caption ‘Steadfast. God. Honor. Homeland’. - The Polish & Slavic Federal Credit Union has always supported and will continue to support initiatives and institutions that promote Poland. We actually provide financial support to all those who act in good faith for the benefit of Poland and the Polish community, because we are a patriotic institution.” said PSFCU Board Treasurer Ryszard Bak. Our Credit Union funded both the monument and this year’s observation in Doylestown.