Home > About Us > News > PSFCU Earns 5-Star Rating from BauerFinancial

BauerFinancial has been analyzing and reporting on the financial condition of the nation’s financial industry since 1983. It is regarded as a reputable source of unbiased, independent bank and credit union ratings by federal and state regulators, as well as retail customers. No institution can pay for its rating with BauerFinancial nor can it opt out from being ranked. Financial institutions are ranked based on the evaluation of current and historical data on a number of factors, including capital level, profitability, regulatory compliance and asset quality. 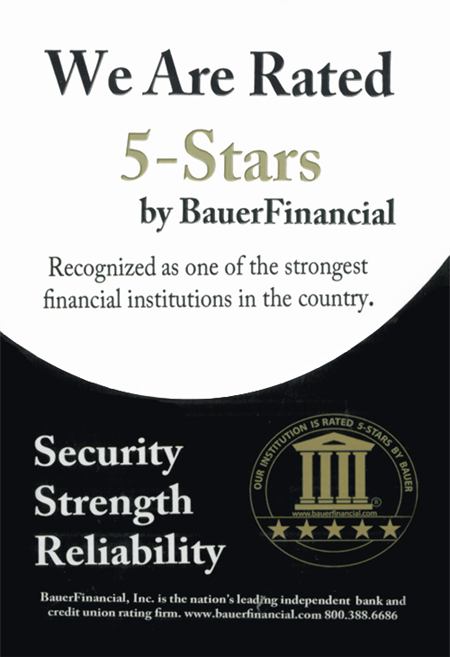