Home > About Us > News > Anita Wlodarczyk at the PSFCU Linden Branch

Anita Wlodarczyk, Olympic Games in Rio champion and world record holder in the hammer throw, met with members of our Credit Union at the PSFCU branch in Linden, New Jersey. 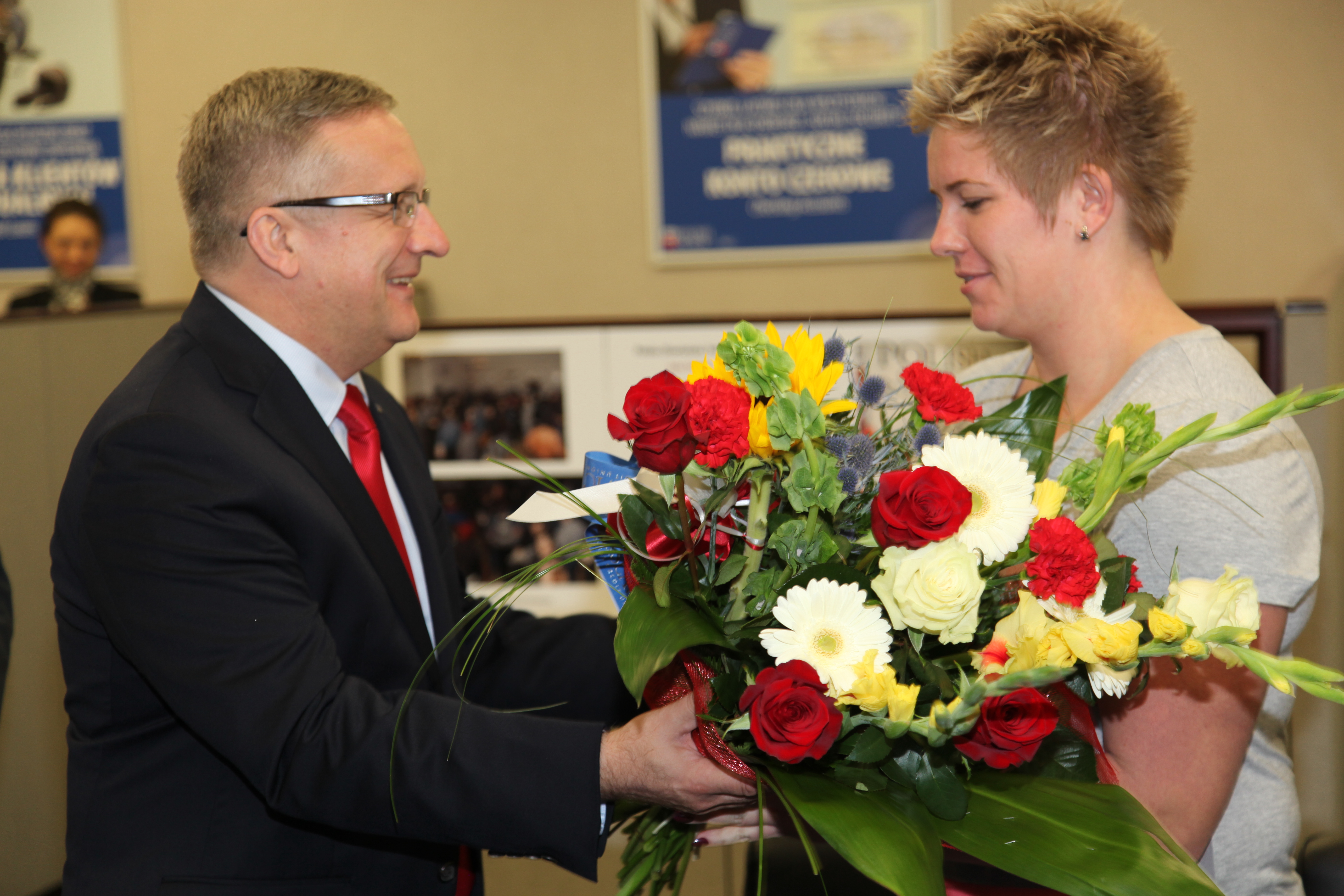 The first woman to cross the barrier of 80 meters in the hammer throw spent several days in the New York metropolitan area in October and marched in the annual Pulaski Day Parade on Fifth Avenue in Manhattan. She met with New Jersey fans at the PSFCU Union branch. They asked her questions about her fight for the gold medal at the Olympic Games in Rio, the beginnings of her career and her plans for the future. “I was really surprised that so many people came up to me and congratulated me on my performance. It is really nice that, even though you live outside of the country, you remember about Poland  and are with us,” said Wlodarczyk at our Credit Union branch, adding that she would remember her participation New York’s Pulaski Day Parade for the rest of her life. 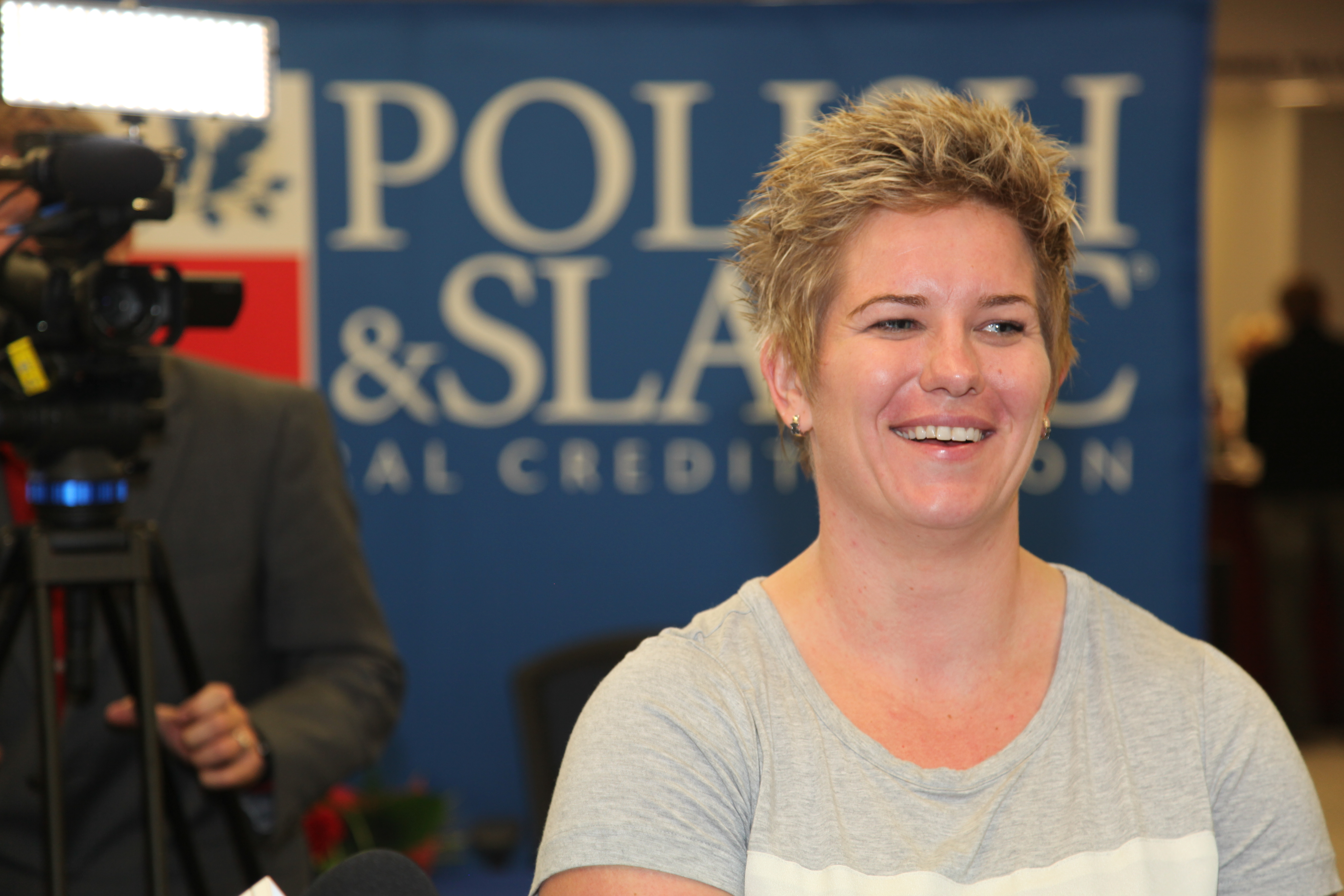 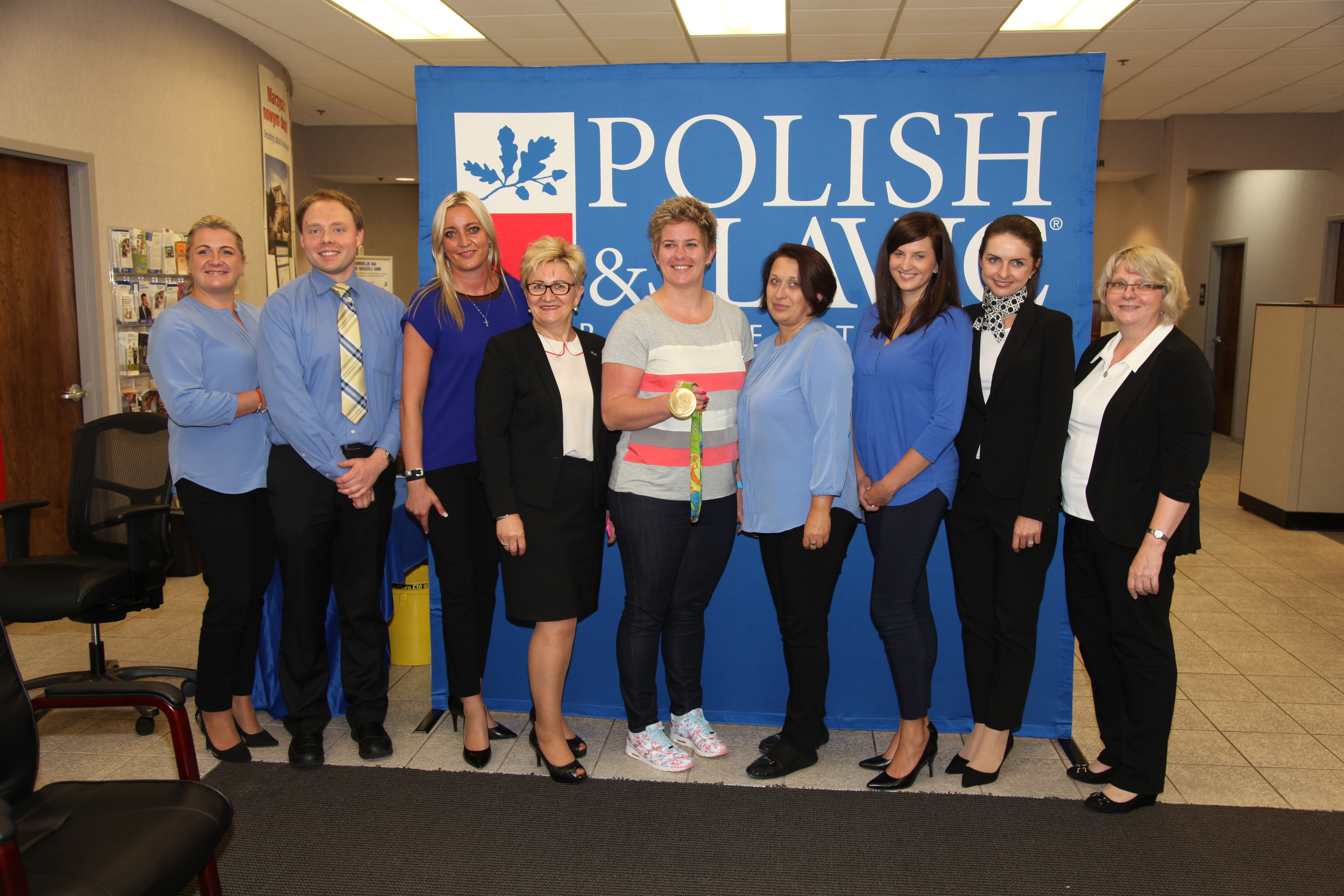